Our School was founded in 1899, originally as the London School of Tropical Medicine, by Sir Patrick Manson. Manson was a physician who had worked in the Far East, where he encountered tropical diseases and was frustrated by his lack of knowledge, and believed that doctors should be trained in tropical medicine. The original School was established as part of the Seaman’s Hospital Society in the hospital ships docked in Greenwich, where tropical diseases could be studied in their acute stages.

After a brief period in the early 1920s based at Endsleigh Gardens, just up the road from our present site, the School moved to Keppel Street thanks to a $2m gift from the Rockefeller Foundation to develop a London-based institution that would be world-leading in the promotion of public health and tropical medicine. The enlarged School, now named the London School of Hygiene & Tropical Medicine, was granted its Royal Charter in 1924.

In 2019 LSHTM celebrated its 120th anniversary, with the theme of “120 Years of Health Innovation”. Some of our landmark moments include LSHTM researchers Richard Doll and Austin Bradford Hill publishing their preliminary study establishing the link between smoking and lung cancer in 1950; and the Medical Research Council Streptomycin in Tuberculosis Trials which took place at LSHTM in 1948, a study which is generally accepted as the world’s first randomised clinical trial. 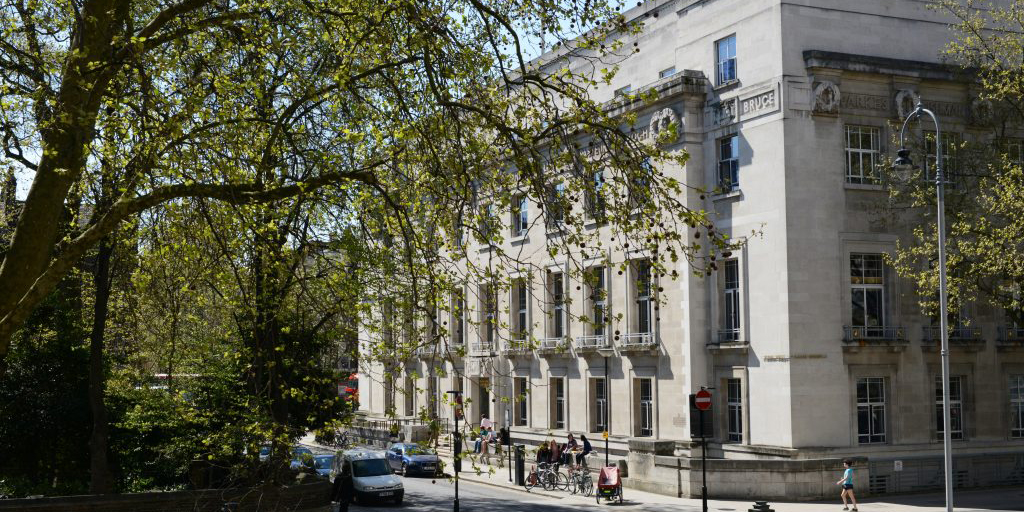 Our main building on Keppel Street is characterised by its many distinctive art deco features. Above the main entrance, there is a carving of Greek gods Apollo and Artemis riding a chariot. This image, now used as the LSHTM’s logo, was taken from a Sicilian coin struck in 466 BC to commemorate the end of a great pestilence. Artemis, the goddess of hunting and chastity, and comforter of women in childbirth, is driving while her brother Apollo, the god of prophecy, music and medicine, fires arrows symbolising healing rays of sunlight. The date palm was added to indicate the tropical associations of LSHTM.

The first floor balconies are decorated with gilded vectors of disease. These include the Tsetse fly, which transmits sleeping sickness; the tick, which carries diseases such as Lyme disease; and two species of mosquito: Aedes, which transmits yellow fever, dengue fever and Zika, and Anopheles, the vector of malaria.

At the top, a frieze surrounding the building displays the names of 26 pioneers of public health and tropical medicine. As well as Manson, the names include Jenner, who developed smallpox inoculation; Lister, who introduced antiseptic as a technique in surgery; and Ross, who discovered the mosquito transmission of malaria. Until 2019 no women’s names appeared on the frieze (no one knows why!) however as part of our 120th anniversary celebrations we added the names of three women health innovators to the Gower Street side of our building:

Inside the building, the eclectic mix of architectural styles is striking. The art deco staircases and parquet corridors surround two modern structures in the North and South Courtyards. These were opened in 2004 and 2009 respectively, and constructed to increase research and teaching space as LSHTM has grown both in the scope and reach of its work, and number of its staff and students.

Seating up to 270 people, our main lecture theatre is named after the legendary John Snow. Snow was the ‘father of modern epidemiology’, earning this moniker through his identification of cholera as a water-borne disease by tracing an outbreak in the Soho area of London to a local water pump. Snow removed the pump’s handle to prevent others from contracting cholera from its waters, and a replica pump now sits outside the theatre. You can raise a glass to Snow’s legend at the John Snow pub on the original site in Soho – where another replica was installed in July 2018.

Another highlight is our beautiful library, which was given pride of place at the front of the building. The main reading room remains virtually unchanged from when it was first built, although the chandeliers hanging from the ceilings are newly-added replicas of the originals and the parquet floor has recently been restored to its original splendour. Light pours in through the large windows and you’ll be able to see leaves rustling in the trees of the gardens across the road, making the library a very serene place to study. 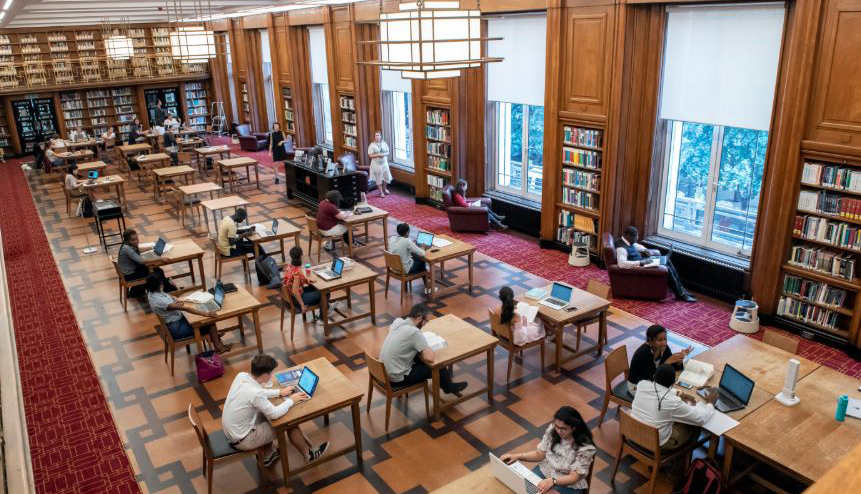 In the upper reaches of the building, you will find our state-of-the-art teaching and research laboratories and insectaries, which house the world’s longest-established mosquito colonies.

The structure of LSHTM

LSHTM is divided into three academic faculties: Epidemiology & Population Health (EPH), Infectious & Tropical Diseases (ITD) and Public Health & Policy (PHP). Each of our master’s programmes ‘lives’ within one of the faculties, although several are joint across more than one faculty. These divisions are purely administrative, as you will share modules, lectures and classes with students from other courses and faculties. Similarly, our doctoral students will be affiliated with a particular faculty, however you may have supervisors in other faculties as well. Our Keppel Street building houses the EPH and ITD faculties, while PHP is located in our Tavistock Place building, which opened in 2010 just a few minutes’ walk away.

As well as our faculties, LSHTM is home to 13 multidisciplinary Centres, each facilitating cross-faculty research in a specialised field, including Climate Change & Planetary Health, Epidemic Preparedness & Response, Antimicrobial Resistance, Health in Humanitarian Crises and Maternal, Adolescent, Reproductive & Child Health. The Centres also organise seminars and events, and many are keen to have students take on an active role in their work. By joining the Centres, you will be able to access a network of peers with shared interests, a central hub of academic excellence and the chance to expand your career skills through active involvement.

Additionally, in 2018 the MRC Unit The Gambia and the MRC/UVRI Uganda Research Unit formally joined LSHTM. The transfers built on the existing strong relationships between LSHTM and both Units, ensuring even stronger scientific collaboration that will boost research capacity into current and emerging health issues in Africa and throughout the world.

We hope that when you join us as a student you will be able to take the opportunity to explore our buildings more, allowing yourself to get lost in the labyrinth of corridors; to reflect on over 120 years of rich history in epidemiology, public health and tropical medicine; and to consider how your studies at LSHTM can contribute to the future of improving health worldwide. 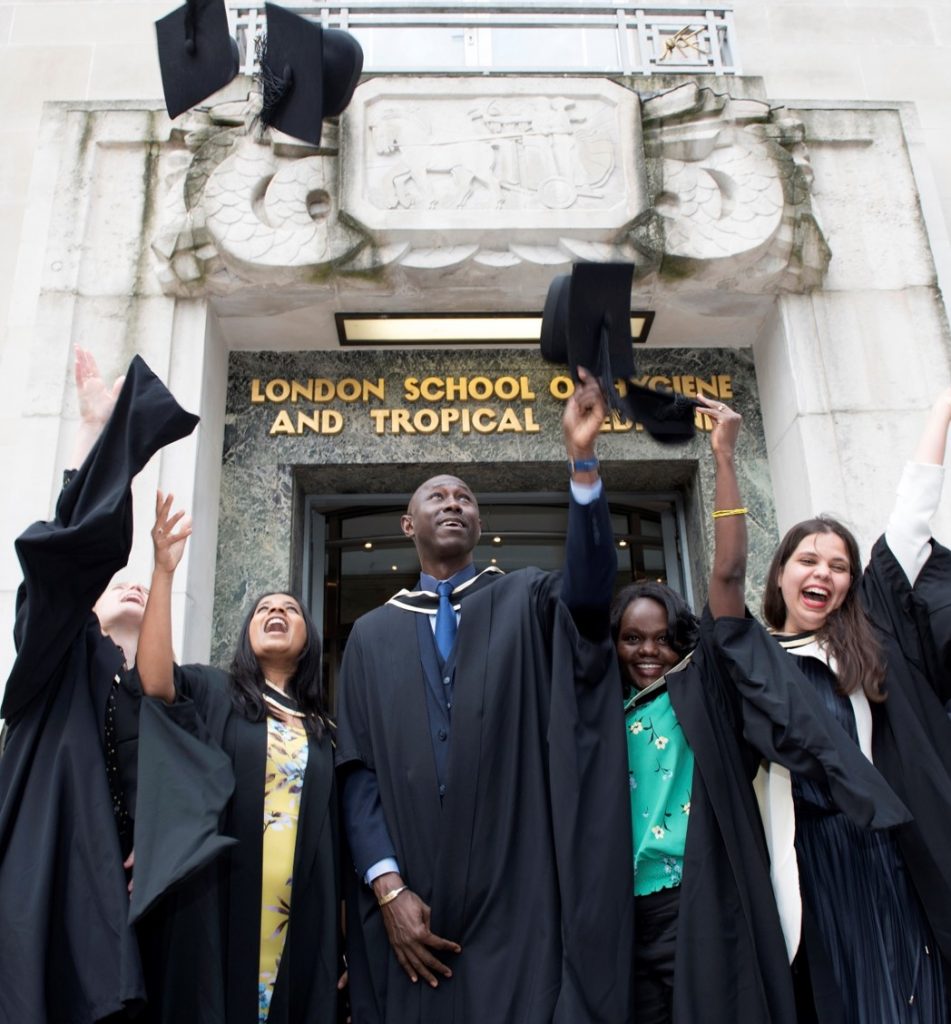 Categories
Student life
Sign up to our Vector* newsletter