We are University of the Year 2016 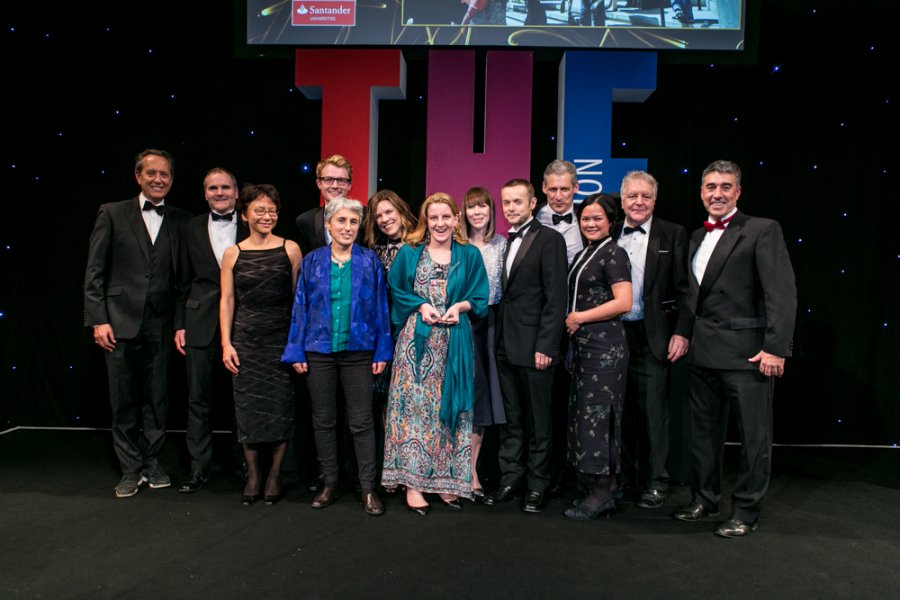 The London School of Hygiene & Tropical Medicine has been awarded the prestigious Times Higher Education (THE) 'University of the Year' award for 2016.

The School was the judges' unanimous choice for the award, given in recognition of its response to the Ebola epidemic in West Africa in 2014/15.

The judges praised the School for putting all of its expertise into action: "It was an extraordinary example of research expertise being deployed in real time in the real world. But the School's response wasn't only about putting people into the field. There was also a need for education to combat Ebola's spread... This was a moment for the London School of Hygiene & Tropical Medicine to come into its own, to pause the normal business of the School to allow its world-leading experts to make a difference in a way for which they are uniquely qualified."

Professor Peter Piot, Director of the London School of Hygiene & Tropical Medicine, said: "We are delighted to be named University of the Year 2016. When the Ebola epidemic got out of control it was our duty to mobilise to help stop this outbreak. Thank you to our committed community of staff, students and alumni for their outstanding work and ongoing dedication to meeting urgent challenges in public and global health."

When the World Health Organization (WHO) declared that the Ebola outbreak in West Africa was a public health emergency of international concern in August 2014, the School coordinated urgent response efforts.

More than 500 academic and professional services staff volunteered to respond, with many volunteers deployed via Save the Children, Public Health England, Médecins Sans Frontières and WHO. The School continued to pay the salary of anyone who volunteered to work on Ebola care and control in Guinea, Liberia and Sierra Leone, or backfill posts in WHO offices, and worked to ensure research funding would be secure while staff diverted their time to the response.

School experts advised international agencies and governments in the UK, Sierra Leone and Liberia and made successful public calls for policy changes to improve the response.

Research efforts supported international Ebola response planning, including calculating what resources were needed, where and when by, in order to halt the exponential growth of the outbreak. The Ebola Response Anthropology Platform was established to help health workers develop culturally sensitive interventions to change behaviour in local communities and stop the spread of the virus. Researchers rapidly mobilised to conduct clinical trials of Ebola vaccines and treatments. Students cleansed Ebola patient record data for WHO to ensure sites of outbreaks were recorded accurately.

Working with the charitable foundation of international footballer Michael Essien, the School produced a Ladybird book, Ebola and You, which was distributed for free in French and English to 100,000 school children in West Africa to help them understand the disease, how to prevent it and to reduce the stigma around it.

The School also created a three-week free online course to provide a better understanding of the Ebola virus for health professionals, workers in the field and students, and to inspire people to learn more about infectious diseases, health systems and public health. The course, 'Ebola in Context', featured our frontline responders on the ground in West Africa and was a resounding success with more than 24,000 participants from 185 countries joining the course, many of whom worked in the field.

Professor John Edmunds received an OBE in the Queen's New Year Honours for his services to infectious disease control, particularly the Ebola crisis response in West Africa. The Ebola Response Anthropology Platform received the Economic and Social Research Council's 'Celebrating Impact Prize'. Prof Piot was profiled as one of the 'Ebola Fighters' who were named TIME Magazine's Person of the Year 2014.

Regarded as the 'Oscars of UK higher education', the awards were held on Thursday 24 November at the Grosvenor House Hotel on Park Lane, London and was hosted by actor Richard E. Grant.