The problem with Plasmodium vivax malaria in Cambodia – and what we are doing about it: The VIGTARC project 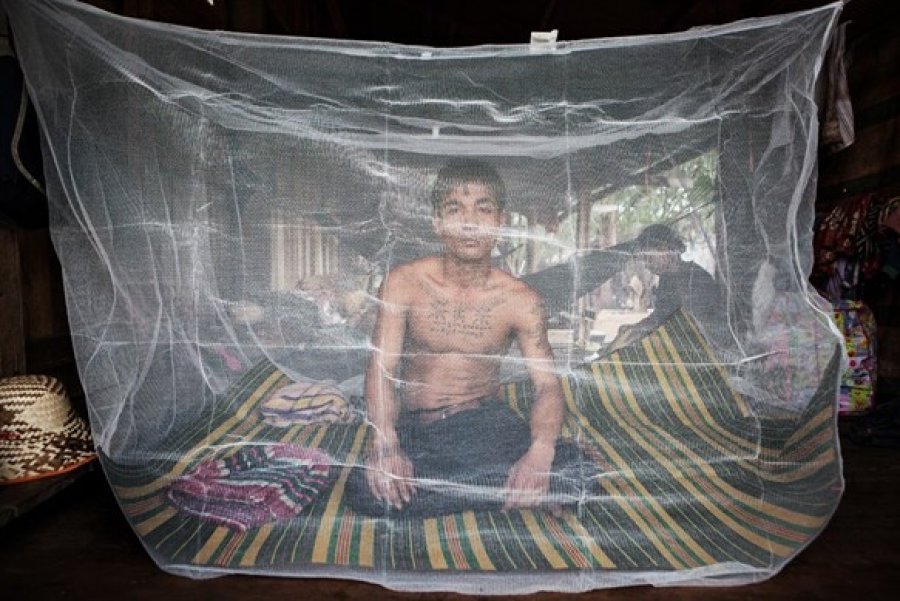 Plasmodium vivax is the most widespread human malaria parasite, endemic to many parts of Asia, the Americas, Africa and Oceania. Transmitted by the female Anopheles mosquito, it is the most dominant malaria species outside of Africa.

Despite this, P. vivax is too often considered a mild and unimportant species of malaria. Due to the higher mortality of P. falciparum, interventions targeting P. vivax have long been neglected. It was even termed “benign tertian malaria” in the past – but we are finding increasing evidence that P. vivax is anything but benign and can lead to complications including severe malaria, severe anaemia and in rare cases even death.

However, for people living in places where P. vivax is endemic, malaria is a chronic relapsing disease which makes it so debilitating.  This is because unlike P. falciparum, the P. vivax parasites are able to lie dormant in the liver as “hypnozoites”, unaffected by Artemisinin-based Combination Therapies (ACTs) or chloroquine, the usual first-line antimalarials used to treat the blood-stage parasites that cause symptomatic disease. Recurrent relapses impact not only the physical health of infected individuals, but their mental health, educational outcomes and socioeconomic status.

How can we prevent relapses?

Fortunately, there is a class of drugs called 8-aminoquinolones which can eradicate hypnozoites thereby preventing relapses; this treatment is known as 'radical cure'. However, these drugs come with a risk of severe haemolysis - breakdown of red blood cells that can lead to anaemia and other complications - in those with reduced G6PD (glucose-6-phosphate dehydrogenase) activity, the most common human enzyme disorder. Additionally, for primaquine, the most commonly used 8-aminoquinolone, the standard regime is 14 days and this has been associated with poor adherence, though patient education and directly observed therapy (DOT) can help. The new 8-aminoquinolone – Tafenoquine, only requires a single dose, however, G6PD testing prior to use is mandatory as Tafenoquine carries the same risk of causing severe haemolysis in those who are G6PD deficient.

Vivax malaria presents a unique combination of challenges for Cambodia.

Firstly, P. vivax infections acquired in this region have the highest relapse rates in the world. This was first noted in soldiers returning home from different regions after the Second World War, as relapses could finally be distinguished from new infections once soldiers had left endemic areas. Although the extent of lifetime burden is not fully understood, even those living in areas of moderate transmission can face up to 10-30 episodes in a lifetime

Secondly, Cambodia has a high prevalence of G6PD deficiency. The risk of haemolysis has resulted in national guidelines mandating that radical cure can only be given if G6PD status is known. Until now, G6PD testing has been unavailable in Cambodia’s public sector, a major barrier to treatment.

Finally, malaria in Cambodia is transmitted by mosquitos that live and breed in the forest.  The at-risk population tends to be adult males from the lowest socioeconomic groups who travel into forested areas for manual work such as logging and construction.  As they are often the main source of household income, the chronic relapsing nature of P. vivax has a huge knock-on effect on whole families and communities. This pattern of infection results in a vicious cycle of poor health and poverty.

Until now both the national and global malaria control and elimination efforts have been focused on P. falciparum, because the Cambodia-Thai border has been at the epicentre of artemisinin resistance. Yet P. vivax is now the most common cause of malaria in Cambodia, with the majority of cases estimated to result from relapses, rather than new infections. Making radical cure accessible is therefore a priority to improve the lives of individuals residing in affected areas.

Hope for the future

The VIGTARC (Plasmodium vivax G6PD testing and radical cure) project is part of the Regional Artemisinin Resistance Initiative (RAI2E), a programme of research funded by Global Fund. It was launched in 2018 through the joint efforts of LSHTM (PI Shunmay Yeung), CNM (Cambodia’s National Malaria Center for Parasitology, Entomology and Malaria Control) and HSD (Center for Health and Social Development, Cambodia) to reduce the enormous burden of P. vivax in Cambodia.

The VIGTARC study aims to implement and evaluate a new model of care for P. vivax infections, that introduces safe G6PD testing and radical cure. This model  is currently being piloted in the four health centres of highest burden in Pursat Province.

To date, more than 600 patients have received a G6PD test and completed a course of primaquine.  Quantitative and qualitative analysis are ongoing but so far have indicated that the model of care is feasible and acceptable in this setting.  Based on early lessons from the project, the model of care is being expanded to the rest of the country. This is a major step in the efforts to eliminate malaria in Cambodia by 2025 and prevent infected individuals submitting to a lifetime of recurrent relapses.