Shunmay Yeung is a paediatrician specialising in infectious disease and global child health with expertise in clinical, epidemiological and health systems research.

Shunmay leads and collaborates in a wide range of research projects in Asia, Africa and Europe. She uses innovative research approaches and a range qualitative and quantitative research skills to address key questions in global health and infectious disease. Current project include DIAMONDS, an ambitious EU Horizon 2020 funded project involving collaborators across  Europe, the Gambia, Nepal and Taiwan, which aims to develop tests to revolutionise how patients with fever are diagnosed.  The work packages she leads aim to evaluate in which patients and in which clinical settings there is the most need for new tests, and how they can be optimally deployed.   Shunmay is also the lead paediatrician for FIEBRE - a multi-country study which aims to describe the aetiology of fever in Laos, Malawi, Mozambique and Zimbabwe. She is  co-PI on two projects in Indonesia: MENJAGA which aims to improving antenatal testing of HIV, syphillis and heptatis B; and PINTAR which aims to improve the use of antibiotics in private pharmacies.   Recently she has become increasingly involved in research related to Climate Change. She is a co-investigator on the Children, Climate and Cities project and is Co-Chair of the Royal College of Paediatrics and Child Health Climate Change Working Group Research workstream.
Her PhD was on antimalarial drug resistance and drug policy and was undertaken in Bangkok and Cambodia, under the supervision of Professors Sir Nicholas White and Dame Anne Mills. Subsequently she worked for the WHO in Geneva, and for Oxford University and was co-ordinating investigator for the BMGF funded Artemisinin Resistance Confirmation, Characterization and Containment (ARC3) consortium.  She was a principal investigator for the FCDO funded Tracking Resistance to Artemisinins Collaborations (TRAC and TRAC2). She has worked in close partnership with the Cambodian national malaria control programme (CNM) and other local partners on key operational questions such as how to undertake proactive case detection to  eliminate of drug resistant P. falciparum malaria study; and how to implement point of care testing of G6PD and primaquine for the radical cure of P. vivax malaria.
An active clinician, Shunmay is an honorary consultant in Paediatric Infectious Disease at St Mary's Imperial College Hospital. She has also worked as a government medical officer in rural KwaZulu/Natal in South Africa and during the Ebola outbreak in West Africa volunteered wth Save the Children to help set up Ebola Treatment Centre in Kerrytown, Sierra Leone.

She serves on a number of expert and advisory committees, including the Board of Directors for the Angkor Hospital for Children in Cambodia for whom she chairs the Medical Ethics, Education and Oversight Committee.

Shunmay is enthusiastic and active educator and has organised, lectured or tutored on a range of both face to face and distance learning MSc modules and short courses including:  the DTM&H courses in London, Uganda, Nagasaki and the Philippines; the MSc modules in Practical Skills for Clinical Research, Control of Communicable Disease and Economic Evaluation.

She lectures externally both within the UK and internationally, has contributed to three MOOCs (Massive Open Online Courses).

She particularly enjoy mentoring and supporting, early and mid-career researchers, medical students and doctors in training. She is a co-lead for the NIHR Integrated Academic Training Programme at LSHTM. 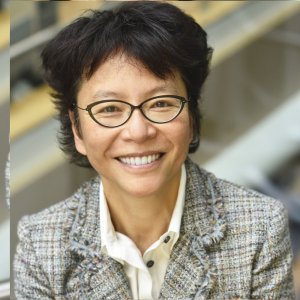