Integrating climate action for health into the post- COVID-19 recovery 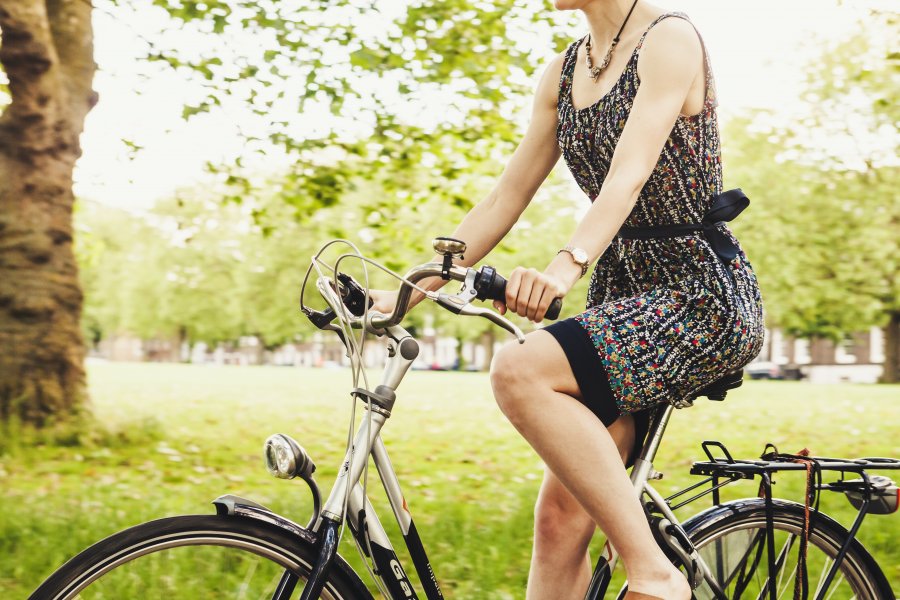 The COVID-19 pandemic has drastically and temporarily disturbed our usual habits, leaving us sensitive to new information and more open to behaviour change. Some of the changes have potential health and environmental benefits for example, in some locations more space on the streets for pedestrians and cyclists and reduced air pollution from fossil fuel burning.

The urgency of having to make these changes in response to the pandemic helped overcome some of the barriers that have stalled the implementation of large-scale changes. This could provide the momentum needed to lock-in behaviours that benefit health and the environment and use the disruption of unsustainable economic patterns to catalyse a shift from a high consumption culture to a more sustainable economy.

City governments in Mexico City, Bogotá, New York, Milan, Paris, Berlin, and London responded to the pandemic by allocating more street space for pedestrians and cyclists to facilitate physical distancing and promote physical activity.The reduction in motorised traffic was a major driver of falls in global emissions during the lockdown.

Although in some cities, policies and sustainable infrastructure installed in response to covid-19 were temporary, other cities, such as Milan and Paris, are committed to making them permanent.

Greenhouse gas emissions have reduced partially in many countries however, as lockdown restrictions have begun to ease, emissions are rebounding. The transient fall will have a negligible impact on climate change. However, a notable fraction of the projected global warming could be avoided through economic recovery that facilitates the removal of fossil fuel and other harmful subsidies and invest in transition to a net zero-carbon economy.

The current economic shock caused by the forced physical distancing measures, including closing down certain sectors of the economy in the initial response to the COVID-19 pandemic, will amplify inequalities in health and wealth globally. The wide-spread health damage caused by environmental change that is already apparent will increase, with the potential to widen inequalities further. For example, extreme heat, droughts, fires and floods will increasingly affect populations around the world. It’s time now to build a positive case for a just zero-carbon transition to circular economies based on recycling, remanufacturing, reuse, and shared services.

Such a transition would increase full-time employment opportunities and help the economy prosper. Previous studies have estimated that between 200 000 and 500 000 new jobs could be created in the UK alone. Others have estimated that investment in renewable energy and energy efficiency would provide almost three times the number of full-time jobs compared to the same investment in fossil fuels. Government furlough time could be utilised now to help people develop skills required for a net zero-carbon circular economy.

There is also a need to recapitalise firms that have been badly affected by the recession and prioritise their transition to meeting a combination of health, socioeconomic and environmental sustainability criteria.

Translating the temporary behaviour changes into permanent culture change could be supported through the development of new infrastructure, such as converting roads into pedestrian and cycle lanes, and new policies, including incentivising more flexible working from home, virtual meetings and medical consultations where appropriate, as well as less long-distance business travels.

The next year or so will bring major opportunities to unite global actors in decisive action to protect and promote the health of human populations and natural systems. The recent letter from representatives of 40 million health professionals to the heads of G20 governments urging investments in a zero-carbon, healthy recovery is an example of the leadership needed to lock-in the changes required to sustain human health long-term.