How digital technology can optimise antibiotic prescribing for drug-resistant infections

21 November 2022 London School of Hygiene & Tropical Medicine London School of Hygiene & Tropical Medicine https://lshtm.ac.uk/themes/custom/lshtm/images/lshtm-logo-black.png
This World Antimicrobial Awareness Week, we’re highlighting the work of researchers at LSHTM in the AMR Centre, Centre for Mathematical Modelling of Infectious Diseases (CMMID) and the TB Centre, who are working together to develop tools to improve antibiotic prescribing for drug resistant infections, including TB. 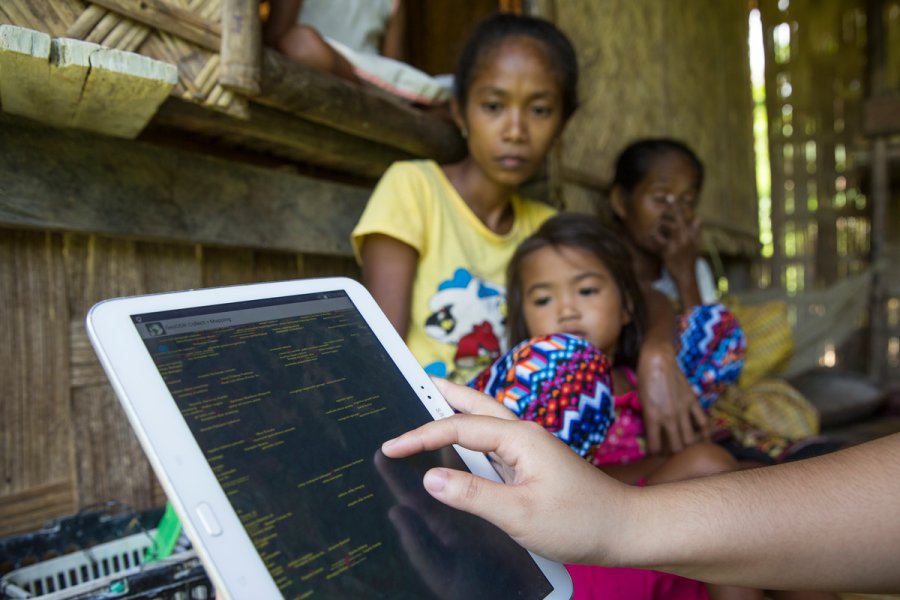 Drug resistant tuberculosis (DR-TB) is a major contributor to the global burden of antimicrobial resistance (AMR), with some estimates suggesting TB is responsible for up to a third of AMR-related deaths - although these estimates vary.

It often takes time from the presentation of people with symptoms of bacterial infection at healthcare settings, to diagnosis - with a further delay to receive results of tests to check which antibiotics would be most effective.

How is drug resistance identified?

Determining if a patient is infected with a resistant bacteria requires taking a clinical sample from the site of potential infection, and using this to determine what bacteria are present. Any bacteria identified then have to be grown in the presence of antibiotics in a laboratory to see if that are resistant, or their DNA extracted to see if they have the genetic material conveying resistance.

In the last decade there has been a wide roll-out of rapid molecular tests that can identify Mycobacterium tuberculosis, and mutations that cause resistance to rifampicin - a key first-line antibiotic. However, for potent second-line drugs such as fluoroquinolones, bedaquiline, pretomanid and linezolid, drug susceptibility testing coverage is lower or zero, and the results are less timely when available. Only around half of people with TB with rifampicin resistance have access to further testing, despite the fact that in some settings as many as 60% of these individuals may have resistance, necessitating longer and more toxic regimens.

In the absence of testing, healthcare providers have to make an educated guess on which antibiotic to prescribe - known as empiric treatment. This runs the risk of treatment failure and onward transmission, unnecessary adverse events, and increased costs.

The decision-making process about which antibiotics to prescribe relies on a combination of factors - what the distribution of likely bacteria that cause the infection are, and how likely they are in this setting to be resistant to the antibiotics available. Combining these together gives a probability that a given drug will be effective, and this is where mathematical modelling and data analysis can help. In particular, this is where online digital tools can summarise complex data into simple indicators of antibiotic efficacy to support decision-makers as to the most likely optimal prescribing regimens.

Dr Finn McQuaid and colleagues in the TB Centre have been working on an app which explores the trade-offs between the adverse effects of a new therapy, versus the level of resistance to that therapy in a population. The app being developed could help policymakers to choose between different regimens to recommend at a population level, by incorporating regimen characteristics, population factors and the risk of adverse events they are willing to incur.

In a similar way, Dr Gwen Knight and colleagues in Zambia have been developing a tool to determine how local resistance prevalence can inform empiric prescribing guidelines at a local scale for syndromes such as sepsis. This builds on a tool that won the first Wellcome Data ReUse Prize for AMR, by adapting it to be more useful to local decision-makers. A key new component here was accounting for how many patients with an infection actually have a sample of their bacteria taken when deciding the choice of therapy, as typically only those patients with the most serious infections are sampled in resource-limited settings.

In Zambia, the app has been used by clinicians and pharmacists in Lusaka to develop local antibiotic prescribing guidelines. This is key to the next phase of AMR research, as data that comes from the app is being used by hospitals to understand their own unique AMR situation will build on AMR surveillance, to support local decision makers to know how to tackle AMR and optimise antibiotic use in their settings going forward. An important consideration will also be accounting for  access to antibiotics, which is a large problem alongside resistance in many settings.

Both of these projects are using modelling and data analysis to inform and improve empiric prescribing tools for bacterial infections, and to demonstrate the importance of cross-working between bacterial infections, including tuberculosis. Using modelling and data analysis, the projects are presenting epidemiological data to those that need it, whether in national programmes or individual clinics, to empower them to make decisions.

Breaking down and reaching across the boundaries between different infectious diseases is vitally needed to tackle the cross-syndrome problem that is antibiotic resistance. At the AMR Centre, we aim to bring together mathematical modellers in CMMID with disease experts, such as those in the TB Centre, to provide the practical and logistic tools that are needed to prevent antibiotic resistance.