27 April 2022 London School of Hygiene & Tropical Medicine London School of Hygiene & Tropical Medicine https://lshtm.ac.uk/themes/custom/lshtm/images/lshtm-logo-black.png
Jacob Wildfire is a 2nd year PhD student working on the spread of resistance genes in MRSA through bacteriophage (what are bacteriophage? Well, read ahead). Thanks to funding from the AMR Centre, Jacob was able to attend this year’s Microbiology Society Annual conference (Microbio22). 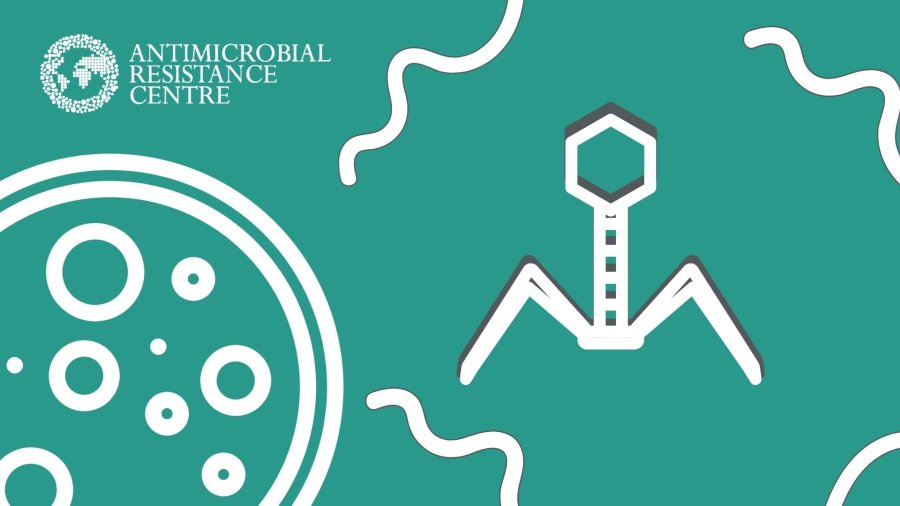 For many, this Microbio22 was the first in person symposium they had ever attended – and I fell neatly into that category. It was a buzzing atmosphere full of exceptional science covering a plethora of scopes. However, during many AMR-related talks I was surprised to find myself repeatedly hearing about research involving bacteriophage. Bacteriophage are viruses that infect bacteria, using them as replicative hosts. In recent years, phage have become increasingly recognised as key players in AMR, from spreading resistance genes to treating resistant biofilm infections. As a result, Micro22 was filled with brilliant phage AMR research.

The talks were fascinating. One of the first I sat in on, by Lisa Lamberte at the University of Birmingham, showed evidence that Staphylococcus haemolyticus made up to >10% of the gut microbiome in a sample of preterm infants, and was a reservoir for mobilisable AMR genes. Mobilisable how, you might ask? Bacteriophage are suspected. Another talk by Andrew Camilli, at Tufts University, demonstrated the use of prophylactic phage treatment in preventing cholera disease in a mouse model. The question was raised: could this be deployed to reduce disease burden in areas with extensively drug resistant cholera?

Phage were also demonstrated to be important in the maintenance of gut and microbiome health, in the evolution of pandemic cholera strains, and in the spread of mobile genetic elements across a variety of bacterial species.

I was also lucky to see a talk by Quentin Leclerc, the PhD student representative of the AMR Centre. Quentin used his own research into modelling resistance gene spreading by phage to emphasises the importance of interdisciplinary research and collaboration.

But of course, not all of the AMR research at Microbio22 was phage related. My personal favourite talk of the whole week was by Jonathan Sutton, from Ysbyty Gwynedd. He demonstrated the efficacy of faecal microbiome transplants in recurrent C. difficile patients, compared to patients treated with doses of vancomycin. The work was compelling and engaging enough to win over many doubtful minds in the audience.

And, as with any conference, it was an opportunity to socialise with other AMR researchers in the cosy pubs of Belfast. I met with many wonderful early career researchers, many performing AMR research with no obvious links to mine. But with Quentin’s message in mind, I believe I have formed relationships with future AMR collaborators.

As my first in person conference, Microbio22 was a valuable experience for me. I learned more about the brilliant research in AMR is underway. I learned how important my area of research is, and how I can stand on my own as an independent researcher. But mostly, I got to have Guinness in Ireland.