How can we protect farmers from zoonotic disease? 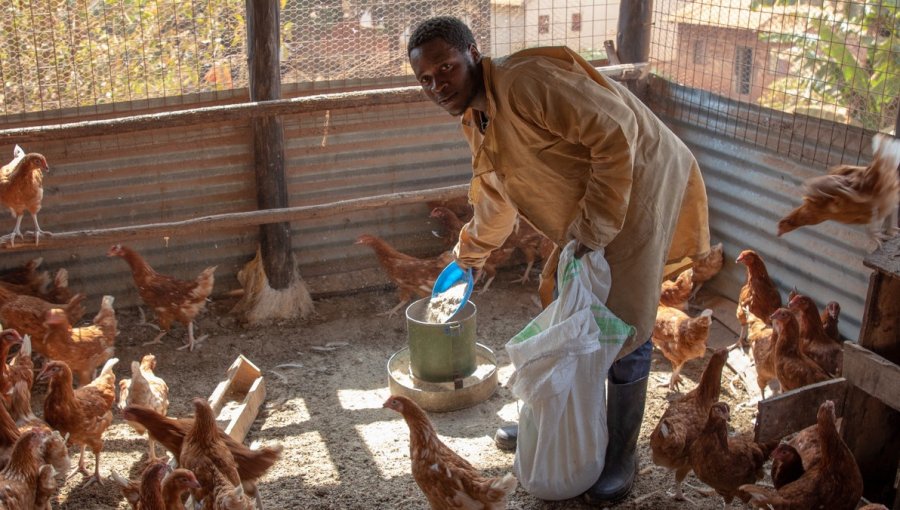 Diseases caused by germs that spread between animals and people, known as zoonoses, are a major cause of concern for human health. We now know that the COVID-19 pandemic originated in animals, most likely bats, before spreading to people – demonstrating how serious the serious public health consequences of zoonotic infections can be if they transmit through the human population.

Bacteria such as Coxiella, Campylobacter, Brucella and multi-drug-resistant Staphylococcus aureus (MRSA – the most commonly known superbug) are known to frequently travel from their animal hosts into people, given the opportunity. Often it’s people working in direct contact with animals, such as farmers, who are at the greatest risk from zoonotic disease.

As well as the harm these diseases can cause to the infected individual, they can put additional strain on healthcare systems and reduce productivity of the agricultural workforce, meaning there is likely also a strong economic case to prevent infection.

A number of studies around the world have investigated whether improving ‘biosecurity’ measures – steps taken to protect people against these bacteria from moving between animals and humans – can help to reduce the transmission of zoonotic disease in farms.

At the London School of Hygiene & Tropical Medicine, MSc student Dina Youssef performed the first systematic analysis of the impact of farm-level biosecurity interventions on reducing the spread of disease from animals to humans, recently published in Zoonoses and Public Health. This is part of the work of the Agriculture and Infectious Disease group at LSHTM, funded by CGIAR Agriculture for Nutrition and Health programme.

14 studies were analysed that met the criteria for our review. They covered a range of measures including handwashing, sanitisation and hygienic measures, personal protective equipment (PPE), vaccination and changes to routine farm activities. A mixed picture emerged from the results; while the majority of studies did indicate that biosecurity measures reduced bacteria transmission to farmers, there were some studies that found no statistically robust evidence of benefit.

Counter-intuitively, some even indicated that biosecurity interventions increased transmission, however, these results also indicate a lot of uncertainty surrounding their estimated effect, which could be due to small numbers of cases or subjects within their study.

Importantly, our review highlighted the lack of research in this area, with few large, comprehensive studies available. With many variables to consider, including different species of bacteria, types of livestock and study locations, more comparable data is needed in order to identify the most effective biosecurity interventions for different scenarios.

What’s more, most studies didn’t include economic data (only 1 out of 14), meaning the monetary costs and benefits of implementing such interventions (taking into account impact on human infections) are largely unknown. These estimates are crucial in setting national One Health policy, and in selecting the most efficient infection prevention measures at the farm-level.

With expanding human populations leading to the rapid intensification of farming in many parts of the world, coupled with rising levels of antimicrobial resistance, it’s never been more urgent that we gather more high-quality data to understand how to protect farmers – and the wider population – from the threat of zoonotic disease.

Youssef, DM, Wieland, B, Knight, GM, Lines, J, Naylor, NR. The effectiveness of biosecurity interventions in reducing the transmission of bacteria from livestock to humans at the farm level: A systematic literature review. Zoonoses Public Health. 2021; 00: 1– 14.