Eye Health is essential to Child Health. We work to ensure that all children are getting access to eye health services to ensure they have the best vision possible.

We are a multi professional group of doctors and researchers working in eye health and child health.

75% of blind children live in low income countries and 70-80% of blind children are born blind or become blind by 6 years of age. Up to 2/3 of blindness in children is avoidable (preventable and treatable). Cost-effective measures exist. However there is a severe lack of skilled eye care personnel which means that children with eye problems are not detected or treated. The primary health workers who care for young children and see them regularly are not trained in eye care, and eye health is not currently included in primary child health programmes or policies.

We want every child health worker to be trained in eye care. In at least 100 countries, primary level services for young children are based on the joint WHO and UNICEF global programme, the Integrated Management of Childhood Illness (IMCI). However, IMCI does not include eye care. Including eye care as part of IMCI would be a sustainable and scalable solution to address the gap in primary eye care services for children globally. We want WHO, UNICEF and national governments to put eye care for children into their child health services as an essential component ensuring all children get access to basic eye care services which could prevent thousands of children from going blind. Subsequently this training programme could be adapted to be include in any primary level child health programme in low income countries globally.

We will also be implementing and testing our solution in other countries globally, starting with India.

We conducted a pilot study in the Dar es Salaam, the largest city in Tanzania. Twenty-eight primary level staff who provide services for children aged 0-5 years in 15 health facilities received training in the WHO “ten key activities for healthy child eyes”. We found that before training, their knowledge of how to prevent, identify, treat and refer children with eye conditions was poor. But, one year after staff were trained, 82% correctly diagnosed cataracts from an image, with a correct management decision in 70% of cases. In comparison, untrained staff could only correctly diagnose 33% of cases, with a correct management decision in just 20% of cases. After training, we also found that several clinics had reinstated good practice which they have previously stopped, such ocular prophylaxis for newborn babies which prevents a severe form of conjunctivitis called ophthalmia neonatorum.

Given the promising findings of the pilot study we established a Steering Committee in Tanzania with representatives from the Ministry of Health, the National Prevention of Blindness Co-ordinator, WHO, UNICEF, international NGOs and technical experts. A “Theory of Change” was constructed for reducing visual loss in children from avoidable causes. This had three broad causal pathways identified: actions by mothers to prevent blinding eye disease; actions by staff to prevent eye disease, and detection and referral of children with serious eye conditions.

It was agreed that another, more detailed study was needed in a more typical rural area of Tanzania, which was undertaken in Singida region. A mixed methods design was used, including a community and facility based studies (interviews and observation), focus group discussions, key informant interviews, exit interviews with mothers and document review. This generated a wealth of data which we used to decide which outcomes and other indicators to measure for the evaluation. The main findings in terms of staff knowledge and practices were similar to the pilot study. Staff said they were very keen to be trained, as eye conditions are common, but they do not know how to manage or prevent them.

In our current project we are working with the Ministry of Health in Tanzania to develop and pilot test an eye module to be included in IMCI training. The first group of primary child health workers to be trained in eye health in their IMCI training started in January 2018. This was completed in March 2018. We will be following them up later in 2018 to check on their progress and assess what their knowledge/attitudes and skills. After this feedback the final version of the eye health training materials will be completed and ready for use.

The next step is to rigorously evaluate the effectiveness of our solution in Tanzania, to ensure it does improve health services for children, and look if any improvements are needed. We will compare districts in which the health workers have been trained compared to those who have not been trained in eye care.

We will also be implementing and testing our solution in other countries globally, starting with India.

Working together to develop the new eye training module 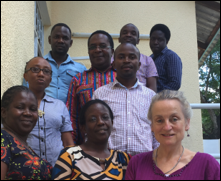 The first stages of the project involved getting everyone round the table- meetings and more meetings! Everyone involved in IMCI and primary child health care delivery at national levels was included, from Ministry of Health, IMCI facilitators, NGOs, WHO and UNICEF. At our first stakeholder meeting our team presented our pilot study and formative research to everyone. We must have made a good case for including eye health in IMCI as the Ministry of Health agreed it should be done! After that good start we were ready to start working together to develop the eye module. This structure was lead by the Ministry of Health as we provided technical input. Everyone had a chance to give their feedback. The first version of the eye training module and materials was finally ready! 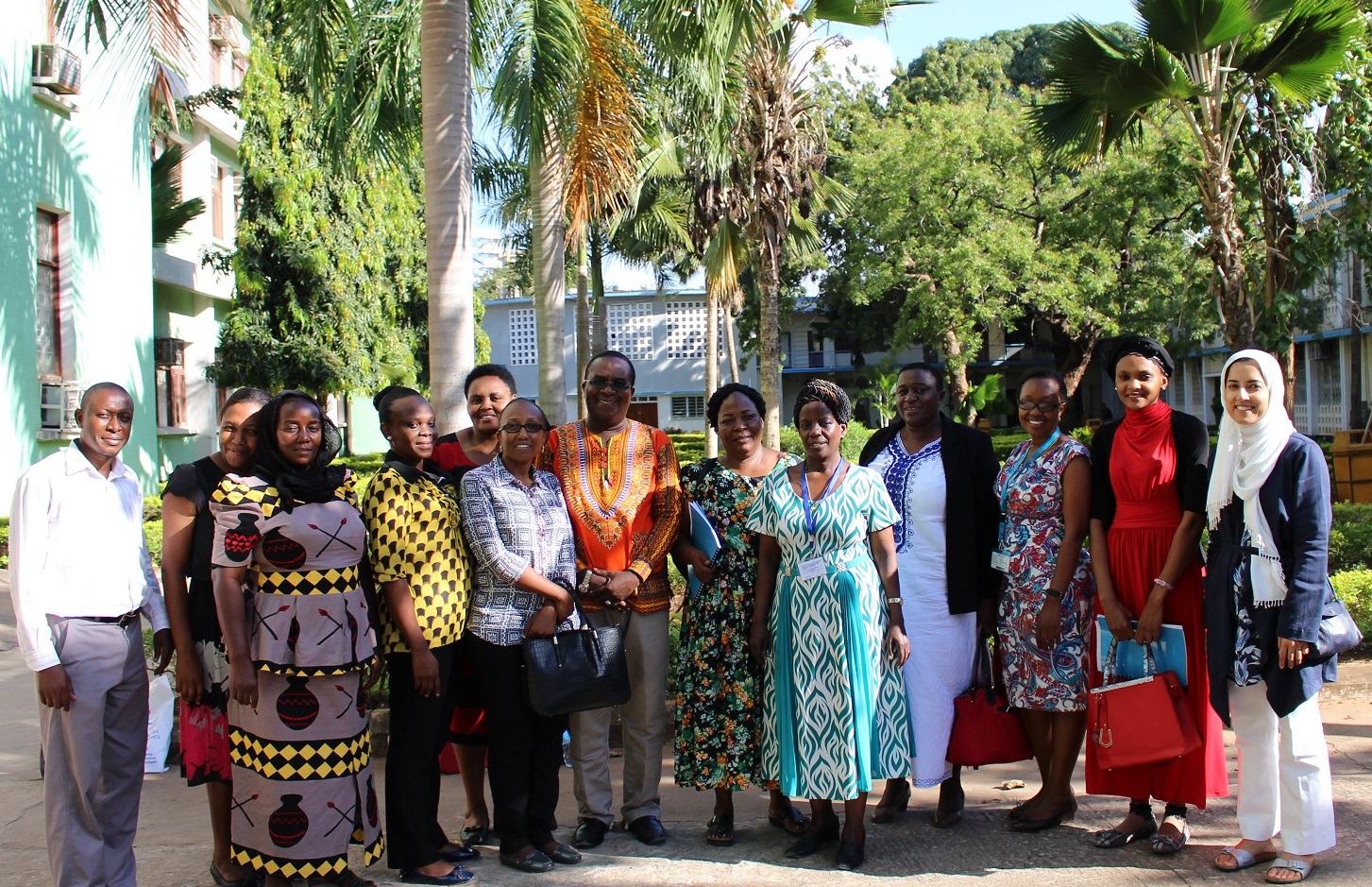 Start of first phase of training

With our module complete we ready to start pilot testing it on our first unsuspecting group of child health workers. We were testing the module being used within the routine training. Therefore again the Ministry of Health undertook their normal IMCI training including the eye care training as one of the modules. The other training modules are topics such as fever, diarrhoea, ear etc. Eye health had finally made its way into routine child health programme. We travelled to the Bahi district in central Tanzania close to the new capital, Dodoma. The training was based in a small hall near the main rural health clinic. The experienced IMCI facilitators led the programme delivering the IMCI training to a group of mixed health workers, mainly nurses but some also some clinical officers. These are the people who see mothers, babies and young children every day, sometimes seeing up to 100 in a day. All agreed that eye problems was something they saw regularly but knew little about. Mostly their response to any eye problem was to give antibiotic drops and few were confident to examine a child’s eyes which meant that mostly they did not do it. Having them finally being taught the basics about eye problems in children will allow them to know when what could be a serious eye problem that needs to be seen at a specialist hospital and importantly, how to counsel the mothers about it. Only a small number of children with serious eye problems such as cataract or retinoblastoma need to be found to have prevented years of avoidable visual loss. 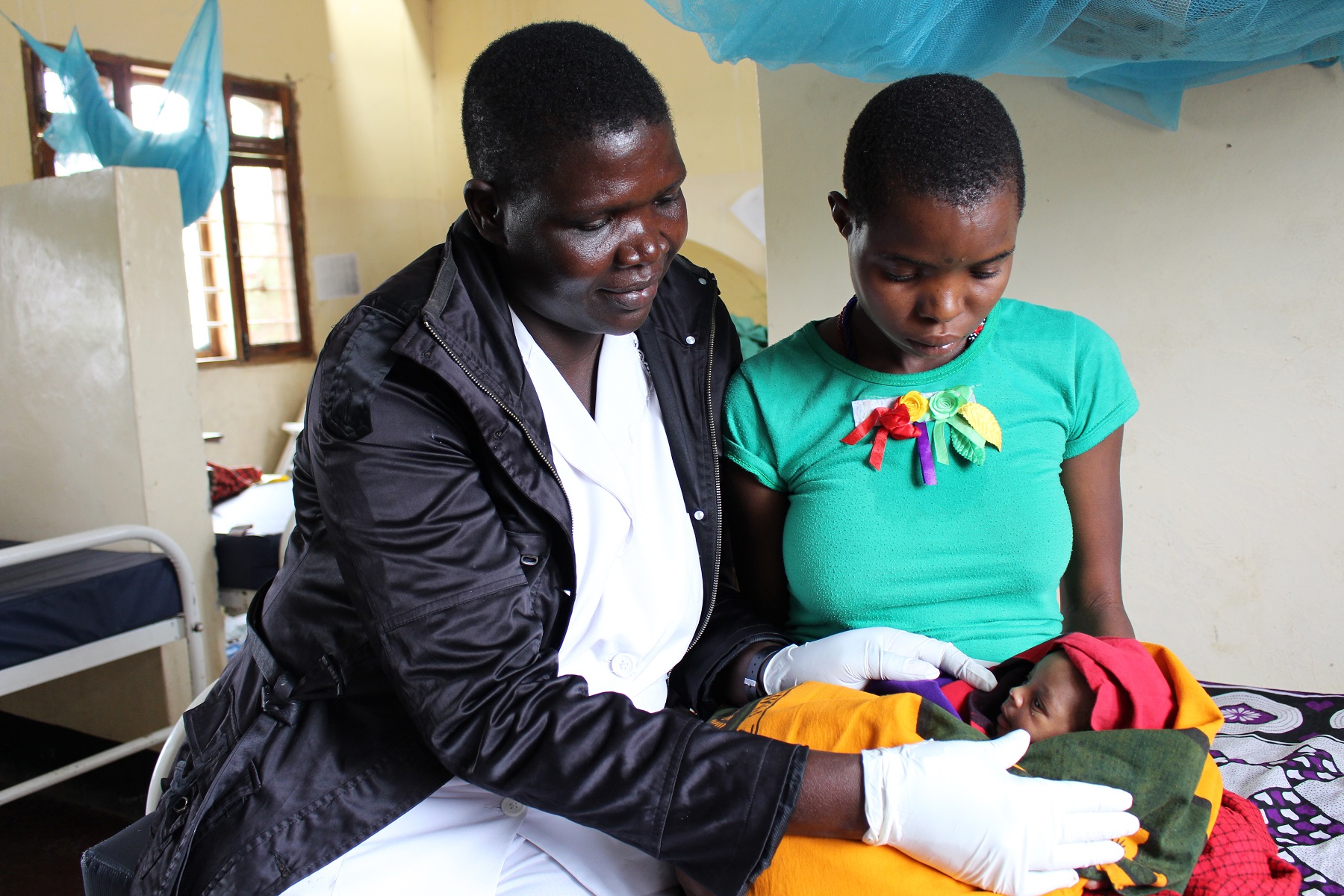 End of first training in IMCI including eye health

The primary health workers gathered again for the third and final time to complete the training  programme. This was their chance to feedback and discuss any issues or questions they may have. They were also fully tested in all aspects of IMCI with a series of MCQs, photo and video tests. Only those who pass received the certificate of completion and any others have to repeat the training. There was opportunity again to go the nearby health clinic to practice their skills on patients and have feedback. They all had to complete our testing of their eye knowledge and skills as well, so they were thoroughly tested by the end. We completed focus groups and one-one interviews with the PHWs to gain their feedback on the training. We continuously evaluate to see where we can improve our training materials.

It was also an opportunity to discuss with our partners the next steps, importantly how we will follow up these PHWs to see the impact of the work and scale up our programme in Tanzania. 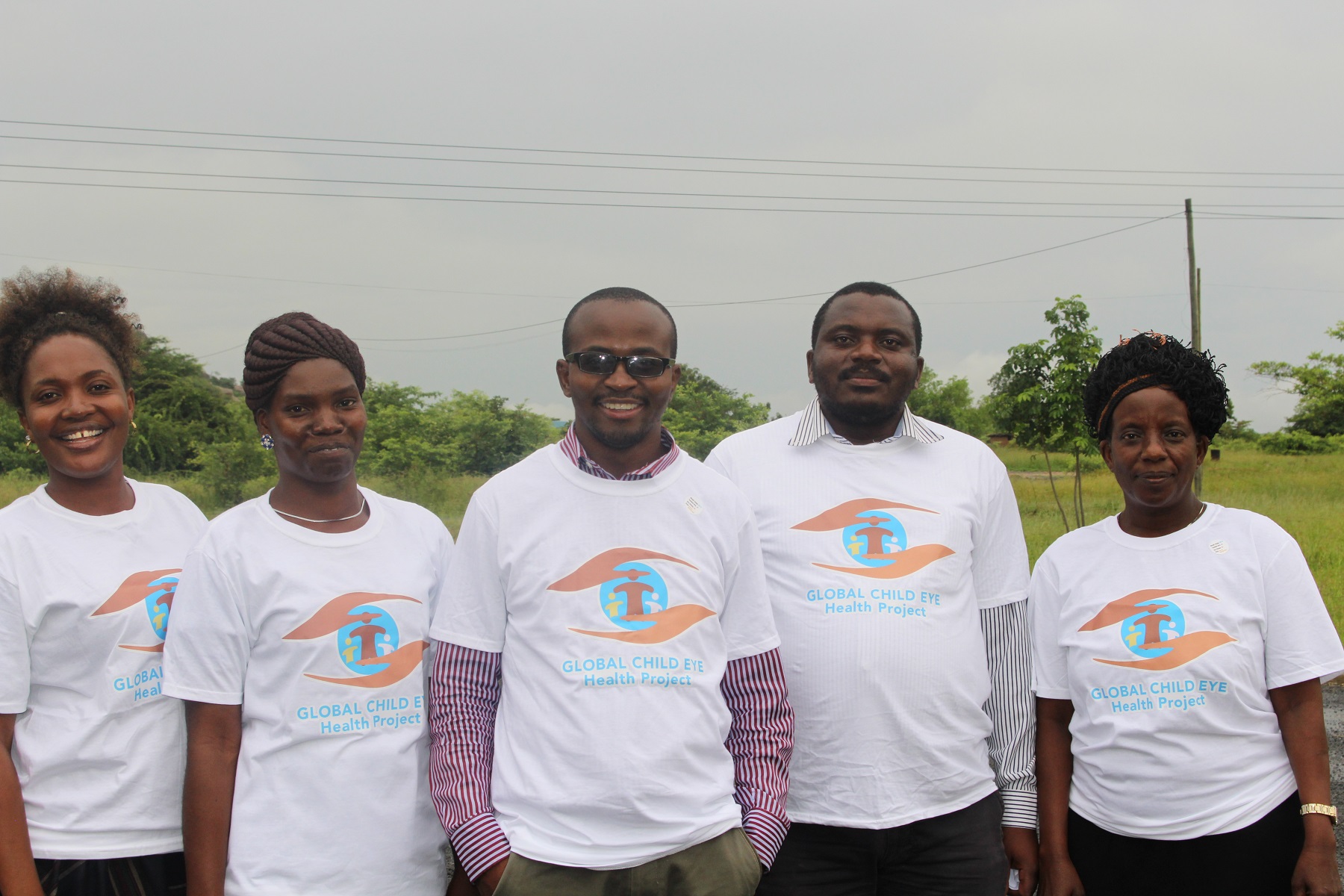 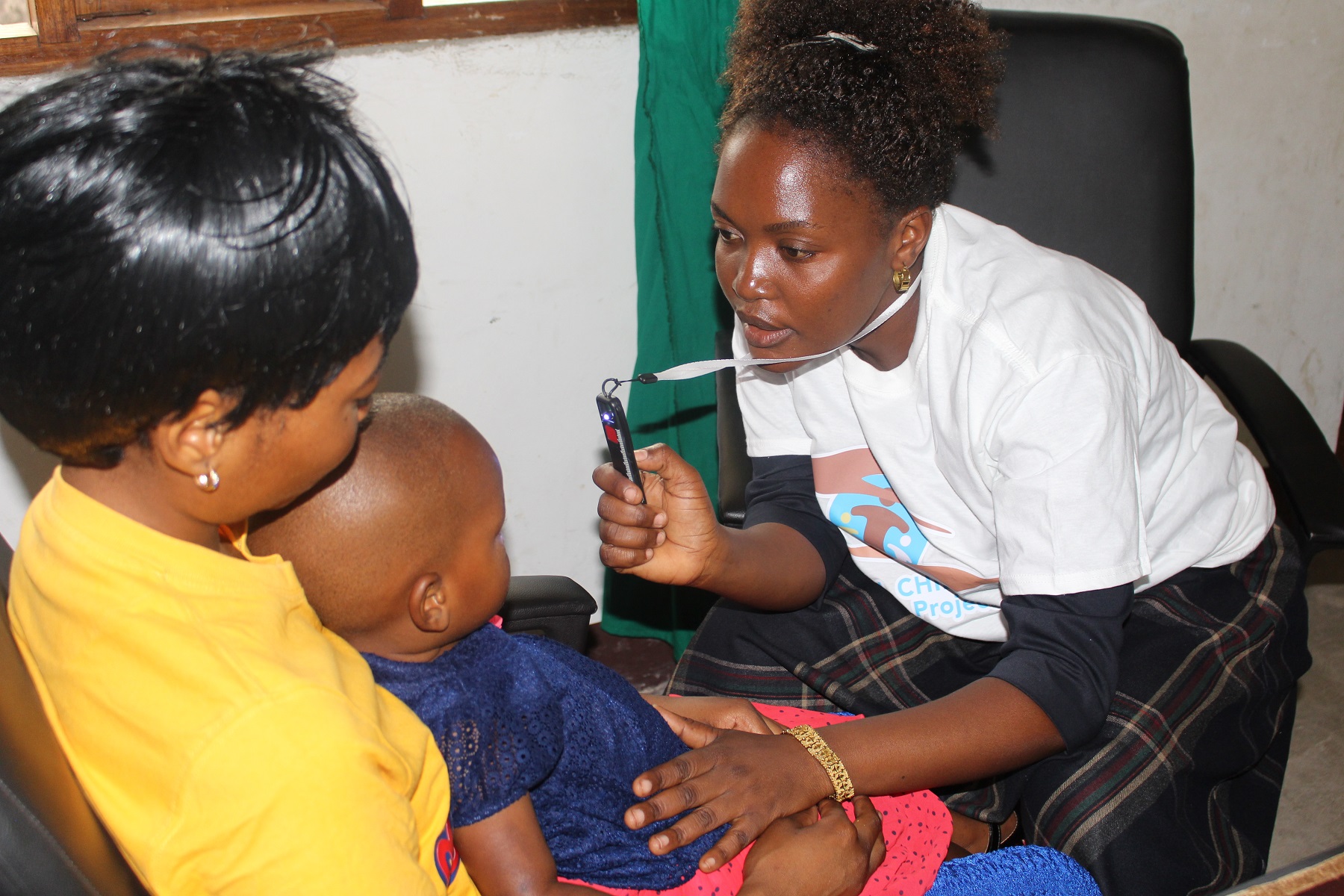 Feedback from the first batch of primary health workers we have trained overwhelmingly said they would like videos to show some of the examinations and cases that were being taught in the eye module.

Therefore we set up with our film studio in the noisy eye clinic in Muhimbili national hospital in Dar Es Salaam. Alessander Silver was our filmmaker and producer brave enough to take up the challenge of filming babies and children in the midst of the chaotic eye clinics. The first challenge was getting a studio set up. Clearing some space in the room and pulling back curtains to get light while we also did a last minute printing of our posters. Planning and co-ordinating the film shooting had not been smooth with all of the team busy with their day jobs and in different countries before coming together for the filming, so there was still quite a few details to sort out. Finally after sorting out the studio we were ready for the patients. But where were the patients? We ran into unexpected challenges in getting mothers (and fathers) to agree to be filmed with their children. We initially couldn’t understand it but exploring it more found there was a lot of misunderstanding and mistrust of filming and what it could be used for. The Tanzanian doctors in our team did their best to explain what it was we were doing and the purpose but it was still a struggle right to the end. However with a lot of determination and focus we got through, using all 5 days to the max. We dealt with everything from crying to sleeping babies, naughty toddlers and also occasionally the angelic child (what a relief that was!). We had our scripts and we knew we needed to get done so were able to be focussed and that got us through, as well as a lot of coffee and good chats while waiting around. By the end of the week we had a lot of filming and now it is over to our film producer to work her magic making the final productions.

Between all the filming we also fitted in very positive meetings with WHO, UNICEF, Dfid and the Ministry of Health to update them on progress and discuss the next steps. It was a busy week! 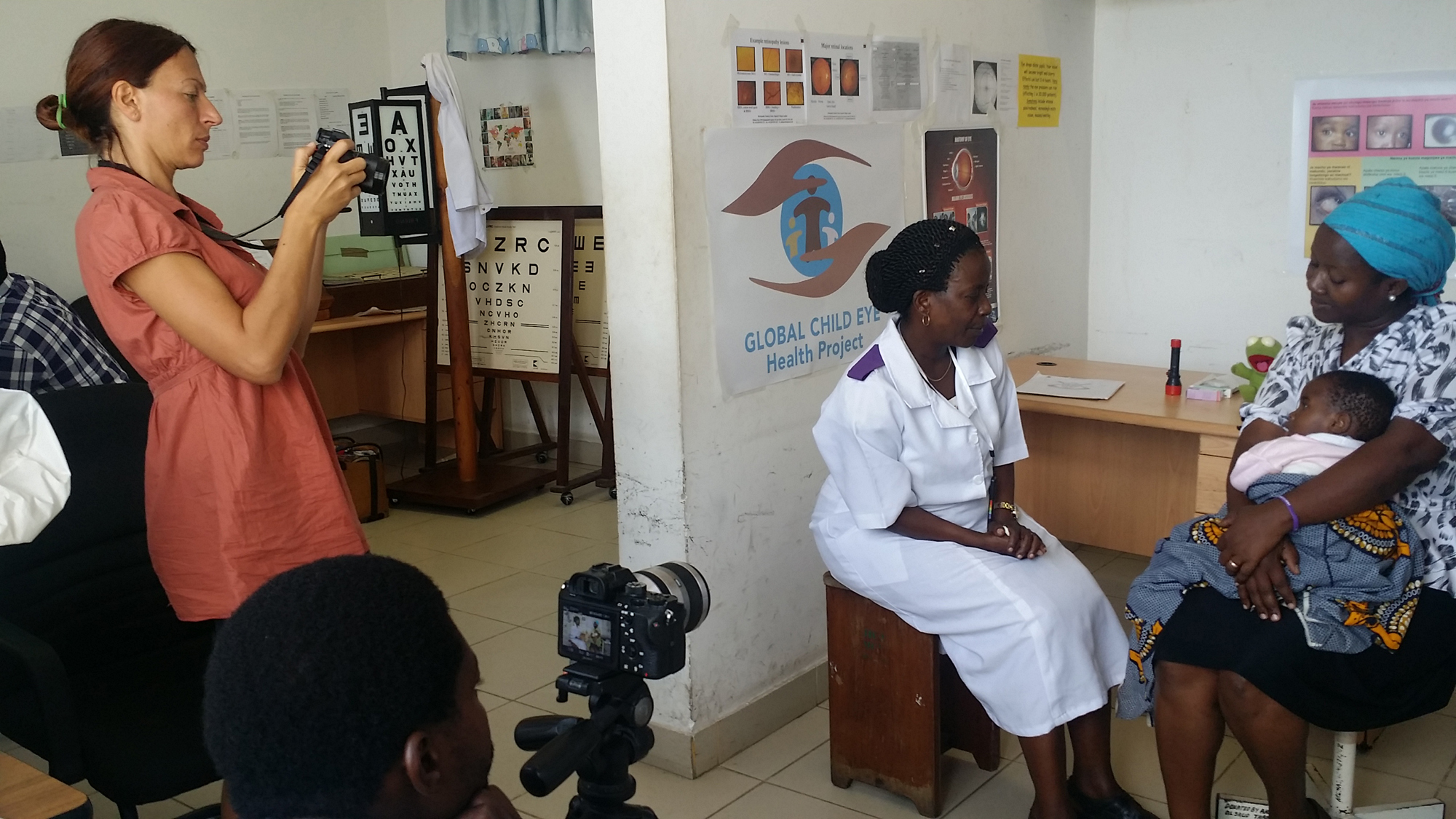 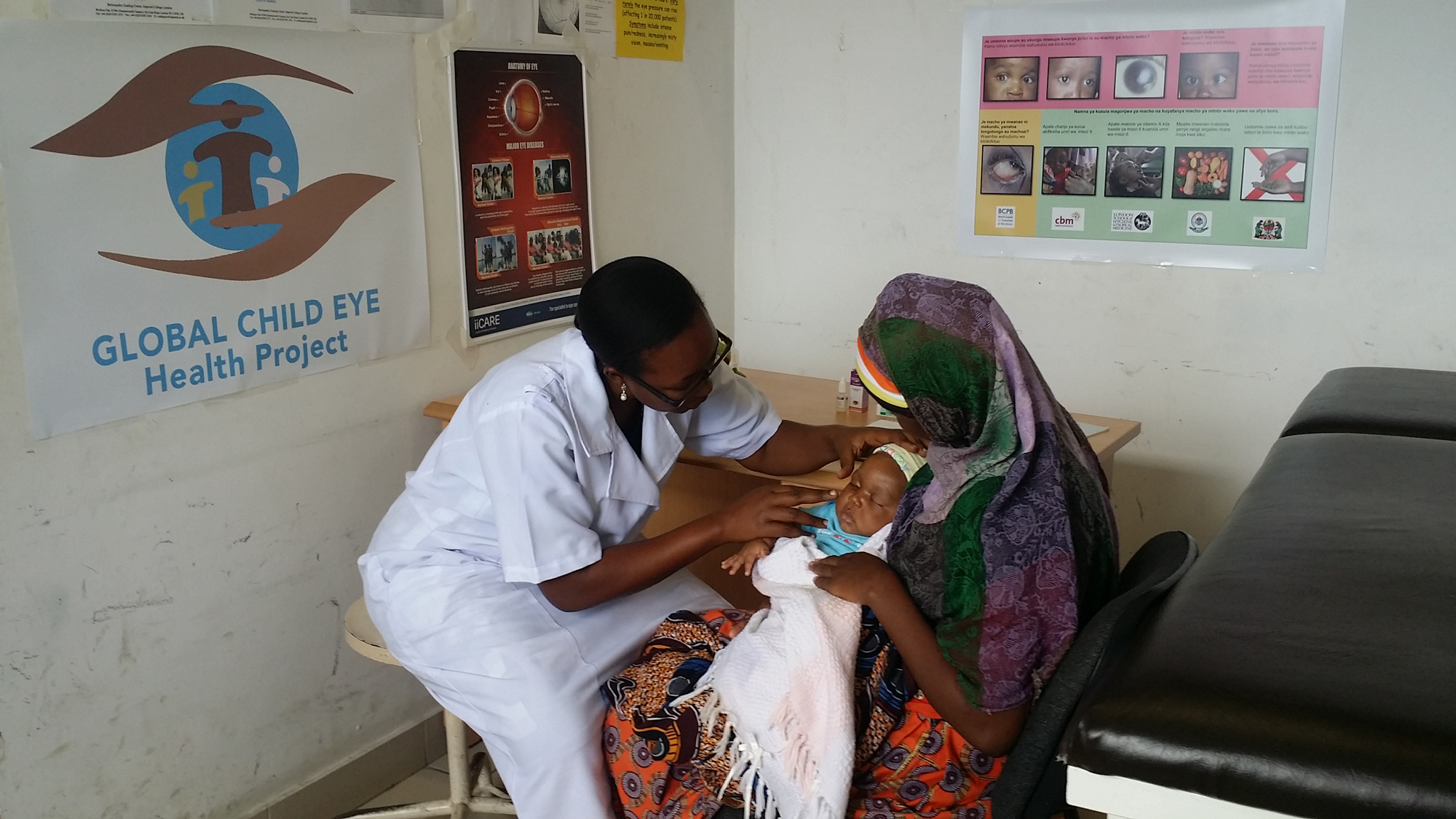 Please find below our educational videos aimed at training child health workers in examining the eyes of babies and children.

See the rest of our videos on our YouTube channel.