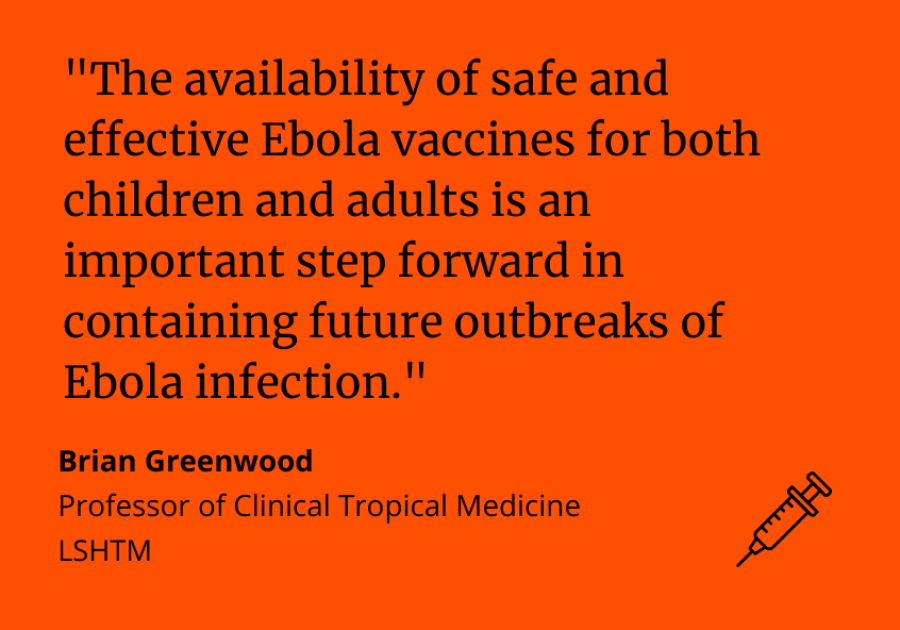 Two vaccines against the Zaire strain of Ebola virus are immunogenic and safe in both adults and children, according to initial results from two phase II clinical trials published in the New England Journal of Medicine.

Ad26.ZEBOV (Ad26) followed by MVA-BN-Filo (MVA) 56 days later and rVSVΔG-ZEBOV-GP (rVSV) given with or without a booster dose 56 days later produced antibody responses as early as two weeks following administration of the first dose of vaccine which lasted for at least one year.

Both vaccine regimens were safe and well-tolerated.

These findings, revealed as part of the PREVAC study in West Africa, may help optimise vaccine strategies to fight Ebola virus disease (EVD), and minimise the high death rates associated with outbreaks of the Zaire strain.

PREVAC (Partnership for Research on Ebola Vaccinations) is a consortium of health authorities in four countries in West Africa — Guinea, Liberia, Sierra Leone and Mali — working alongside international partner organisations including the London School of Hygiene & Tropical Medicine (LSHTM), the U.S. National Institutes of Health and the French National Institute of Health and Medical Research.

Launched in 2017, the PREVAC study aims to compare the safety and efficacy of three different experimental regimens of Ebola Zaire vaccine versus placebo.

Reported side effects, such as fever and headaches, were mild, temporary and similar to previous vaccine studies.

Although the findings are promising, the authors emphasise that they were unable to assess how these vaccines might protect against EVD directly as no cases of the disease were recorded in the trial and the exact level of antibody response needed to induce protective immunity is still unknown.

Professor Brian Greenwood, co-author on the paper and Professor of Clinical Tropical Medicine at LSHTM said: “Long-term follow up of the participants in this trial is taking place to determine if and when booster doses might be needed. The availability of safe and effective Ebola vaccines for both children and adults is an important step forward in being able to prevent and/or contain future outbreaks of Ebola infection.”

Please note that the vaccines investigated in PREVAC are against the Zaire strain of Ebola virus and not the Sudan strain implicated in the current outbreak in Uganda.

Further information on the PREVAC Consortium can be found here. A follow-up study, PREVAC-UP, will continue to monitor participants over a five-year period to assess whether these initial safety and efficacy results can be maintained in the long-term.