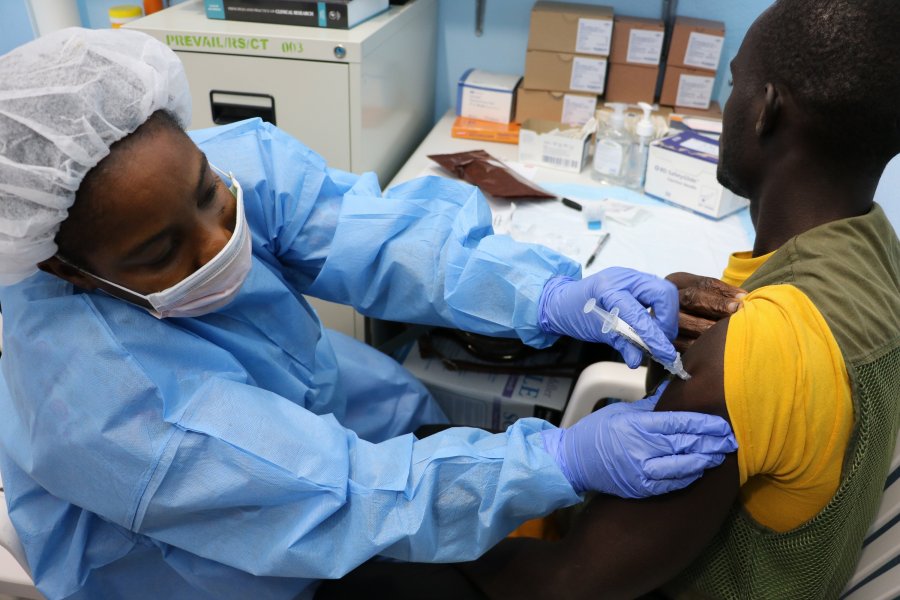 There is currently no approved vaccine to prevent Ebola, although some are at late stages of development. Pursuing research on vaccination strategies to prevent the disease is essential, as several questions remain regarding the durability of the immune response of candidate vaccines. The PREVAC trial will evaluate the speed, intensity and duration of the immune responses generated by the various vaccination strategies, as well as the safety and tolerability of the various vaccines, particularly in children.

The PREVAC trial is a Phase 2, randomised trial that aims to compare three experimental Ebola vaccination strategies with placebos, in order to determine whether they are safe and able to trigger a durable immune response that can protect against Ebola.

More than 5,000 adults and children living in countries at the epicentre of the 2014-16 West Africa Ebola epidemic will be enrolled. The study will initially be conducted at two sites in Guinea and one site in Liberia, with an additional site in Sierra Leone awaiting confirmation.

In its first stage, the trial will evaluate one of the three strategies, a prime-boost vaccination combining two different vaccines (Ad26.ZEBOV made by Janssen and MVA-BN-Filo made by Bavarian Nordic) compared with a similar placebo regimen. Enrolment into this stage in Guinea and Liberia began on 27th March and 3rd April 2017, respectively. In a second stage, which is expected to start in the second half of 2017, the trial will evaluate all three vaccination strategies, including two additional strategies involving Merck’s rVSV∆G-ZEBOV-GP vaccine.

Yves Levy, Inserm Chairman and CEO; Anthony S. Fauci, Director of the National Institute of Allergy and Infectious Diseases at NIH; and Peter Piot, Director of the London School of Hygiene & Tropical Medicine, said: “We, Inserm, NIH, and LSHTM, have designed and launched this unique international research partnership with our colleagues from the West African countries most affected by Ebola virus disease to answer remaining questions regarding the safety and immunogenicity of candidate Ebola vaccine strategies and thereby enable us to better fight future Ebola outbreaks.”