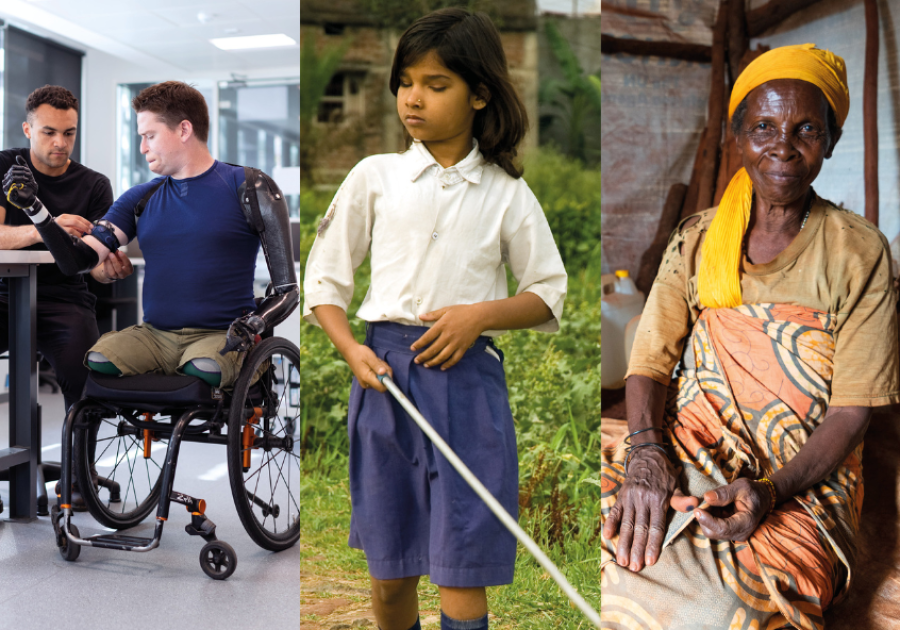 People with disabilities are more than twice as likely to die prematurely, taking 10 to 20 years off their life expectancy, according to a new report based on research by experts from the London School of Hygiene & Tropical Medicine.

The report, published by the Missing Billion Initiative and the Clinton Health Access Initiative and released at the World Health Summit in Berlin, calls for health systems to be transformed through intentionally designing services to include the one billion people with disabilities globally.

The report shares a roadmap and new common targets for global health actors on health workforce, affordability, accessible facilities, and empowering people with disabilities, to catalyse essential change by 2030.

“It is imperative that we build a stronger, more inclusive global health system that is purposefully designed to ensure that everyone on the planet—including the 1 billion children and adults worldwide who are living with disabilities—has access to quality health care.”

Co-author Hannah Kuper, Professor of Epidemiology and Director of the International Centre for Evidence in Disability at the London School of Hygiene & Tropical Medicine, is the Missing Billion Lead on Evidence and Research.

She said: “People with disabilities are being denied their right to healthcare. What we found in this research is truly shocking. There needs to be an overhaul of the way that healthcare is funded and delivered to put an end to this suffering and close the mortality gap.”

The report found that people with disabilities have 2.4-fold higher mortality rates than those without disabilities and are missing 10 to 20 years of life expectancy on average.

A systematic review of 37 studies across 11 countries showed that people with disabilities were 2.8 times more likely to die from COVID-19 than their peers without disabilities globally.

Susannah Rodgers, Paralympic gold medallist in swimming and technical adviser on disability inclusion (UK Foreign, Commonwealth and Development Office), said: “COVID-19 showed the devastating impact of exclusion of people with disabilities in healthcare systems globally. At a time of unprecedented change, world leaders have an opportunity to overhaul and rethink health systems so that equal access to quality healthcare for all can become a reality.”

Dr Ola Abu Alghaib, disability rights activist, United Nations Partnership on the Rights of Persons with Disabilities, said: “The last three years of pandemic have taught us that we can no longer afford less than fully inclusive and accessible health services. The price that persons with disabilities paid losing their life and independence due to poor health systems has to change now.”

They found lower basic vaccination coverage among children with disabilities, and for those with multiple functional impairments only 44% of children were fully vaccinated.

Adults with disabilities were less likely to have comprehensive knowledge about HIV prevention and transmission (21%) compared to people without disabilities (28%). This gap is particularly large in Sub-Saharan Africa: 23% versus 33%.

Funding support for the report came from the Deutsche Gesellschaft für Internationale Zusammenarbeit via the Global Project on Inclusion of Persons with Disabilities with contributions from the Foreign, Commonwealth & Development Office.

Equity, diversity and inclusion at LSHTM
People with learning disabilities “extremely vulnerable” to the effects of COVID-19
Learn More