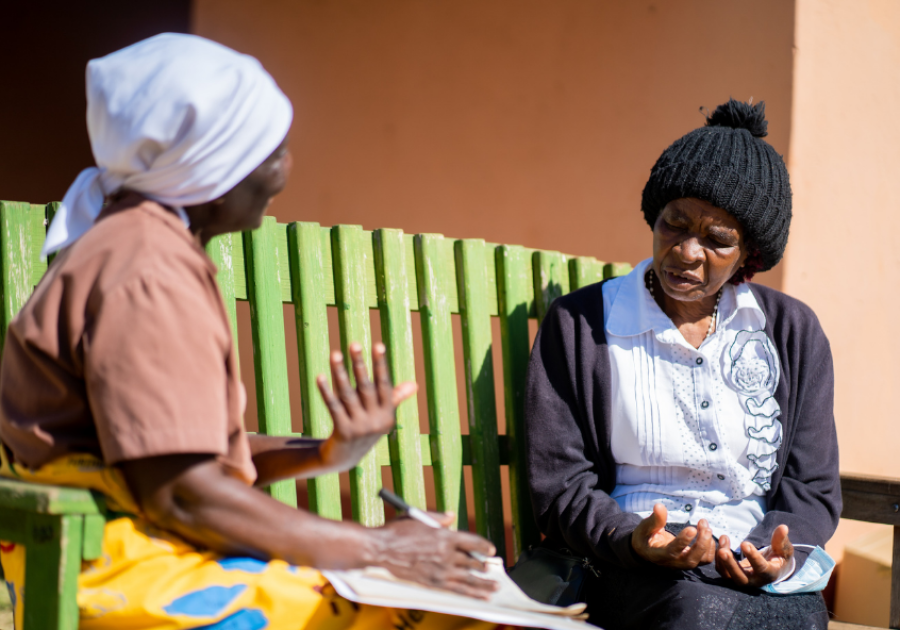 Many more people with depression and other mental health issues will be able to get help from the Friendship Bench programme thanks to a $2 million unrestricted funding from the philanthropist MacKenzie Scott.

Founded in Zimbabwe by Dr Dixon Chibanda, Associate Professor of Global Mental Health at the London School of Hygiene & Tropical Medicine (LSHTM), research has shown that the approach significantly improves the symptoms of patients with mental health problems, including anxiety and depression.

This funding injection will act as a catalyst for expansion of the life-changing innovation to cover the whole of Zimbabwe, and will enable a feasibility study and potential pilot Friendship Bench in London.

In 2021, 1,000 community health workers provided therapy to 54,000 people through the Friendship Bench programme.

According to Dr Chibanda, their goal for 2022 is to reach over 200,000 people experiencing mental health issues, creating safe spaces for them to talk with a trained ‘grandmother’’.

He said: “This funding will make a huge difference. It will enable us to cover all of Zimbabwe, to strengthen some of our international initiatives and explore new settings.

“The demand is there. We have received far more requests for benches than we have been able to provide so this is really going to be a game-changer and act as a catalyst to build on all the work we have done so far.”

For the London pilot, Dr Chibanda and his team plan to work with the community to investigate options, mirroring the approach taken by the programme in Zimbabwe and elsewhere. They will evaluate feasibility of training lay health workers and investigate the potential for using locations in the capital such as Tube stations, cafés or shops.

Since the Friendship Bench initiative began, it has been rolled out to other parts of the world including New York, Vietnam and Jordan. Funding from Grand Challenges Canada is also supporting its expansion, for example to workplaces and universities in Zimbabwe, as part of the WHO’s Special Initiative on Mental Health.

According to the WHO, in low- and middle- income countries, more than 75% of people with mental disorders receive no treatment at all for their disorder. The Initiative aims to ensure that 100 million more people have access to quality and affordable mental health care by 2023.

Dr Chibanda added: “Thanks to the generosity of MacKenzie Scott, combined with our work with the WHO, we now have a real opportunity to scale up and help realise the potential of this innovation for the huge number of people who need it.