All our intensive MSc programmes will offer a mix of online and on campus teaching during the 2021/22 academic year.

This means that each programme will involve an element of module level teaching on campus and students will be required to attend part of the programme in person. Within a programme, some modules may be online only, others may combine online and campus teaching.

The fact that there are likely to be ongoing COVID-19 related restrictions in place means that the proportion of online teaching delivery - provided through a combination of synchronous (live and interactive) and asynchronous (recordings, independent study, individual exercises, etc.) activities - is going to be larger than what can realistically be delivered in person on campus. Please check our Applicants and Offer Holders FAQs.

This is a joint programme provided by LSHTM and King’s College London. It gives participants the knowledge and skills to initiate, develop and oversee mental health programmes in low-resource settings, and to conduct and critically evaluate research on global mental health. These skills will equip students to make valuable contributions in research, public health, policy and practice.

Applications for this course are processed by King's College London, not by LSHTM. Further details, programme information, and how to apply. 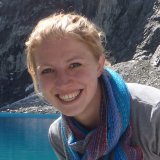 "At the School, I feel constantly empowered by the fascinating research and engaging learning environment."

By the end of the programme, students will able to:

The below structure outlines the proposed modules for this programme. Module specifications provide full details about the aims and objectives of each module, what you will study and how the module is assessed.

Choice of 3 other modules from LSHTM and/or King's. Elective modules include:

Students prepare a project report of a maximum of 10,000 words during the summer months (July - August), for submission by early September.

Please note: due to the unpredictable nature of the pandemic, we are not currently in a position to guarantee that overseas or field based projects will be possible or that London based laboratories will be accessible. Whilst we are hopeful that the situation will change before next summer, should it be the case that you are unable to travel overseas or access labs, you will be able to complete an alternative desk-based project allowing you to obtain your qualification within the original timeframe. Alternatively, you will be able to defer your project to the following year.

Changes to the course
Paragraph

Changes to the programme

LSHTM will seek to deliver this programme in accordance with the description set out on this programme page. However, there may be situations in which it is desirable or necessary for LSHTM to make changes in course provision, either before or after registration. For further information, please see our page on changes to courses.

The normal minimum entrance qualification for registration at LSHTM/King's on a Master's programme is at least an upper second-class honours degree of a UK university, or an overseas qualification of an equivalent standard, or a registerable qualification in medicine, appropriate to the programme. A background (study, work or volunteer activities) in a mental health-related field is desirable but not essential. Applications with an appropriate technical qualification, or equivalent qualification and experience from overseas, are also welcomed.

You will need the equivalent of a bachelor's degree to undertake an MSc. This will usually require you to have a BSc degree or have completed the first three years of your medical degree.

More information on intercalating an MSc at the School.

Funding available for this programme:

Applications should be made through the King's College London online application system.