Up to 750,000 people in Australia could be at risk of Japanese encephalitis 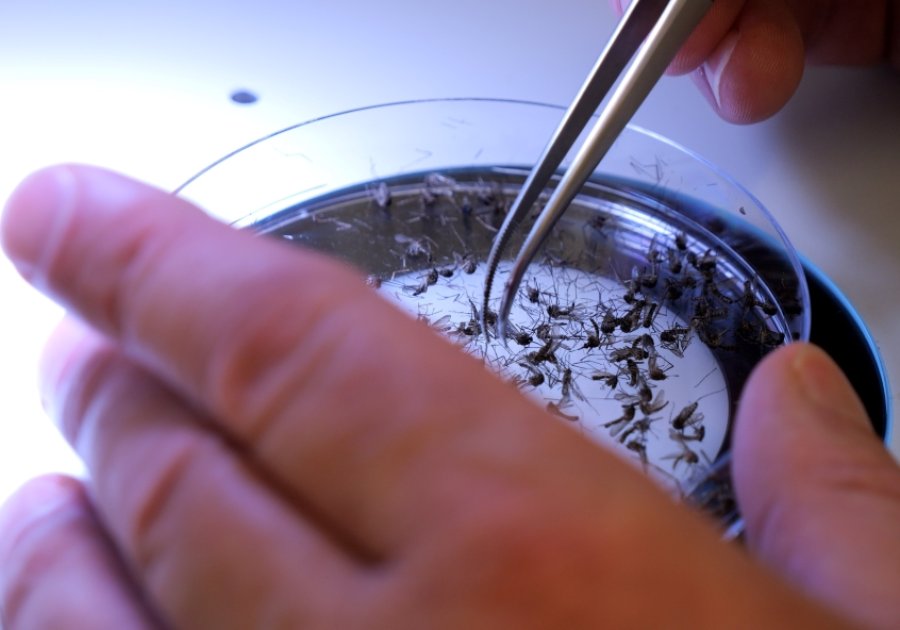 A paper from a research team, which included mathematical modelling expertise from LSHTM and was led by the QIMR Berghofer Medical Research Institute in Brisbane, has suggested that up to 750,000 people across Australia could be at risk of exposure to Japanese encephalitis (JEV).

The modelling study, published in Clinical Infectious Diseases, suggests the possibility of a major outbreak of the virus over Australia’s summer months (December to February), which could be driven in part by a third La Niña in so many years.

So far in 2022, there have been 31 confirmed human cases and six deaths. JEV is maintained in wild birds and is spread by mosquitoes between these hosts and other animals including pigs, humans and horses. The virus has spread across Australia this year, with confirmed cases in dozens of piggeries throughout the south of the country. There have also been confirmed cases of JEV in feral pigs in the Northern Territory and Queensland. Until only last year, JEV was confined to Asia and the far north of Australia.

The extended La Niña weather event is thought to be responsible for the virus expansion as the increased rain and flooding it has brought has created new wetlands which attract infected water birds and provide breeding grounds for the common vector mosquito, Culex annulirostris.

The paper suggests that, if piggeries become a focus for infection, anyone living within four kilometres of an infected piggery is potentially at risk. This is due to the mosquito responsible for spreading JEV being a strong flier.

Associate Professor Greg Devine, head of the QIMR Berghofer Mosquito Control Laboratory, and senior author of the paper, said: “Most Australians have not been exposed to the virus before so they have no immunity. We are urging people to take precautions. The best protection is vaccination, but currently that’s not available to everyone. The next best protective measure is to avoid being bitten by a mosquito.”

Associate Professor Laith Yakob, an infectious diseases epidemiologist at LSHTM who collaborated on the research and provided modelling expertise, said: “The modelling and mapping we conducted allowed us to estimate the potential population at risk, and therefore the potential number of vaccine doses required, as well as where these vaccines might be targeted. The models also help us identify locations for enhanced surveillance efforts to better protect Australian residents in future mosquito seasons.”

The modelling adds to blood surveys conducted in New South Wales which found nearly 9% of participants had been infected with JEV, suggesting the virus is common in those areas. However, accurately measuring the spread of JEV is difficult, as only 1% of infected people show symptoms, which range from a fever to severe inflammation of the brain. For those who develop symptoms, the fatality rate is around 30%.

As well as limited vaccines available for use on humans, there are currently no licenced vaccines for pigs or horses in Australia. If JEV continues to spreads, the impact could be economically devastating for piggeries and the equine industry.

Associate Professor Ricardo Soares Magalhães, University of Queensland (UQ) School of Veterinary Science, Director of the Queensland Alliance for One Health Services and study co-author, said: “The virus spreads rampantly through the [pig] herd causing abortions and stillbirths. In horses, JEV is largely asymptomatic but when symptoms do appear, there is a very high fatality rate, especially among foals, with around half of all symptomatic cases dying. UQ in partnership with other institutions are accelerating the development of an equine vaccine.”