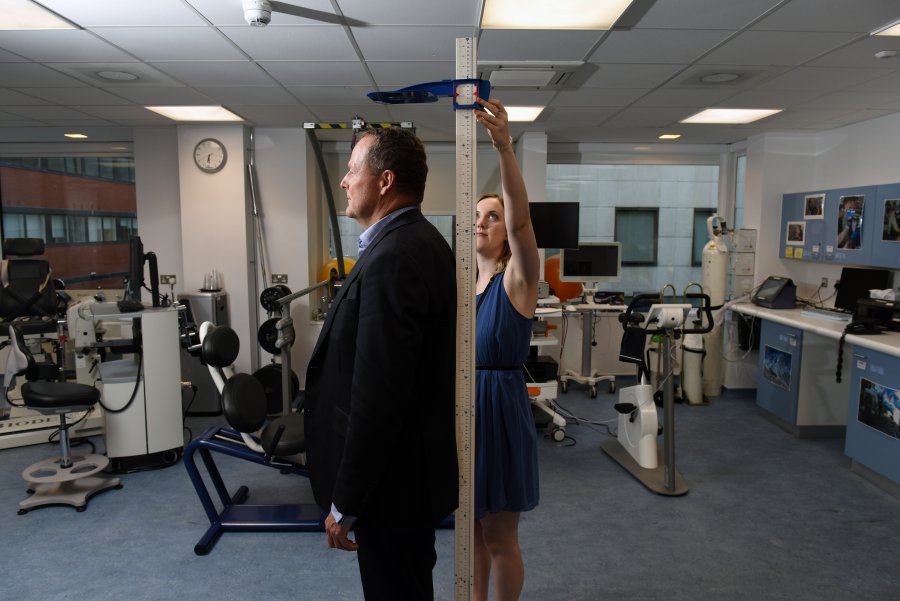 Retired male elite rugby union players aged 50+ who suffered three or more rugby-related concussions during their career have no worse average cognitive function than those who had experienced no, one or two concussions, according to a new study in Alzheimer's & Dementia: The Journal of the Alzheimer's Association.

The BRAIN study – funded by The Drake Foundation – worked with nearly 150 retired elite players now aged 50+ who played for either England, Oxford University or Cambridge University in the pre-professional era.

Although no worsening of cognitive function was seen in the group overall and in the under 75s, the study found that over 75s who had suffered three or more rugby-related concussions during their career (14/48) had significantly worse cognitive function on average than those who had experienced no, one or two concussions, and may be at greater risk of more problems in the future, such as memory loss.

The research team says the findings have implications for the clinical management of older ex-rugby players, and possibly ex-players of other contact sports who may be at increased risk of impaired cognitive function affecting mental abilities such as memory and cognition. The team says that the findings are reassuring for those under 75 years, but there are significant differences for those over age 75 years.

Given the age of the participants, these findings therefore primarily relate to the pre-professional era in rugby. Further research is needed into those who have played the game more recently, particularly when they reach the older age groups where cognitive problems are more common.

The BRAIN study is the first to carry out detailed measurements of cognitive function in a large number of former players and to relate this to their concussion and playing history. It was conducted by the London School of Hygiene & Tropical Medicine, Queen Mary University of London and the Institute of Occupational Medicine with researchers from UCL and the University of Oxford, and with assistance from the Rugby Football Union (RFU). It is also the first to include substantial numbers from the over-75 age-group. Previous studies which have focussed on younger players have found little or no association between concussions and reduced cognitive function.

Professor Neil Pearce from the London School of Hygiene & Tropical Medicine, one of the Principal Investigators and study last author, said: “Evidence is accumulating on the possible long-term health risks in former contact sport athletes. However, each sport is different and there is currently little evidence from rugby players. This study adds to this knowledge gap, and shows that playing elite rugby may affect cognitive function in older age. It’s important more research is conducted to confirm this, and on those who played in the early years of professional rugby.”

The research team suggests that a possible reason that the lower cognitive function was only noticeable in those over 75, may be at least in part due to the fact the former elite rugby players in this study were generally highly educated and likely had higher than average cognitive function at the start of their playing careers.

Dr Valentina Gallo, from the University of Groningen in the Netherlands (formerly at Queen Mary University of London), another of the Principal Investigators of the BRAIN study, and study first author, said: “Our findings are in line with those of previous studies, and perhaps highlight that the high cognitive reserve in this study group may have masked the initial phases of any cognitive problems they experience. We’ll be following up on this group of players to shed further light on our findings.”

After adjusting for a large number of potential confounding factors including age, smoking and player playing position, participants over 75 with three or more concussions scored about two points lower on the PACC score. This does not indicate clinical disease; rather it indicates a difference in cognitive function that can only be detectable with this sort of detailed testing, but which may indicate an increased risk of eventually developing neuro-degenerative conditions such as Alzheimer’s disease.

Dr Simon Kemp, RFU Medical Services Director, said: “This study, that started in 2017, adds to our developing understanding of the potential long term consequences of head impacts and concussions.  The agreed group of participants were aged 50+ principally because of the greater likelihood that we might detect any neurocognitive decline if present.  It is important to also conduct research with younger retired players.

“A new research programme launched with Premiership Rugby and two independent experts will run alongside the Advanced Brain Health Clinic opening in London on 25 October. This specialist clinical service will provide the assessment and management of retired elite male and female rugby players between the ages of 30-55 who have concerns over their individual brain health.”

Lauren Pulling, CEO of The Drake Foundation, said: “These are interesting results that provide new insights into the long-term effects of rugby as it was played in the pre-professional era, given that a difference in cognitive function was not seen until players were aged over 75. The findings also raise questions about how these effects might differ compared with players from today’s game, particularly given the players coming forward with early-onset neurodegenerative diseases following participation in modern rugby union. The Drake Foundation would like to thank the research team and all the ex-players who took part in this important study.”

The authors acknowledge limitations of the study. These include the fact, that as in all cross sectional studies of retired players, it relied on participants self-reporting how many concussions they had experienced. This was minimised by using a standardised tool (Brain tool). The choice of the cognitive assessment tool is also key. It is possible that the PACC, despite its recognised ability to capture early changes in cognitive function, may not have been sensitive enough to detect subtle cognitive changes in highly educated people engaged in mostly executive jobs.