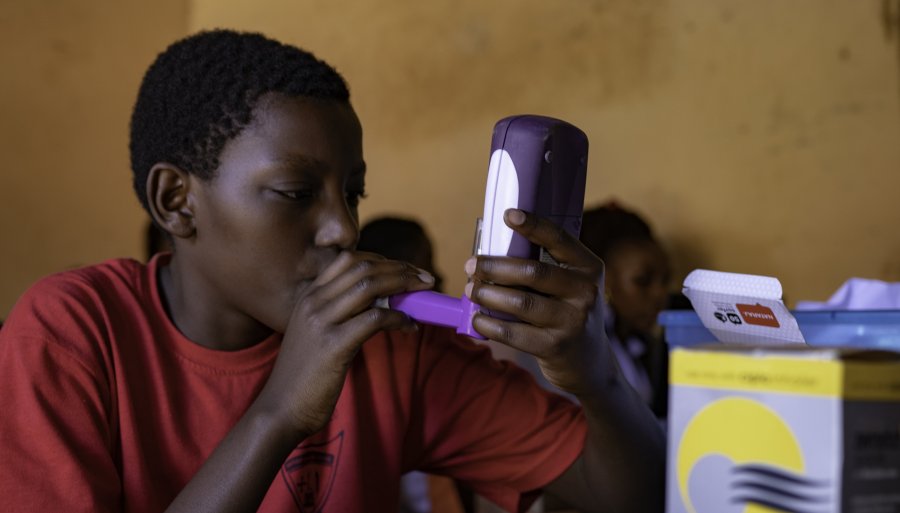 The prevalence in upper-middle and high-income countries was stable, found the Global Asthma Network (GAN) study, which shows how the worldwide burden of children’s asthma symptoms is changing.

Led by the University of Auckland with partners including the London School of Hygiene & Tropical Medicine (LSHTM), the Phase 1 study included nearly 120,000 children and adolescents from 27 centres in 14 countries, and continues a series of global surveys over 27 years (between 1993 to 2020).

Three phases of data collection have overall included more than 300 centres in more than 100 countries. The first two phases were conducted by the International Study of Asthma and Allergies in Childhood (ISAAC), which has now continued as the Global Asthma Network.

Asthma is the most common non-communicable disease in children, representing a large burden of disease globally with about 10-15% of children globally having had asthma symptoms in the last year. The overall prevalence in the centres that took part in the new survey had changed little in the last 15-20 years. Prevalence increased by about 1% every 10 years in Europe, and by more than 2% in Africa and the Middle East, whereas prevalence had fallen by about 1% in Asia-Pacific, and was unchanged in the Americas.

LSHTM led the latest round of data collection using a survey of self-reported asthma symptoms, and has hosted one of the two data centres. The report includes new data showing time trends in asthma symptoms for two age groups of children: 6-7 year olds and 13-14 year olds.

This study provides important clues to what may be causing the global changes in asthma prevalence, and what we can do to prevent it.

Professor Neil Pearce from LSHTM, Coordinator of the latest round of data collection, said: “These results suggest that asthma is a disease of Westernisation, with rates increasing in some low- and middle-income countries as they become more westernised. There is an urgent need for improved asthma management globally, and better access to inexpensive asthma medicines.

“Currently many children with asthma don’t get diagnosed, not only on low-and-middle-income countries, but also in the United Kingdom. This study, among other surveys, is the only way to get accurate data.”

The researchers acknowledge the limitations of this study, include the small number of centres involved in this phase, which makes it difficult to generalise the findings to global prevalence changes.