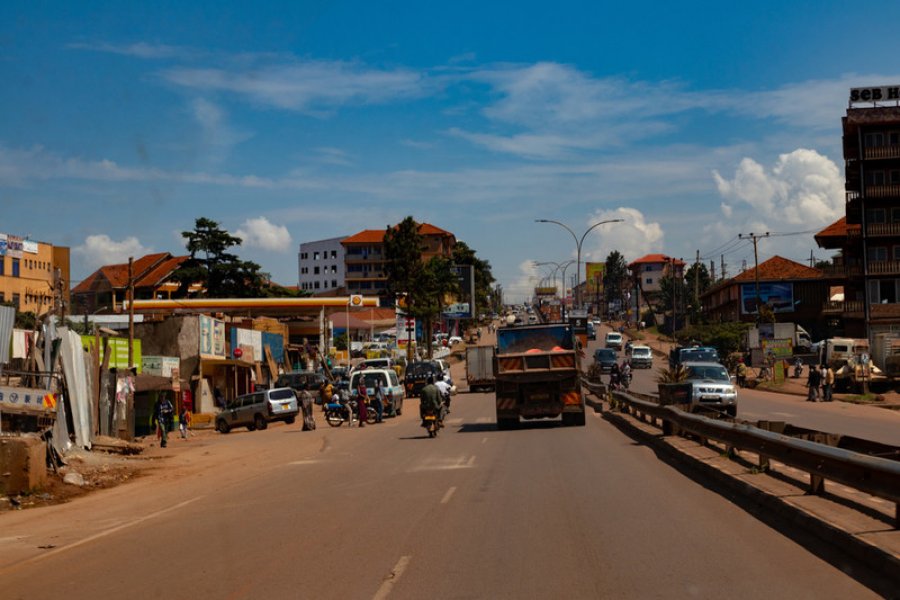 Every two seconds someone in the world is forcibly displaced as a result of conflict, violence or persecution. These populations affected by conflict are particularly vulnerable to psychosocial distress and much higher levels of mental disorders, including alcohol misuse, than populations who don’t experience conflict. In these settings, alcohol may be used as a coping strategy for adversities that refugees and internally displaced persons may face.

The CHANGE study is a five-year project, led by Dr Daniela Fuhr and Professor Bayard Roberts, titled ‘Alcohol use in Humanitarian settings: a programme of work to address alcohol and associated adversities among conflict-affected populations in Uganda and Ukraine’. Launched in July 2020, project partners include LSHTM, HealthRight International Uganda, the National University of Kyiv-Mohyla, WordsHelp Ukraine, and the University of Copenhagen.

CHANGE seeks to develop the first evidence-based psychological intervention with a component addressing alcohol misuse. Specifically, they seek to further develop Problem Management Plus (PM+), an intervention developed by the World Health Organization (WHO) designed for people with psychological distress who are exposed to adversity by identifying and integrating strategies and techniques from alcohol use therapies.

An expanded version of this intervention, Project Management Plus Alcohol (PM+A), can then be adapted to local circumstances, and its feasibility, acceptability, cost-effectiveness and scalability can be assessed through two randomised control trials in Uganda and Ukraine. In-depth qualitative research will be conducted throughout the project to better understand the implementation of the intervention, and how local contextual mechanisms influence outcomes.

The United Nations Higher Commission for Refugees (UNHCR) have highlighted alcohol misuse as a neglected problem among forcibly displaced populations, and that psychological interventions addressing mental health co-morbidities including alcohol misuse are lacking.

PM+A will be implemented among South Sudanese refugees living in the Rhino refugee settlement in Uganda and internally displaced persons in the Dnipro region of Ukraine. These regions have been found to have high levels of alcohol misuse, mental disorders, gender-based violence and a high mental health treatment gap.

These country settings represent varied different socio-economic, cultural and humanitarian characteristics and populations, which supports understanding of the contextual influences on adapting and implementing PM+A in differing circumstances.

Dr Fuhr, Assistant Professor in Mental Health Systems at LSHTM and project lead, said: “We are very pleased to have received this funding for the CHANGE project. Conflict-affected areas create environments where people are much more vulnerable, so psychosocial distress, mental disorders and alcohol misuse are more common in these populations.

“By introducing a component addressing alcohol misuse to the PM+ mental health intervention, we hope to address this neglected problem and associated adversities in these populations. We are keen to develop an intervention which can be integrated into existing mental health and psychosocial support programmes.

“Our partners bring in-depth expertise about the local population, and it is very exciting for us to be able to compare outcomes and processes between our two study sites which are so very different to each other. This will inform the future development, application and scalability of PM+A with other conflict-affected populations.”