Adapt, innovate and drive a new narrative - Peter Piot calls for a rejuvenation of the AIDS Response in a COVID-19 world 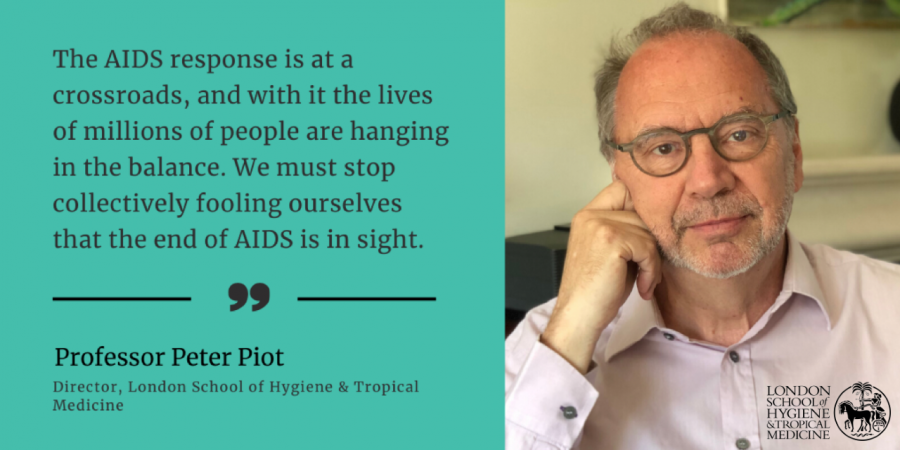 “The AIDS response is at a crossroads, and with it the lives of millions of people are hanging in the balance”, warned Professor Peter Piot during his keynote speech at this week’s International AIDS Conference 2020.

Addressing a virtual audience, Peter Piot, founding Executive Director of UNAIDS and now Director of the London School of Hygiene & Tropical Medicine, urged that it was vital to rejuvenate the AIDS response while we learn to live with coronavirus, saying ‘we really can’t afford the migration of AIDS to COVID-19 research’.

Reflecting on the estimated 1.7 million people who became newly infected with HIV in 2019, Peter said ‘we must face the sobering reality that we are not on track for the global commitments in terms of AIDS’, and stressed what is needed for a more impactful response now that the world is a different place due to COVID-19.

He emphasised the need for action in a number of areas, including a renewed narrative, leadership and funding, broad coalitions and activism, together with science and innovation. This ‘will define whether the next decade will be one of even greater progress or whether there will be a decline in the response to AIDS.’

Peter Piot, said the UN goals were not realistic, and predicting the end of AIDS has become counter-productive.

Globally, there were nearly 700,000 deaths from AIDS in 2019, which Peter Piot described as ‘not only a tragedy but a scandal, because every single death is preventable in the era of antiretroviral therapy…we must stop collectively fooling ourselves that the end of AIDS is in sight… I believe it is not possible without a vaccine.’