23 September 2019 London School of Hygiene & Tropical Medicine London School of Hygiene & Tropical Medicine https://lshtm.ac.uk/themes/custom/lshtm/images/lshtm-logo-black.png
Younger children in the UK school year may be more likely to be diagnosed with depression by the age of 16 than older children in the year, according to a new study. 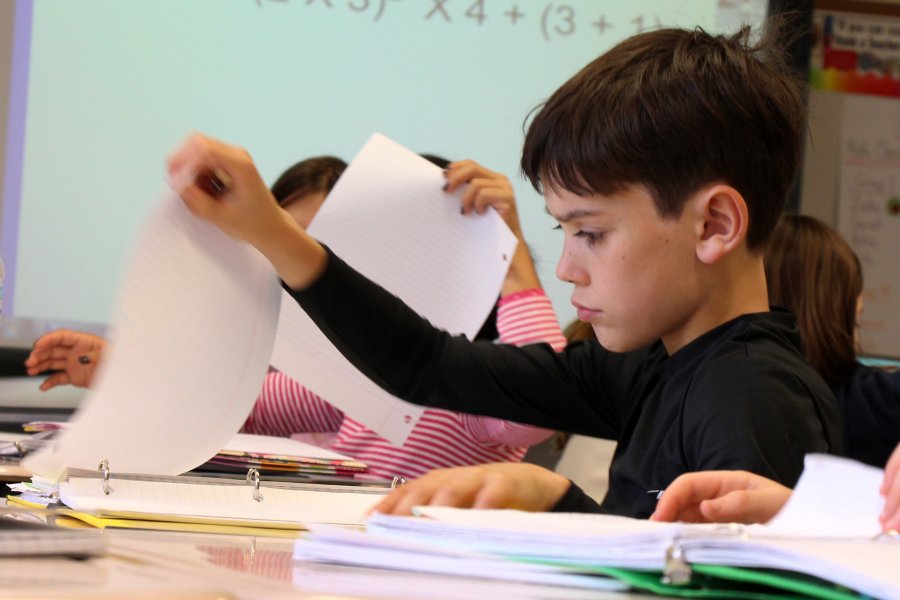 Using the electronic GP records for a sample of a million school-aged children in the UK, the study, published in JAMA Pediatrics and led by the London School of Hygiene & Tropical Medicine, found children born in the last quartile (youngest) of the school year were estimated to have a 30% increased risk of depression compared to the first quartile (oldest).

The authors say the total number of children diagnosed with depression remains low, but that the findings should be a catalyst for more research into the causes of depression in schoolchildren and how to prevent it.

To put the findings in context, each year around 800,000 children start primary school in the UK. Based on the results of the study the researchers would predict that amongst these children, about 500 more of the youngest in the year might be diagnosed with depression compared with the oldest (2,200 v 1,700), over the whole course of their schooling up to 16 years old. The findings also echo results from previous research with the youngest quartile facing similar increases in risk for diagnoses of Attention Deficit Hyperactivity Disorder (ADHD) (4,700 v 3,500) and learning disability (2,100 v 1,600).

The researchers did not set out to determine the potential reasons for these links but highlight that children in the same school year as each other can be almost a whole year apart in terms of age, so younger children may find it harder to concentrate, leading to overdiagnosis of hyperactivity. Other issues such as inferior academic performance and poorer peer relationships can also lead to mental health problems.

Study lead author, Jeremy Brown from LSHTM, said: “We’ve known for a while that children who are young in their school year are more likely to have hyperactivity disorders and tend to do less well academically than older children. However, we believe this is the first evidence of an association between younger relative age in the school year and increases in the diagnosis of depression.”

Using the Clinical Practice Research Datalink, a large UK electronic primary care records database broadly representative of the UK population, the researchers divided all school-age children into four age categories based on their age within the school year. They then compared the rate of GP recording of ADHD, intellectual disability and depression in these groups, adjusting for calendar year, socioeconomic status and sex.

There was no difference in the pattern of results between boys and girls, but there was some suggestion that the association with ADHD was stronger in children aged under 10. The strongest associations were seen when comparing the youngest against the oldest in the year, with intermediate associations seen for children in the two middle age groups. It wasn’t possible to accurately estimate any possible difference in results based on ethnicity or individual country within the UK.

There are a number of potential interventions to address the differences but limited evidence on their effectiveness exists. The researchers highlight that in some countries parents of relatively young children can defer school entry for a year, but parent choice has the potential to increase socioeconomic inequality.

Professor Ian Douglas, senior author from LSHTM, said: “Just 1% of the youngest quartile in a school year will be diagnosed with depression by age 16, and fortunately there is an increasing awareness about mental health as a priority. However, we should focus on reducing the number of children affected.

“Better recognition of this as a problem might help. Support is now available through NHS Child and Adolescent Mental Health Services but further improving availability of support within the school and health systems could also tackle the issue. Further research into the specific causes and interventions is required, as well as seeing if the depression persists into young adulthood. A fairer and clearer process for parents to request deferring school entry if their child is young for their school year and shows signs of slower development may also help.”

The authors acknowledge limitations of the study, including the possibility that children who had deferred school entry would have been included in the wrong age category, though national statistics show deferral is uncommon. As with any observational study, the possibility that other differences between the children could explain some of the findings cannot be completely ruled out.