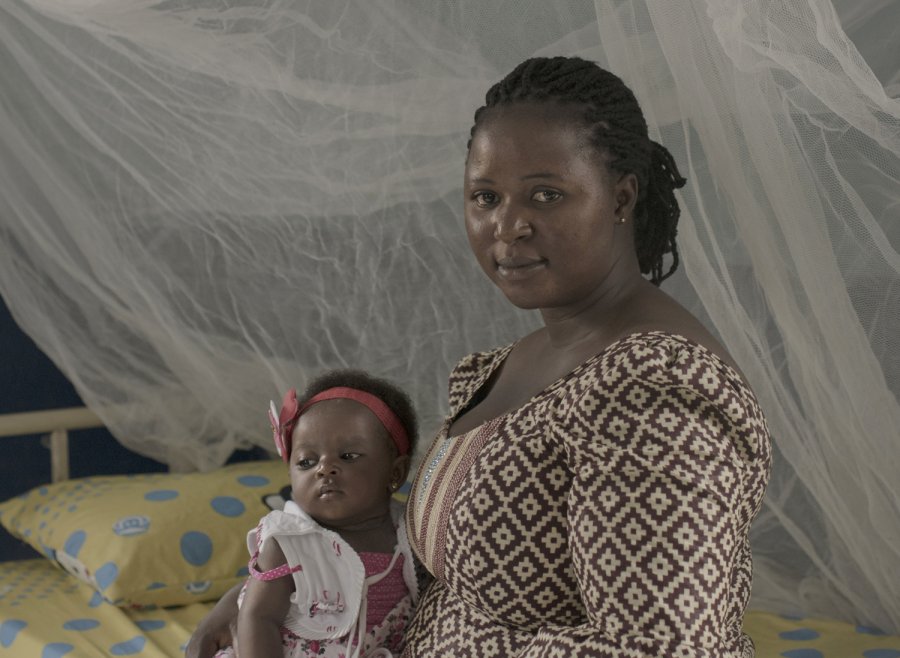 A novel class of bed net that neutralises mosquitos’ ability to resist pyrethroid insecticide is shown to significantly reduce malaria infection in children, according to new research published in The Lancet.

The study, led by the London School of Hygiene & Tropical Medicine (LSHTM), also showed unprecedented malaria control through indoor residual spraying (IRS) with the insecticide pirimiphos methyl, which after a single spray round reduced malaria infection by 48% for an entire year.

LLINs and IRS are the cornerstones of malaria control in sub-Sahara Africa, and have been estimated to reduce malaria disease by 41% and malaria deaths by 62% between 2000 and 2015 globally. Despite this public health success, malaria still kills nearly half a million people annually, and for the first time in many years the World Health Organization (WHO) reported an increase in malaria cases and no change in the number of malaria deaths in 2017.

There is concurrent evidence that resistance to pyrethroid insecticide is growing in the Anopheline mosquitoes which transmit the disease. Only a limited range of alternative insecticides are available, particularly for LLINs for which pyrethroids are the only class of insecticide fully recommended by the WHO.

Anticipating the possible failure of current control tools due to resistance, WHO and LSHTM have been collaborating with the chemical industry for almost 20 years to develop new types of LLIN and new insecticides for IRS. One of these is a novel LLIN which incorporates piperonyl butoxide (PBO), a chemical which blocks the natural defence mechanisms of insects - the oxidase enzymes that would otherwise metabolise insecticide - which means the pyrethroid on the LLIN remains potent against mosquitoes despite resistance.  This chemical synergist stops insects from breaking down the pyrethroid within their bodies, so the insecticide stays toxic to the insect.

Dr Natacha Protopopoff from the London School of Hygiene & Tropical Medicine who led the field research operations in Muleba, Tanzania, said: “It’s imperative we try and remain one step ahead of insecticide resistance which threatens to reverse the great gains made in combating malaria. We must develop an improved strategy based on new classes of LLIN to control malaria transmitted by pyrethroid resistant mosquitoes.”

This new study involved randomly selected children aged six months to 14 years from villages in Muleba district of North West Tanzania, where high levels of resistance to pyrethroids have been reported. In 2015, 48 villages were randomised into four groups with different preventative measures. Altogether 45,000 standard LLINs and 45,000 PBO LLINs were distributed. Children were then tested for malaria at the end of each rainy season.

"This project is a game-changer. The trial is the first clear evidence that nets treated with piperonyl butoxide can significantly improve personal and community protection from malaria" - Professor Mark Rowland

To strengthen the evidence for the interventions, mosquito traps were placed in each study arm. The number of malaria infected mosquitoes captured in the PBO LLIN villages was reduced by 87% and 67% during the first and second years respectively compared to the standard LLIN villages.

Professor Mark Rowland from LSHTM and Principal Investigator, said: “This project is a game-changer. The trial is the first clear evidence that nets treated with piperonyl butoxide can significantly improve personal and community protection from malaria compared to standard pyrethroid-only nets in areas where there is high pyrethroid resistance. It also demonstrated that pyrethroid resistance is now a significant problem in some areas and standard LLIN are less effective than before, and that the new IRS controlled malaria for an entire year before needing to be re-sprayed.” 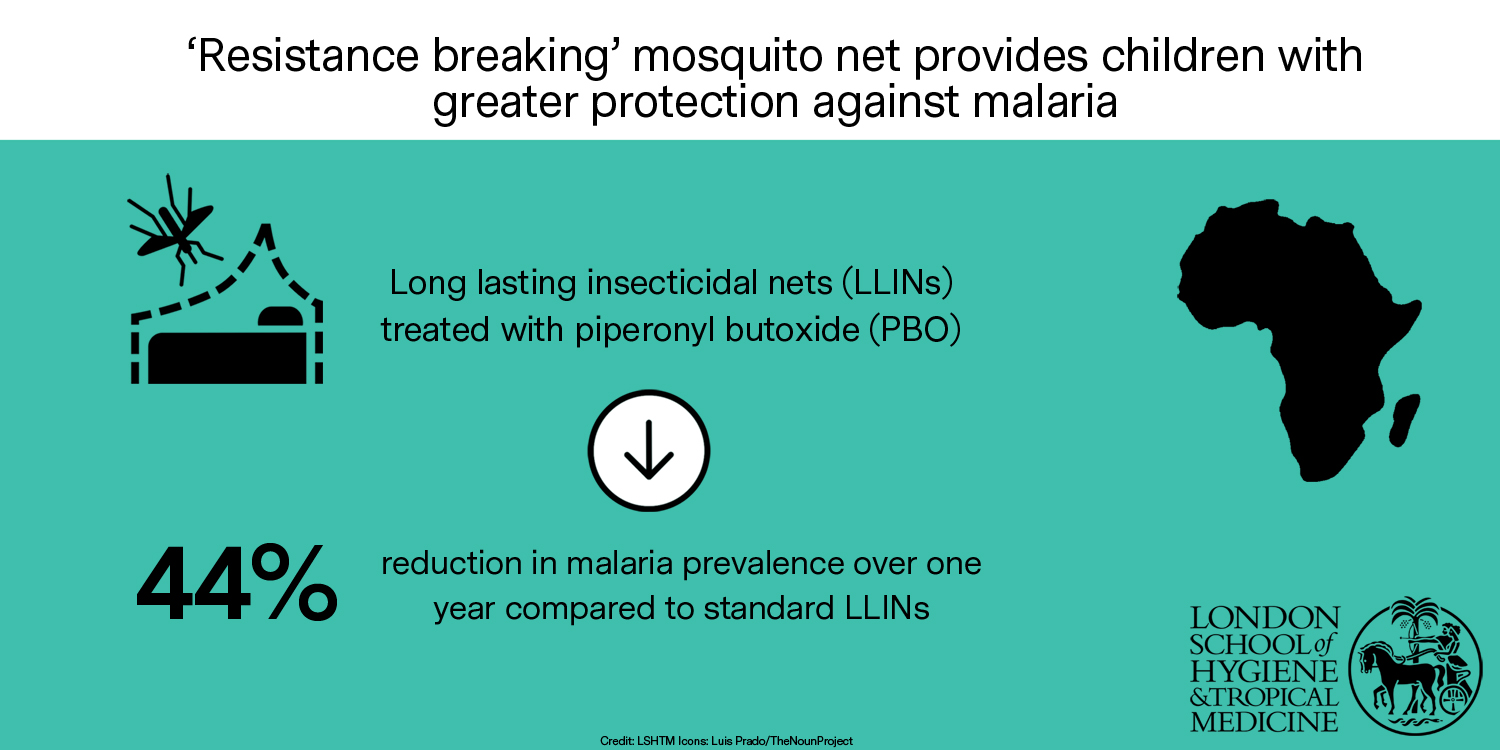 As a direct consequence of the trial, WHO revised its recommendations on LLIN in September 2017, giving an interim policy recommendation to PBO LLIN as a new class of LLIN.

Dr Jan Kolaczinski, Coordinator for Entomology and Vector Control in the WHO Global Malaria Programme, said: “WHO recommends PBO LLINs should be deployed for malaria prevention in areas where mosquitoes are pyrethroid resistant, provided that full coverage is maintained. This would include many endemic areas in Africa where standard LLINs are currently used.”

Professor Rowland said: “We are pleased that the WHO has already revised policy on the basis of this trial. This will ensure insecticide treated nets will remain an effective intervention for malaria control, and justifies the continued investment and research on alternative insecticides for use on nets.”

The authors acknowledge the study does have limitations, including the short buffer distance between villages; however, any spill-over between villages would tend to underestimate the intervention effect rather than increase it.

The authors also stress that it is important to always sleep under a bed net in areas of malaria transmission, and until PBO LLIN are deployed more widely in areas of resistance, standard pyrethroid-only nets will be more protective than non-use of nets and should continue to be used.

The study was funded by the Joint Global Health Trials Scheme of the Department for International Development, the Medical Research Council and Wellcome Trust.