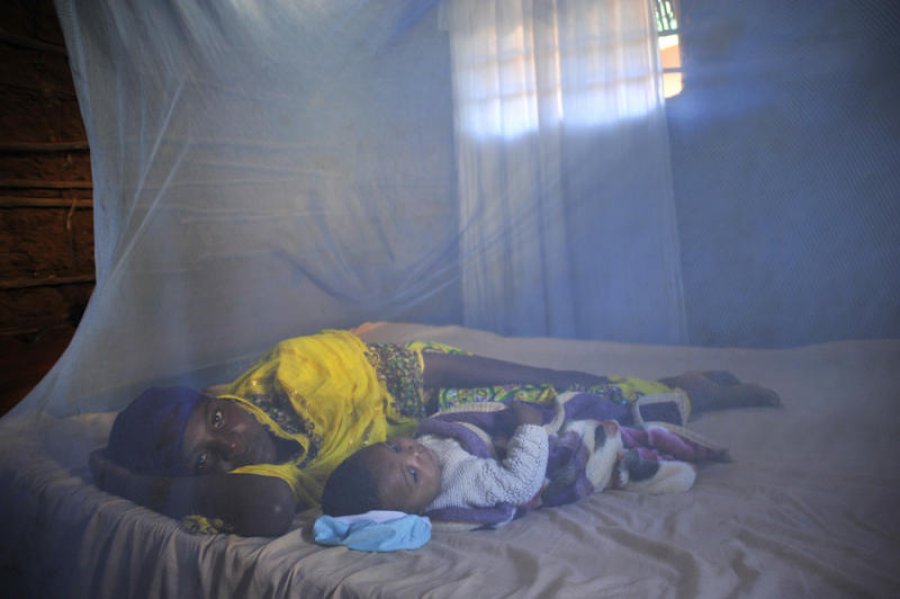 The LLIN, Interceptor® G2, is based on chlorfenapyr, a class of insecticide new to public health which kills resistant mosquitoes which survive exposure to standard pyrethroid treated nets. This new wash resistant mixture of chlorfenapyr and pyrethroid represents a major advance in the challenge to control insecticide resistant mosquitoes, and the net has now been shown to meet the stringent safety and effective performance required by WHO.

LLIN that kill the Anopheline mosquitoes which transmit malaria is the most widely used method to prevent the disease. Over half the population of sub-Saharan Africa now sleep under LLIN and this has helped to reduce malaria cases by a third over the last 15 years.

Professor Mark Rowland, who led the School team which investigated chlorfenapyr and established its potential on mosquito nets, said: “I am delighted at Interceptor® G2’s approval for use by the WHO. This new bed net is a breakthrough in the development of new types of long lasting insecticide treated nets and has the potential to save thousands of lives. Interceptor® G2 is testament to the long and close collaboration between the School and BASF. It has demonstrated improved control of the main African malaria vector species and is now recommended for use by malaria control programmes.

“The intensity and distribution of insecticide resistance in the mosquitoes Anopheles gambiae and Anopheles funestus is growing year by year across Africa. At our field testing sites in Tanzania, Benin and Ivory Coast the majority of mosquitoes are no longer killed by standard LLIN which are treated with pyrethroid only. The chlorfenapyr on Interceptor® G2 kills most of the wild resistant mosquitoes which enter our experimental huts to blood-feed on users, and shows great promise for malaria control.”

Interceptor® G2 marks the first LLIN to combine an alternative insecticide to pyrethroids. Unlike pyrethroids which act on the insect nervous system, chlorfenapyr works by disrupting the insect’s ability to produce energy from ATP in cells. Other new types of LLIN which mix pyrethroid and non-pyrethroid insecticides are under development. The WHO has recently announced  that new vector control products whose mode of action is novel enough to be considered ‘first in class’ should be evaluated rigorously for public health value, ideally using a randomised controlled trial design. This includes Interceptor® G2.

Following the WHO recommendation, BASF is preparing to launch Interceptor® G2 in malaria endemic countries. The new mosquito net is expected to be available to malaria control programmes and aid organisations towards the end of 2017.