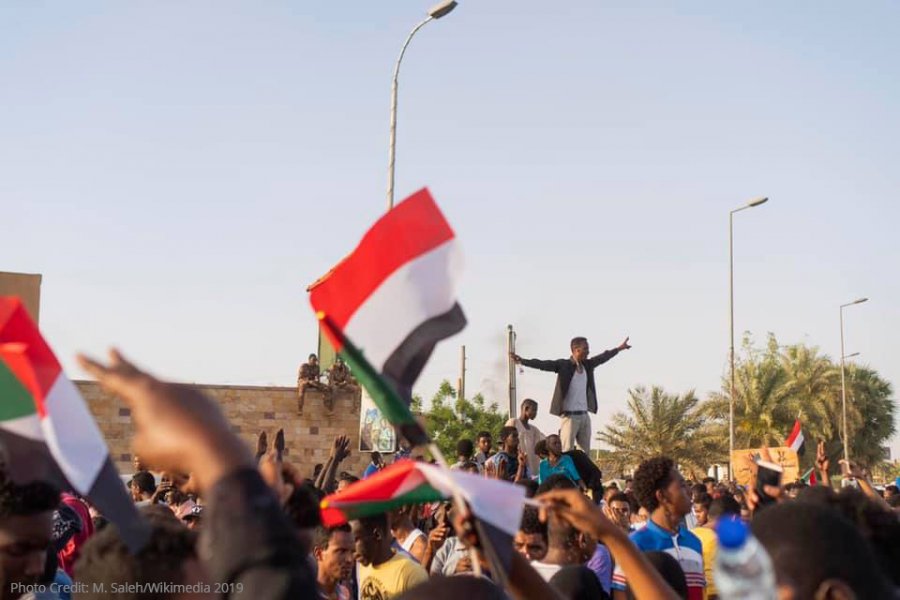 Sudan faces unparalleled humanitarian health needs in areas of the country with little experience of mass casualties and emergency response.

However, a new Lancet Comment, co-authored by the London School of Hygiene & Tropical Medicine and Johns Hopkins Bloomberg School of Public Health, says that Sudan has ‘important resources to mount a health response and build health-system resilience’. The authors calls for home-grown relief efforts to be organised through one body to ensure a coordinated locally led humanitarian health response, and for a three point action plan to be implemented.

The political violence in Sudan since the fall of its former President Omar al-Bashir’s regime in April has led to at least 100 civilian deaths, 70 cases of rape, and attacks on medical staff and facilities. Protesters have recently voiced a mix of cautious optimism and scepticism, particularly about the role of the military in the transitional period, after opposition groups signed a three-year power-sharing agreement on July 4, 2019. However, Sudan’s short and long-term future remains very unpredictable.

The Comment authors highlight that while the ‘events are unfolding against a backdrop of increasingly fragmented, unaffordable and fragile health services with health-care staff and facilities themselves under attack, organised local nongovernmental organisations have been formed to fill gaps in provision of emergency health care and to support vulnerable families’.

Documentation of violence against civilians and health cadres, and efforts to plan for the reconstruction of the health system in the transitional period, is now crucial. The authors call for the ‘Sudanese Professionals Association (SPA) to bring together the various health actors currently responding within and outside Sudan’, and to prioritise three activities:

Dr Nada Abdelmagid from the London School of Hygiene & Tropical Medicine and a senior Comment author said: “Today, Sudan is at a tipping point - the risk of continued political violence remains. The local response has received overwhelming support – but it remains uncoordinated and even chaotic at times. There is a real opportunity to maximise its potential through a formal health coordination platform. We hope to see a cohesive health response that is primed to respond rapidly, and is able to adapt to the dynamic nature of this crisis.”

LSHTM is home to the Health in Humanitarian Crises Centre, a network of researchers dedicating to improving the health of vulnerable populations affected by conflict, by underpinning humanitarian actions with thorough research, and improving humanitarian policy through a solid evidence-base.

Professor Francesco Checchi leads one of only a handful of research teams around the world working on death toll estimates in armed conflicts. Earlier this year the team published estimates of the death toll from civil protests throughout Sudan, while work in 2018 found the war in South Sudan was likely responsible for almost 400,000 excess deaths.

This vital data is exceptionally challenging to source and collate so the team is also exploring innovative ways to generate it.

Professor Francesco Checchi said: “Political violence against civilians should lead to forms of accountability, as a foundation for fair conflict resolution. There is also an inherent value for societies to memorialise those who died or were affected. But this also implies that deaths and other consequences of attacks should be rigorously quantified. We should be ready to accompany any further exacerbation of violence in Sudan with real-time efforts to document it.”