Counting the death toll accurately in Sudan is possible – but how? 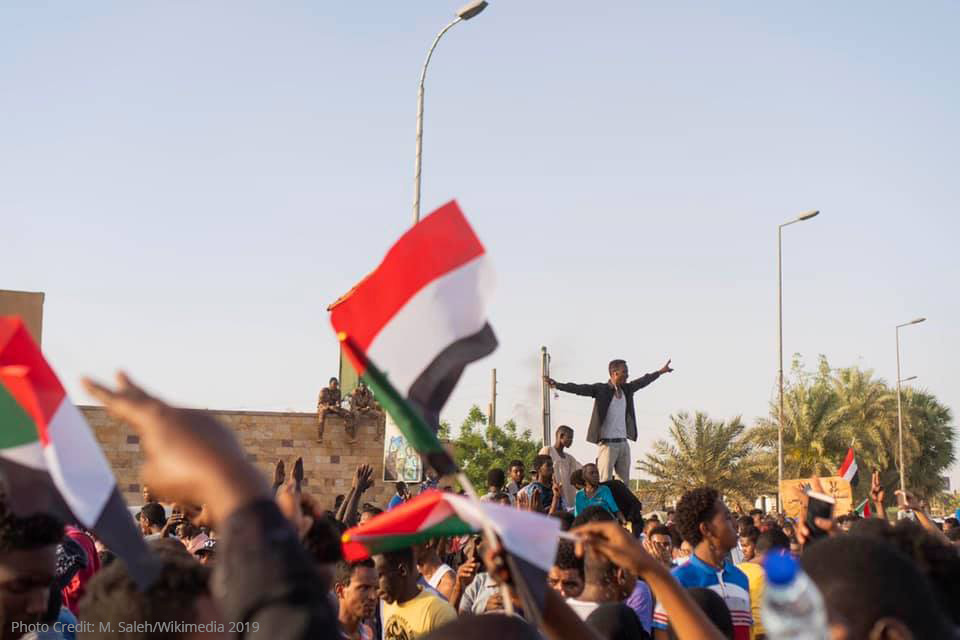 The man spurred his horse towards the centre of the camp: his gun dangled ominously towards women, children and men. They pretended to ignore him and be busy around their miniature cardboard-and-thatch shelters. We traded a long stare: he bore no visible trace of fear or contrition. He rode up and down the camp three times, circled round its borders and was gone.

That was the Darfur region of Sudan, 2004. Like BBC journalist Fergal Keane, I have a distinctly macabre recollection of the Janjaweed militiamen I came face-to-face with there, while working on a mortality assessment of internally displaced people.

Fast forward to 2019, and a grim end to the month of Ramadan is presently unfolding in Sudan. Since 3 June, the same government-sponsored militia re-branded as the Rapid Support Forces (RSF), is operating in the capital, Khartoum, to repress civilian opposition to the current military regime.

Having first moved in to violently dismantle a sit-in by protesters calling for a democratic transition, militiamen are now reported to be fanning out throughout the city, breaking up barricades, setting up checkpoints, interfering with hospital care for the wounded, and killing and beating unarmed civilians.

Political will can stop political violence. As public health researchers, there is at least one thing we can contribute – leveraging scientific methods to objectively document violence, irrespective of perpetrators or motives. Doing so robustly is notoriously challenging in armed conflict settings, due to insecurity, shifting populations and lack of vital records.

However, more recently the advent of social media and telecommunications provides an opportunity for ready analysis.

Earlier this year I was part of a research team that published an estimate of the death toll from civil protests throughout Sudan between December 2018 and early April 2019. The study relied on publicly available nominal lists of those who had died, collected by various civil society groups.

After identifying which individuals appeared on multiple lists, we applied a “capture-recapture” statistical technique to estimate the ‘true’ death toll that including killings not recorded. Similar methods to ours have been employed previously to investigate and prosecute war crimes, including by the International Criminal Tribunal for the former Yugoslavia.

Our study suggested about 117 civilians were killed up to 9 April. This week’s events, however, stand to greatly increase this total. Even though at least 100 people are reported killed, our previous work tells us that individual lists capture only a fraction of all deaths.

Moreover, this fraction may well be smaller now than before June due to key changes in the pattern of attacks. First, violence is scattered across Khartoum and may be affecting people irrespective of their affiliation to the protests. Second, there are reports of bodies being removed from their location or dumped in the Nile river, hampering identification. Third, communications are currently disrupted, limiting sharing of information through phones and social media.

The RSF have possibly never been so extensively deployed in Sudan’s economically vibrant, open and generally safe capital, but for decades this militia, operating outside the command of the regular army, has been a familiar threat to populations in outlying regions such as Blue Nile, the Nuba Mountains, and Darfur. Others have extensively described the distinctive signature of RSF violence, commonly featuring torture, rape, murder of infants and foetuses and other bewildering practices such as the desecration of places of worship.

In addition to unchecked RSF activity in the weeks to come, it is difficult not to now fear a dramatic escalation across Sudan, particularly if the peaceful nature of protests to date gives way to a spiral of worsening violence.

Civil society organisations who are on the ground collecting data provide a critical source of information to document what’s happening. We encourage them to continue to do so with as much rigour and objectivity as circumstances allow.

Such data can in turn be used for statistical estimation of the total death toll, or to describe key patterns in killings and injuries that help profile the type and intent of physical attacks.

Moreover, we should strive to quantify violence in real time, thereby increasing the likelihood that findings will serve a practical use, such as convincing international actors to push for conflict resolution. At a minimum, establishing credible figures serves to compose an accurate historical account and adequately memorialise those who died.

We cannot say for sure whether producing good estimates will help. But as violence rages on in Sudan, its true toll should not go uncounted.

War in South Sudan estimated to have led to almost 400,000 excess deaths