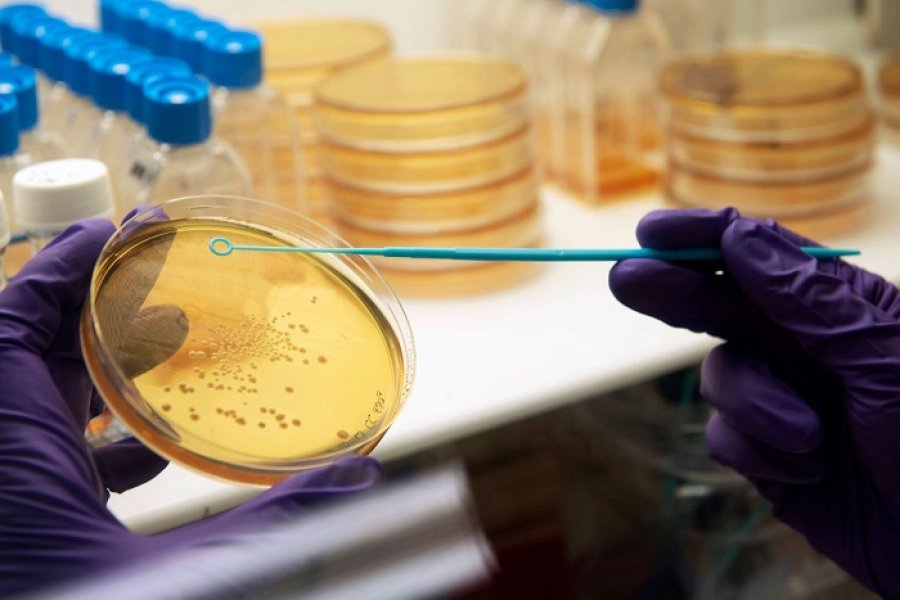 The gut-infecting bacterium Clostridium difficile is evolving into two separate species with one group highly adapted to spread in hospitals, according to new research published in Nature Genetics.

Researchers at the London School of Hygiene & Tropical Medicine (LSHTM), Wellcome Sanger Institute and collaborators identified genetic changes in the newly-emerging species that allow it to thrive on the Western sugar-rich diet, evade common hospital disinfectants and spread easily. Able to cause debilitating diarrhoea, they estimated this emerging species started to appear thousands of years ago, and accounts for over two thirds of healthcare C. difficile infections.

The research is the largest ever genomic study of C. difficile showing how bacteria can evolve into a new species, and demonstrates that C. difficile is continuing to evolve in response to human behaviour. The results could help inform patient diet and infection control in hospitals.

C. difficile bacteria can infect the gut and are the leading cause of antibiotic-associated diarrhoea worldwide. While someone is healthy and not taking antibiotics, millions of ‘good’ bacteria in the gut keep the C. difficile under control. However, antibiotics wipe out the normal gut bacteria, leaving the patient vulnerable to C. difficile infection in the gut. This is then difficult to treat and can cause bowel inflammation and severe diarrhoea.

Often found in hospital environments, C. difficile forms resistant spores that allow it to remain on surfaces and spread easily between people, making it a significant burden on the healthcare system.

To understand how this bacterium is evolving, researchers collected and cultured 906 strains of C. difficile isolated from humans, animals, such as dogs, pigs and horses, and the environment. By sequencing the DNA of each strain, and comparing and analysing all the genomes, the researchers discovered that C. difficile is currently evolving into two separate species.

To demonstrate this evolution of C. difficile,  LSHTM helped devise the study, select strains for analysis and interpret the genome data.

Professor Brendan Wren, author from LSHTM, said: “This largest ever collection and analysis of C. difficile whole genomes, from 33 countries worldwide, gives us a whole new understanding of bacterial evolution. It reveals the importance of genomic surveillance of bacteria. Ultimately, this could help understand how other dangerous pathogens evolve by adapting to changes in human lifestyles and healthcare regimes which could then inform healthcare policies.”

The researchers found that this emerging species, named C. difficile clade A, made up approximately 70% of the samples from hospital patients. It had changes in genes that metabolise simple sugars, so the researchers then studied C. difficile in mice, and found that the newly emerging strains colonised mice better when their diet was enriched with sugar. It had also evolved differences in the genes involved in forming spores, giving much greater resistance to common hospital disinfectants. These changes allow it to spread more easily in healthcare environments.

Dating analysis revealed that while C. difficile Clade A first appeared about 76,000 years ago, the number of different strains of this started to increase at the end of the 16th Century, before the founding of modern hospitals. This group has since thrived in hospital settings with many strains that keep adapting and evolving.

Dr Nitin Kumar, joint first author from the Wellcome Sanger Institute, said: “Our large-scale genetic analysis allowed us to discover that C. difficile is currently forming a new species with one group specialised to spread in hospital environments. This emerging species has existed for thousands of years, but this is the first time anyone has studied C. difficile genomes in this way to identify it. This particular bacteria was primed to take advantage of modern healthcare practices and human diets, before hospitals even existed.”

Dr Trevor Lawley, the senior author from the Wellcome Sanger Institute, said: “Our study provides genome and laboratory based evidence that human lifestyles can drive bacteria to form new species so they can spread more effectively. We show that strains of C. difficile bacteria have continued to evolve in response to modern diets and healthcare systems and reveal that focusing on diet and looking for new disinfectants could help in the fight against this bacteria.”