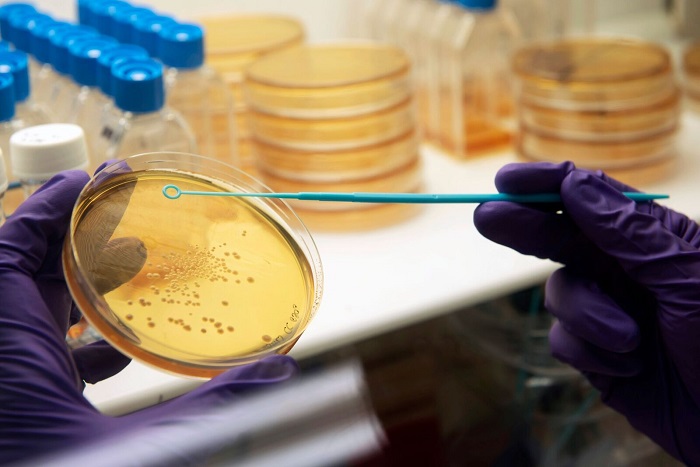 Clostridium difficile often referred to as C. difficile is a leading cause of healthcare-acquired infections, with more 38,000 reported cases in 2017 and over 3000 deaths. This equates to one person dying from the infection every two hours in our hospitals. It is a bacterial infection which resides in the intestines of humans. The bacteria can be found harmlessly living in one in every 30 adults, but these bacteria are usually balanced out by hundreds of other healthy bacteria in our stomachs. These healthy bacteria prevent C. difficile bacteria from developing into an infection, until the healthy protective bacteria are depleted when people take antibiotics.

When infection does occur, symptoms can range from mild diarrhoea to life threatening colitis (inflammation of the large intestine); and infection is most commonly associated with and contracted in hospital and community care settings. This is because the individuals most susceptible to C. difficile infections are those most likely to be found in these settings; people over 65 years old, with weakened immune systems and most importantly patients taking antibiotics. This means the care environment provides the perfect opportunity for C. difficile to persist, thrive and spread.

Antibiotic exposure is the single biggest risk factor for contracting C. difficile because antibiotics interfere with the balance of bacteria in the bowel, enabling the C. difficile bacteria to multiply and produce toxins which make you unwell.

The biggest challenge when it comes to C. difficile is treatment. There are only three effective antibiotics which can usually clear the infection, however, the use of antibiotics has a negative effect on the healthy bacteria in the gut and the use of antibiotics often led to infection in the first place, further exacerbating the disease. Currently, treatment for C. difficile infection falls short of clearing the infection in approximately 35% of cases, resulting in a relapse of disease. Once treatment has failed in a patient, these individuals are more likely to develop subsequent infections and often, multiple infections are fatal.

It is no understatement to say that this infection poses a significant challenge to healthcare delivery for the foreseeable future, and so there is a great need to better understand C. difficile and how it behaves, so we can develop better interventions and treatments.

For the first time, we have unravelled the genetic code of C. difficile in the lab, and discovered that it produces a unique compound called para-cresol. p-cresol is a compound that is often found in bleach and industrial cleaning products. Less than 1% of bacteria found in the gut have the genes required to produce p-cresol and only 18 other bacteria have been found to produce small amounts of p-cresol in the laboratory.

When produced, p-cresol targets specific healthy gut bacteria and kills them, which alters their natural balance in the gut. It is this process which provides C. difficile with a competitive advantage over ‘good’ bacteria, and supports its ability to rapidly colonise, thrive and cause disease.

We were able to evidence this by examining how C. difficile acts in the gut of mice. Mice were colonised with C. difficle and when they were treated with antibiotics to kill the infection, treatment failed leading to a second C. difficle infection (relapse). This was more common when C. difficile was able to produce p-cresol.

We then genetically constructed a C. difficile strain deficient in the ability to produce p-cresol; this mutant strain was found to be less able to cause relapse of disease. In addition the mice were found to have a more diverse range of bacteria in their gut and were colonised with less C. difficile.

One exciting possibility would be to develop drugs, often referred to as inhibitors, which can be used as part of C. difficile treatment. These drugs would specifically disable the production of p-cresol, removing the competitive advantage of the compound and allowing healthy gut bacteria to out compete C. difficile, thus fighting infection in a unique way.

Although these drugs may be some time off, our research provides a foundation for continued efforts to tackle C. difficile. Further research means that one day we might be able to significantly reduce the clinical and economic burden of this infection.