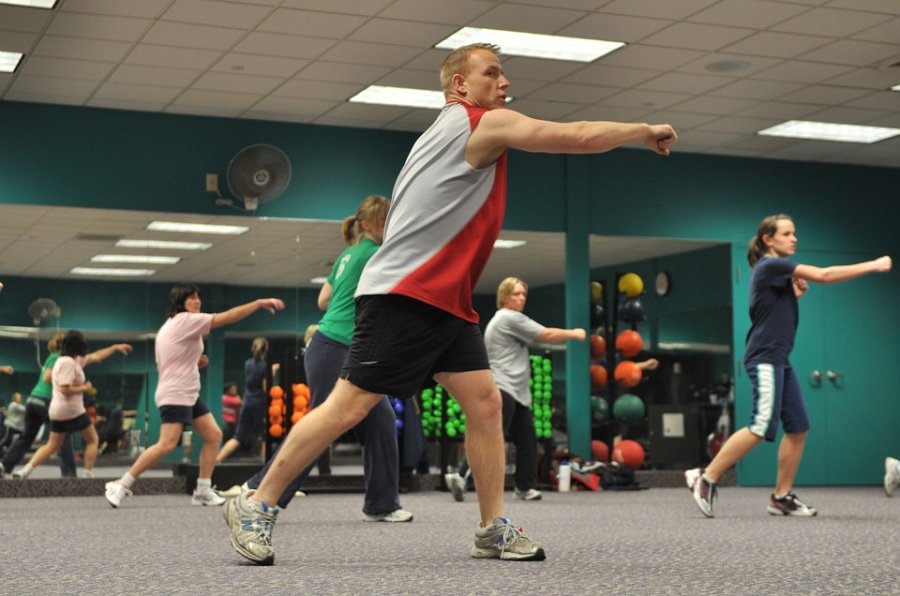 People living within a kilometre of physical activity facilities, such as gyms, swimming pools and playing fields, have smaller waist circumferences, lower BMI and lower body fat percentages than people who have no nearby exercise facilities, according to an observational study published in The Lancet Public Health.

Living further away from a fast food outlet was also weakly associated with a smaller waist and lower BMI, but the authors note that limitations to the data used may have mean this effect is underestimated.

The findings suggest that increasing access to physical activity facilities, and reducing access to fast food shops in residential areas may have the potential to reduce obesity, but may be more effective for some groups of people than others.

Kate Mason, lead author from the London School of Hygiene & Tropical Medicine, said: “Policy makers should consider interventions aimed at tackling unhealthy built environments. Around the world, urbanisation is recognised as a key driver of obesity, and certain features of neighbourhoods are likely to add to this, including a prevalence of fast food outlets and whether we have access to physical activity facilities. These aspects are often unequally distributed and might partly explain persistent social and geographical inequalities in obesity.”

It assessed whether the number of physical activity facilities near an individual’s home and proximity to fast-food outlets were associated with a person’s waist circumference, BMI and body fat percentage. The researchers accounted for a person’s demographic, socioeconomic status, and local area characteristics in these associations, and also looked at whether they varied by sex or household income.

Physical activity facilities included indoor and outdoor facilities for sports or leisure activities (such as gyms, swimming pools and playing fields), but not public parks, or cycling and walking paths.

People who had better access to physical activity facilities were less overweight than those who had access to fewer facilities – with those with at least six facilities nearby having a 1.22cm smaller waist circumference, a BMI 0.57 points lower, and a body fat percentage that was 0.81% lower, on average. This effect was stronger among women and people from higher-income backgrounds.

The authors also note that the association between weight and proximity to fast food outlets is relatively weak, and may be weaker than expected due to some limitations to the data, such as some fast food outlets not being included in the database, some being misclassified as restaurants rather than fast-food outlets, and not being able to take into account whether or not there were also healthy food outlets in people’s neighbourhoods.

The authors note that exposure to physical activity facilities and fast food outlets could be altered by the use of planning regulations and interventions.

Kate Mason said: “The results of our study suggest that increasing access to local physical activity facilities and, possibly, reducing access to fast food close to residential areas could reduce overweight and obesity at the population level. Designing and planning cities in a way that better facilitates healthy lifestyles may be beneficial and should be considered as part of wider obesity prevention programmes. This could be improved by restricting the number of new fast food outlets in a neighbourhood and how close they can be to people’s homes, incentivising operators of physical activity facilities to open in residential areas with few facilities, or funding local authorities to provide such facilities.”

Professor Steven Cummins, senior co-author from the London School of Hygiene & Tropical Medicine, said: “National and local governments need to think seriously about ‘designing in’ health as cities grow in order to improve health and reduce health inequalities. It would also be important to make sure new physical activity facilities are affordable, especially when they are located in lower-income areas. The associations we observed were weaker for people from low-income households and this might be because they can’t afford to use many of these facilities.”

The authors also note that the relationship between weight and proximity to these facilities is observational so cannot prove cause and effect. This relationship may also be bidirectional, for example, owners may choose to set up fast food outlets in areas of high demand where people are already unhealthy, or an outlet being set up in an area may result in people becoming less healthy.

In addition, the study only looked at home neighbourhood so does not take into account other food and exercise facilities they may be exposed to via their workplace or commuting route.