Celebration of success at 2017 graduation ceremonies 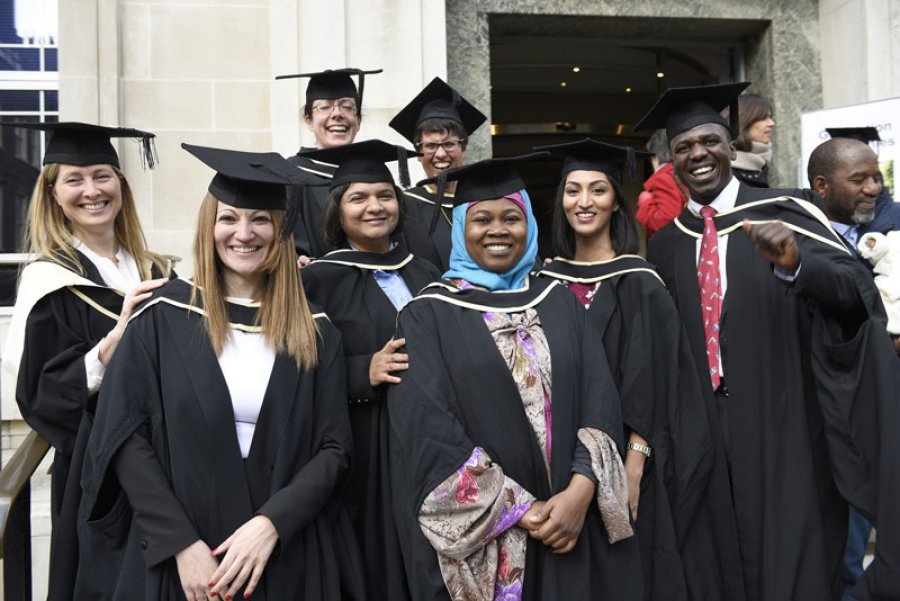 At the morning ceremony, Dame Marjorie Scardino, the Chairman of the School's Council, conferred the Edwin Chadwick Medal on Richard Horton, Editor-in-Chief of the medical journal The Lancet, for his tireless public health advocacy. In the afternoon, the medal was conferred on Allen Foster, Professor and Co-Director of the School's International Centre for Eye Health, for his outstanding contribution to public health.

The formal ceremonies for the class of 2015/16 were held at Friends House on Euston Road, followed by receptions at the School's Keppel Street buildings.

In her welcoming address, Dame Marjorie told the graduates and their guests: "When you leave this hall today, you'll be members of a special community of alumni working all around the world... in a time of 'post-truth' and 'alternative facts' we need the intelligence to discern and clearly communicate the hard-won truths that are the fruits of your study."

Introducing the Edwin Chadwick Medallists, the School's Director Peter Piot said:  "Many of you here will be familiar with Richard as an opinion leader in the world of global health, who has shone a spotlight on the significant impact of broader geopolitical issues - conflict, humanitarian crisis, climate change, and access to medicines... And many of you will know Allen, who has pioneered efforts to eliminate avoidable blindness. Both are true leaders and role models, who have each made an outstanding contribution in their field."