9 June 2017 London School of Hygiene & Tropical Medicine London School of Hygiene & Tropical Medicine https://lshtm.ac.uk/themes/custom/lshtm/images/lshtm-logo-black.png
The likely causes of swelling in specific parts of the brain of cerebral malaria patients have been revealed, according to new research published in the journal mSphere, with the findings potentially bringing new treatments for the deadly disease closer. 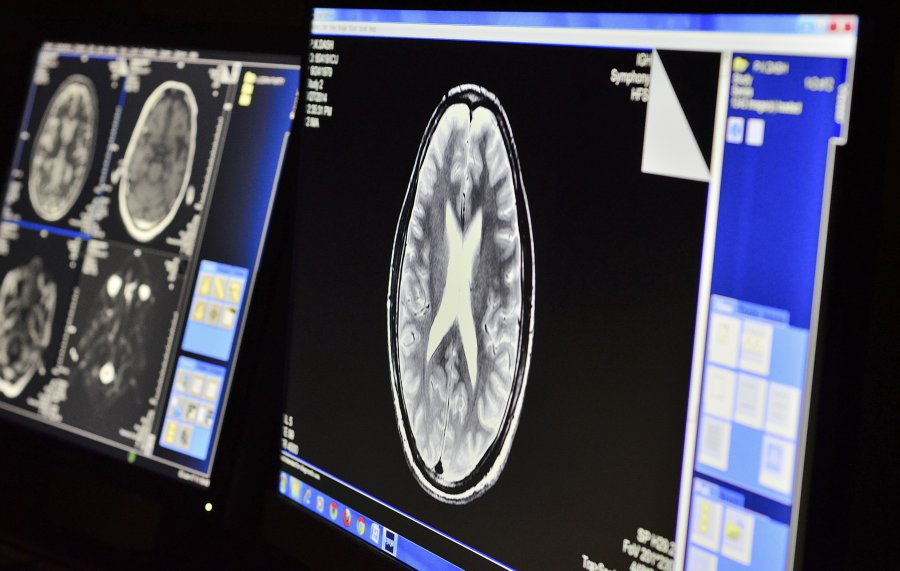 The case series was co-authored by the London School of Hygiene & Tropical Medicine and carried out by the Center for the Study of Complex Malaria in India at Ispat General Hospital in Odisha.  Eleven patients hospitalised with cerebral malaria had increased brain size identified by MRI. After a series of scans, the researchers found that cerebral swelling in those patients was caused by two different mechanisms: fluid leaking from blood vessels, also called vasogenic oedema, at the rear of the brain, and congestion of blood vessels deep within the core of the brain.

More than 200 million people are infected with malaria each year, which caused 429,000 deaths worldwide in 2016. Of the five species of malaria parasites that can infect humans through the bite of Anopheles mosquitos, the most widespread and lethal is Plasmodium falciparum. A hallmark of this parasite is to infect red blood cells and make them ‘sticky,’ leading to accumulations in tiny blood vessels throughout the body. Only a small percentage of patients infected with P. falciparum develop cerebral malaria, but it is fatal in one out of five cases despite antimalarial treatment.

The mechanisms behind cerebral malaria, which is responsible for the majority of malaria-related deaths, are still poorly understood. Previous studies have shown that brain swelling is a common feature of cerebral malaria, and that severe swelling is associated with death in African children.  However, the cause of the swelling has remained unidentified, until now.

The high-resolution MRI scanner used in this new study allowed the authors to attribute the swelling to vasogenic oedema in the posterior circulation of the brain, where inflammation and sticky parasite-infected red blood cells weaken the blood vessel walls. Blood plasma can then escape through the walls and build up in the brain tissue, causing it to swell. In half of the patients, they found that congested blood vessels deep within the core of the brain also contributed to the swelling, a phenomenon likely caused by the massive accumulation of parasite-infected red blood cells.

All 11 patients enrolled in the study survived. They were given a course of antimalarial treatment, which completely reversed the swelling in 90% of the patients within three days, and in all patients within a month. The vasogenic oedema observed in all cases could be treated with existing drugs used to treat vascular conditions such as hypertension, offering hope for a type of severe malaria that is often fatal.

Study co-author Dr Sam Wassmer, Associate Professor in Malaria Pathogenesis at the London School of Hygiene & Tropical Medicine said: “One major obstacle to finding new treatments for patients with cerebral malaria is that we still don’t really understand what causes the brain swelling associated with it. Using MRI in patients from India, we demonstrate for the first time that the swelling is due to two different mechanisms in separate parts of the brain.  The most commonly observed in our case-series involves a dysfunction of the small blood vessels at the back of the brain, which become permeable and leak plasma into the cerebral tissue.

“The good news is that generic drugs to strengthen blood vessels already exist and could potentially reverse these leakages. Our next goal will be to assess whether we can increase survival in cerebral malaria by using them in combination with antimalarial drugs.”

The authors state that the reversible nature of the vasogenic oedema in this case series is similar to a condition known as posterior reversible encephalopathy syndrome (PRES). Although previously described in one cerebral malaria patient, the high frequency of PRES-like symptoms observed in this study is unique, potentially becoming an area of further focus.  Despite the small sample size, the authors say this study could help improve understanding of the mechanisms contributing to cerebral malaria. It is hoped this new insight could help identify cheap and already existing treatments that can work in conjunction with effective antimalarial drugs.