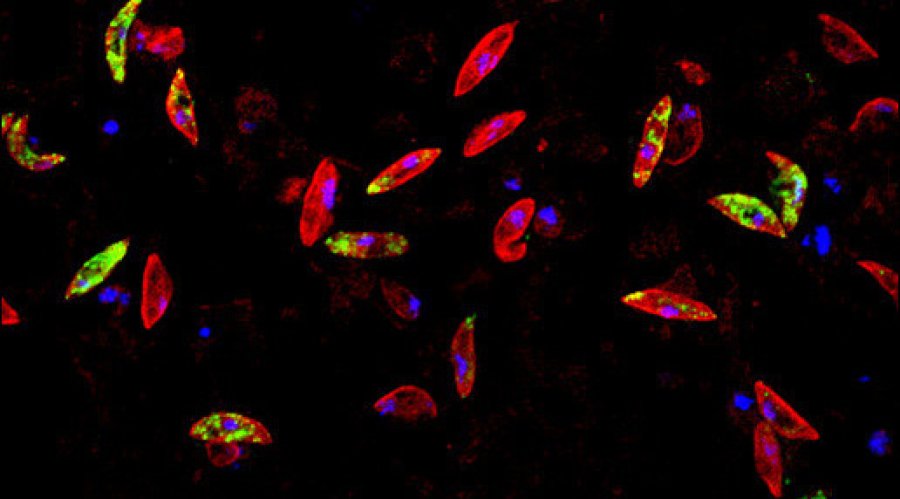 This is the first study to show that large variations in human glycophorin receptor genes, which are unusually common in Africa, are protective against malaria.  The findings pave the way for new research on vaccines to prevent malaria parasites invading red blood cells. Despite recent advances in malaria vaccine technology, current options are still only partially effective as protection wanes relatively quickly.

More than 200 million people a year are infected with malaria which killed 429,000 people worldwide in 2016. Africa carries a disproportionately high share of the global burden of the disease with 90% of malaria cases occurring in the region. Transmitted by the bite of infected mosquitos, the most widespread and lethal malarial parasite across the world is Plasmodium falciparum.

The parasite infects human red blood cells and gains entry via receptors on the cell surface. Previous studies on natural resistance to malaria have been linked to a section of the human genome near to a cluster of glycophorin receptor genes.  These receptors found on the surface of red blood cells are amongst many receptors that attach to Plasmodium falciparum. However, it is only now that they have been shown to be involved in protection against malaria.

Researchers investigated the glycophorin area of the genome in more detail than ever before using new data from 765 volunteers in the Gambia, Burkina Faso, Cameroon and Tanzania.  Using this information they then undertook a study across the Gambia, Kenya and Malawi that included more than 5,000 individuals from the normal population, and more than 4,500 people who were hospitalised from severe malaria. They discovered that people who have a particular rearrangement of the glycophorin genes were less likely to develop severe malaria.

David Conway, Professor of Biology at the London School of Hygiene & Tropical Medicine and one of the study’s co-authors said: “Our study shows how precise protein structures on the red blood cells affect susceptibility to malaria infection. It revealed many genetic variations in glycophorin structures, including one in particular that was linked to malaria resistance. More work is needed to see whether other variants have a similarly protective effect, but these exciting and novel discoveries provide a new avenue of research in the search for a highly effective malaria vaccine.

“Renewed focus on the parasite invasion of red cell is made possible through an international collaboration to study large numbers of patients, co-ordinated by our colleagues at the Wellcome Trust Sanger Institute and the MalariaGEN network.”