Following the completion of his Ph.D. in Marseille, Sam Wassmer joined the Liverpool School of Tropical Medicine in 2005, as a post-doctoral fellow. He was based at the Malawi-Liverpool-Wellcome Trust Clinical Research Programme in Blantyre, and was awarded a Wellcome Trust Research Training Fellowship in 2007 to investigate the influence of endothelial responsiveness to TNF on malaria severity and outcome. In parallel, he contributed to seminal work on the pivotal role of endothelial protein C receptor in fatal paediatric cerebral malaria, associating for the first time coagulation and inflammation with parasite sequestration in the brain.

In September 2010, Sam Wassmer was appointed Assistant Professor in the Department of Microbiology at the New York University School of Medicine, where he worked for over 5 years. During this time, he developed several research projects in Rourkela, India, as part of an NIH-funded International Center of Excellence for Malaria Research. His research focusses on the mechanisms underlying the pathological differences in cerebral malaria between African and Southeast Asian populations, the main affected groups.

Sam Wassmer joined the School in May 2016 as an Associate Professor of Malaria Pathogenesis. He is currently the co-Director of the Malaria Centre.

Sam has successfully completed the Postgraduate Certificate in Learning and Teaching  at the LSHTM and has become an Associate Fellow of the Higher Education Academy (HEA). He has a wide range of teaching activities, which include:

He is the Chair of the Exam Board for the Immunology of Infectious Diseases MSc, participates in the annual field trip for the Medical Parasitology MSc, tutors students from both courses, and is involved in the Mentorship Scheme at LSHTM.

Sam Wassmer's team investigates factors that lead to the development of cerebral malaria in patients infected with Plasmodium falciparum. This includes specific virulence factors of the parasite, as well as host-related determinants across cohorts from different age groups and geographic origins. Sam is also interested in the development of cost-effective and easily deployable diagnostic tools, specifically designed for malaria-endemic settings. 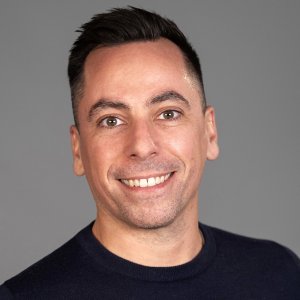