The path to defeating meningitis in a decade

London School of Hygiene & Tropical Medicine https://lshtm.ac.uk/themes/custom/lshtm/images/lshtm-logo-black.png Tuesday 28 September 2021
As the WHO and partners launch the roadmap to defeating acute bacterial meningitis by 2030, Professor Sir Brian Greenwood looks back on his past 50 years working on one of the world's biggest infectious disease killers. 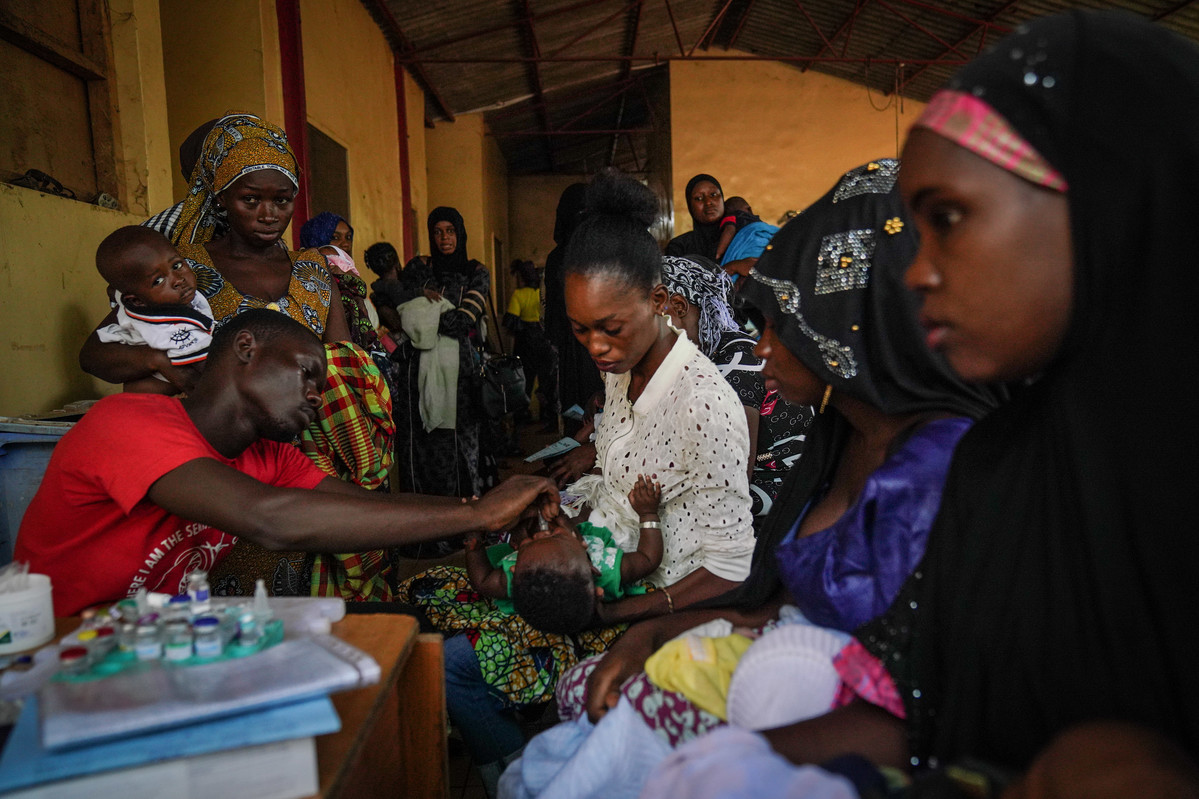 Acute bacterial meningitis (ABM) is still a major public health challenge around the world. It affects more than five million people globally each year, and kills approximately 250,000. Those who do survive are often left with a long-lasting disability, such as hearing or visual loss, brain injury, seizures or limb amputation. ABM does not discriminate – it’s effects are seen around the world and in all age groups.

ABM can be caused by several different species of bacteria.  The meningococcus, one of the commonest causes of ABM, is present in the throat and nose of healthy people who can pass it on to others by sneezing, coughing or kissing. Other types of ABM are spread in a similar way.

During half a century of working on meningitis, I have seen the challenges of tackling this deadly and disability condition at first hand. Like COVID-19, ABM can cause fast-spreading epidemics. Outbreaks of meningococcal disease have occurred in universities in the UK and other industrialised countries on many occasions. However, the Sahelian and sub-Sahelian areas of Sub-Saharan Africa, in what is known as the African meningitis belt, have the highest risk of meningitis infection with many massive  epidemics affecting tens of thousands of people having occurred over a short period of time on many occasions in the past, with few resources available to respond effectively.

I saw my first case of meningococcal meningitis, exactly 50 years ago (1971), shortly after arriving to work in a district hospital in Zaria, northern Nigeria. When I qualified in medicine in the UK in the 1960s, infectious diseases were almost entirely absent from the student curriculum and junior doctors’ training assumed that the era of infectious diseases was over, at least in industrialised countries. Subsequent experience has shown how wrong these authorities were!

Learning how to diagnose and manage cases of meningococcal meningitis was a rapid learning process. A few days after the first case presented to the hospital in Zaria, two more patients arrived, then five more and before long up to 50 new cases a day were coming to this small hospital, meaning that patients had to be cared for in temporary accommodation with limited resources.

This epidemic, as with previous meningococcal epidemics, disrupted routine health care, business and social activities and caused acute anxiety in the affected communities, as has been seen during recent Ebola and COVID-19 epidemics. As a young and inexperienced doctor, exposure to this epidemic influenced my decision to make finding ways of diagnosing, treating and preventing ABM an important part of my future career.

A lot of progress has been made since 1971 in reducing the burden of ABM, mainly through the development and deployment of effective vaccines. The Meningitis Vaccine Project, a partnership between WHO, PATH and the Serum Institute of India funded by the Bill and Melinda Gates Foundation, developed a vaccine against the group A meningococcus (MenAfriVac) which halted a major epidemic of meningococcal meningitis in Chad in 2012. Since the subsequent roll-out of over 300 million doses of this vaccine  across the African meningitis belt,  there has been no further epidemic caused by this bacterium. Similar success has been achieved in other countries with vaccines against group B and C meningococci, Haemophilus influenzae type b (Hib) and the pneumococcus.

Despite the successes of vaccination, ABM still causes many deaths and much long-lasting disability. This is because the available vaccines do not protect against all strains of the bacteria against which they are directed, and effective vaccines are not deployed in all populations where they are needed. There is currently no licensed vaccine against the group B streptococcus, which is a common cause of meningitis in the first month of life.

Now is the time for global action to tackle the continuing challenge of ABM. The World Health Organization (WHO) and partners have, therefore, developed a plan to ‘Defeat Meningitis by 2030’ to give ABM the attention that it deserves. The roadmap sets out the steps that will be needed to eliminate epidemics, reduce deaths from ABM by 70%, and cases of vaccine preventable ABM by 50%, worldwide by 2030. A task force, which I co-chair, has been set up to support the implementation of the plan.

Launched this week, this roadmap – which was approved by the World Health Assembly in November 2020 – has five pillars (prevention and epidemic control, diagnosis and treatment, surveillance, support and care and advocacy and engagement) with each pillar setting out tasks, targets and milestone for each set of activities.

It is my hope that researchers, policymakers, charities and others will come together to treat ABM as the global health problem it is, to reduce the global burden of this disease and improve the quality of life after meningitis.

We have the plan – now is the time for concerted global action to follow its instructions and back it up with the support and money that it needs.