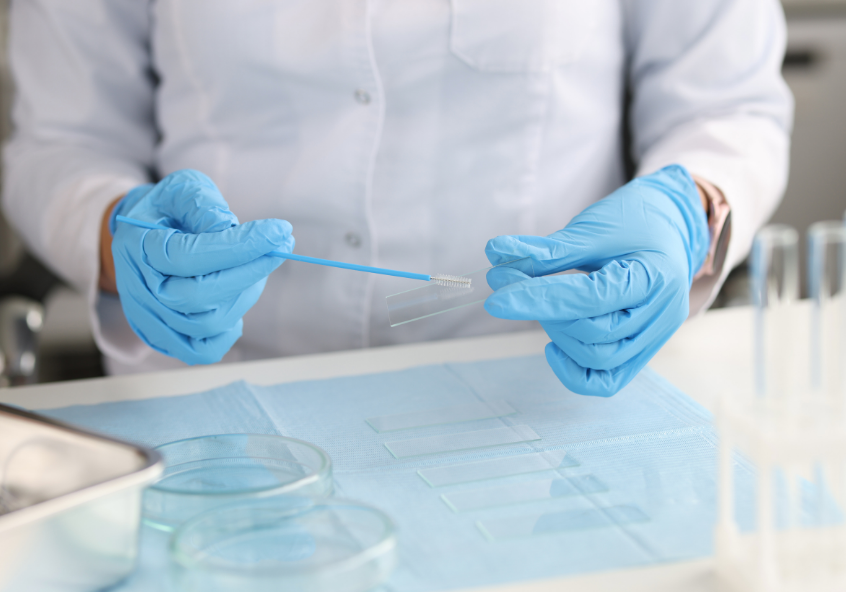 Cervical screening was a hot topic following the announcement that from 1st January 2022 the routine screening interval for people with a cervix aged 25 to 49 in Wales was extended from three to five years. This caused widespread concern and a petition to overturn the decision has received over 1.2 million signatures to date.

If COVID-19 has taught us anything, it’s that clear communication with the public is everything. Public Health Wales has apologised for not doing enough to explain its rationale for the policy change, which brings Wales in line with the recommendations of the UK National Screening Committee and is supported by the latest research in this area. It is not yet known whether a similar policy will be introduced in the rest of the UK, but it is clear that better communication is key.

The recommendation to extend the interval from three to five years is due to a change in how cervical screening is carried out, as the test used has changed.

Previously cytology, or a smear, was used to collect cervical cells and examine them under a microscope to search for anything which looks abnormal. Cytology is good at detecting cancer cells or severe abnormalities  but may not identify all those who are at higher risk of future cancer. Given this, a three-year screening interval (the period between screening tests if you have a negative result) between cytology tests is about right.

In 2019, the NHS cervical screening programme (CSP) moved from primary cytology to testing for human papilloma virus or HPV.  Almost all cases of cervical cancer are caused by HPV infection, but the majority of HPV infections disappear on their own without any symptoms. Cytology is still done as a second test on samples that are HPV positive, as this identifies those who are most likely to have pre-cancer or cancer.

The new test detects those at higher risk of developing cervical cancer more accurately than the previous test, which means that the routine screening intervals can be safely extended to five years for people who are not at high risk.

However, while we saw low risks up to 10 years after a negative HPV test, we wouldn’t necessarily advise extending screening intervals as long as 10 years. This is because in our follow-up data, women continued to be screened and referred on the basis of cytology every three to five years during the follow-up, which may have prevented some cancers and therefore the total number of cancers may be under-estimated.

Data from our trial was combined with three other European trials in a landmark study published in the Lancet in 2013, which influenced screening programmes around the world to move away from primary cytology screening towards primary HPV screening. One of the conclusions from this collaborative project was that a five year screening interval (following a negative HPV test) is safe.

This research helped inform the recommendation by the UK National Screening Committee in 2017 to move to primary HPV testing and extend the screening interval to five years.

The recent policy change in Wales therefore reflects a positive development in cervical cancer screening rather than a cause for concern. This week is an opportunity to raise awareness about the importance of cervical cancer screening for prevention and to communicate about how science is helping us better understand the disease and improve testing programmes around the world.