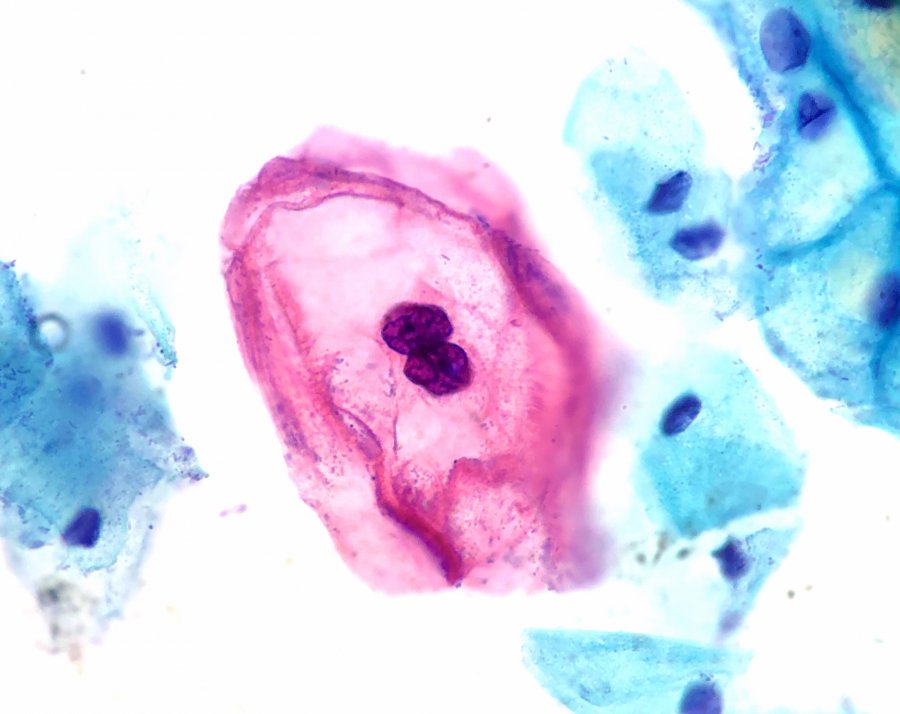 HPV vaccination has higher health benefits and is more cost-effective than previously estimated, according to a new study published in The Lancet Global Health.

The research, led by the London School of Hygiene & Tropical Medicine, updated a mathematical model with new methods and data about population growth, ageing, and the number of women who get cervical cancer in different countries.

The study team estimate that HPV vaccination will now prevent 26% more cases and 51% more deaths of cervical cancer when nine year old girls are vaccinated compared to previous estimates at the global level.

Three HPV vaccines (bivalent, quadrivalent, and nonavalent) are widely available in the global market to protect against the different human papillomavirus types. The team estimate that vaccination in Africa will provide the highest relative health benefits with HPV vaccination now preventing 43% more cases and 68% more deaths of cervical cancer when nine year old girls are vaccinated compared to previous estimates in Africa.

Cervical cancer ranks fourth in the global burden of cancer among females for both incidence and mortality worldwide, and is the leading cause of cancer death among females in 42 countries. In 2018, the World Health Organization (WHO) estimated that there were 570,000 new cases and 311,000 women died from cervical cancer globally, with nearly 90% of these deaths occurring in low and middle-income countries.

In May, 2018, the WHO Director-General called for global action to eliminate cervical cancer as a public health problem through improved coverage for HPV vaccination, high-precision screening tests, and treatment and care.

Kaja Abbas, Assistant Professor in Disease Modelling at the London School of Hygiene & Tropical Medicine and study lead author, said: “We know HPV vaccination saves lives and is cost-effective. The results from this study suggests HPV vaccination can save more lives and is more cost-effective because the number of girls needed to be vaccinated to prevent a single case or death is lower than previous forecasts.”

The mathematical model called PRIME (Papillomavirus Rapid Interface for Modelling and Economics) was originally developed in 2014 in collaboration with the WHO to assess the health impact and cost-effectiveness of HPV vaccination in girls around the world. It showed that vaccinating 12-year-old girls against HPV with the bivalent and quadrivalent vaccines was cost-effective in almost every country.

In this study, the researchers updated PRIME with new data post the licensure of the nonavalent HPV vaccine in 2014, as well as for population demography of the United Nations World Population Prospects 2019 revision, disability weights of the Global Burden of Disease 2017 study, and cervical cancer burden from the Global Cancer Incidence, Mortality and Prevalence 2018 database.

Mark Jit, Professor of Vaccine Epidemiology at the London School of Hygiene & Tropical Medicine and study senior author, said: “Only 11 of 48 countries in the WHO African region had introduced HPV vaccination by 2018 and only two countries had 90% or higher vaccination coverage among the primary target population of girls aged 9-14 years, despite WHO recommendation that routine HPV vaccination should be included in national immunization programmes.

“Our work suggests HPV vaccination will provide the greatest relative health benefits in this region because of a higher disease burden of cervical cancer before vaccination. Our work reinforces the need for countries in Africa to introduce HPV vaccination and to scale-up coverage.”

The study was funded by Gavi, The Vaccine Alliance, and the Bill & Melinda Gates Foundation.

Dr Seth Berkley, CEO of Gavi, the Vaccine Alliance, said: “In the developing world, cervical cancer is one of the main causes of cancer deaths in women. This important study shows just how effective the HPV vaccine could be at reducing this toll.

“By the end of this year Gavi will have helped vaccinate 14 million girls with HPV vaccine, although a shortage of vaccine has meant that the demand from countries to vaccinate more than 10 million additional girls has been unable to be met.  This study sends a clear signal that we need to sustain funding for this lifesaving vaccine and urgently resolve the vaccine supply issues that are preventing us from reaching millions more girls.”

The authors acknowledge limitations of their work including that herd effects are not considered; vaccination is considered to have no effect on women after sexual debut; cervical cancer incidence is assumed to remain constant in the absence of vaccination; and cross-protection against non-vaccine HPV genotypes is excluded.

However, they note HPV vaccination may have an even greater impact and be more cost-effective than predicted here, because of a number of conservative assumptions in PRIME, such as the exclusion of herd effects and cross-protection against non-vaccine HPV genotypes.