Will Stone, researcher at the London School of Hygiene & Tropical Medicine

Will Stone, researcher at the London School of Hygiene & Tropical Medicine 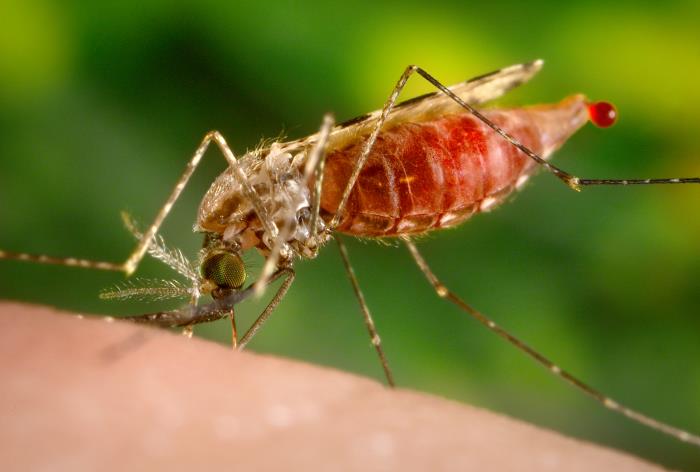 Malaria spreads with dizzying efficiency. In infectious disease theory, the R0describes how many people someone with a disease will infect: more than one and the disease will spread, fewer than one and it will die out. The R0 of the Ebola virus during the 2015 outbreak in West Africa was estimated to be between two and three. Estimates for the R0 of malaria in Africa vary from fewer than one to more than 3000.

The disease spreads so quickly because malaria parasites are transmitted by mosquitoes, which can both pick up and transmit malaria by biting someone who is infected. As it feeds on a patient’s blood, the insect sucks up malaria parasites and these develop inside its stomach. The parasites then find their way to the salivary glands of the insect, so it can infect new people. In this way, one malaria patient can lead to many hundreds of new malaria cases.

Despite having known how malaria parasites are transmitted for 120 years, the disease still exerts a terrible toll on some of the world’s poorest populations; in 2015, malaria killed more than 400,000 people a year, mainly children less than five years old. Until recently, efforts have focused on reducing the disease’s deadliest effects. Now though, the world is set on eradicating the parasite for good, and our ability to do this depends on breaking the cycle of transmission between humans and mosquitoes.

In 2018, the world’s first malaria vaccine - RTS’S (or Mosquirix) - will be rolled out across Africa. RTS’S contains synthetic proteins present in the malaria parasite when it is injected by mosquitoes. By exposing these to the immune system, the vaccine creates antibodies that can kill real malaria parasites before they multiply and cause illness. Unfortunately, trials showed that RTS’S only prevents 20-30% of clinical cases in infants and children, so there is little hope the approach will significantly reduce rates of transmission, but what if we could flip the malaria control paradigm: what if a vaccine could prevent mosquitoes getting malaria from humans?

The idea is not as wild as at sounds. For a start it doesn’t involve vaccinating millions of insects, in fact, ‘transmission-blocking’ immunity occurs naturally. The body responds to malaria infection as it does to a vaccine; by making antibodies that circulate in the blood. Some attack the parasite in the body, preventing illness, while other, rarer antibodies attack the parasite in the mosquito. If bitten by a mosquito, these antibodies would protect the insect (and everyone it would go on to bite) by destroying or disabling the parasites inside its stomach. Transmission-blocking immunity is often called altruistic: it protects your neighbours, rather than yourself. However, protecting your neighbours ultimately protects you too.

In the mid 80’s, Geoff Targett and his team at the London School of Hygiene &Tropical Medicine (LSHTM) showed that mice vaccinated with malaria proteins normally present inside mosquitoes developed transmission-blocking immunity. Unfortunately, progress since then has been slow: only a handful of vaccine candidates have entered development.

In the same group, Chris Drakeley and Eleanor Riley conducted some of the earliest research into the mechanisms of natural transmission-blocking immunity, describing the relationship between infectiousness and immunity in malaria patients in Africa. They found that only a fraction of people produce immune responses that can avert mosquito transmission, and that this occurred even in the absence of suspected transmission-blocking antibodies.

Continuing their works, researchers at LSHTM and Radboud University Medical Center in the Netherlands are again looking to nature to provide more candidates for vaccine development.  Research by Teun Bousema's group found that one in twenty-five of the most infectious malaria patients produced antibodies that were able to prevent the spread of malaria completely.

A new paper published in the journal Nature Communications examined blood from more than 600 malaria patients, testing their ability to inhibit mosquito infection and their immune response to over 300 malaria proteins: Antibodies targeting 45 of these proteins were linked with people’s ability to inhibit the spread of malaria, and people with these antibodies were ten times less infectious for mosquitoes.

This means we are now better able to understand which people contribute to the spread of malaria. For a number of proteins, we are now investigating whether they could have potential as a transmission blocking malaria vaccine. If they work in the lab, the major challenge for vaccinologists will be making the vaccine adequately powerful and long lasting to reduce malaria transmission in human populations.

Ultimately it’s not one approach that will end malaria. However a transmission-blocking vaccine, combined with effective drugs, mosquito-control, and a vaccine like RTS’S, could prevent its spread and bring eradication of this deadly disease one step closer.

Malaria Centre
Paving the road to a malaria-free world