London School of Hygiene & Tropical Medicine https://lshtm.ac.uk/themes/custom/lshtm/images/lshtm-logo-black.png Tuesday 26 November 2019
Globally, malaria deaths halved between 2000 and 2015. This was primarily achieved through the mass distribution of insecticide-treated bed nets. However, according to the most recent World Health Organization global report mosquitoes have developed resistance to the four main classes of insecticides commonly used for their control across all WHO regions with ongoing malaria transmission. 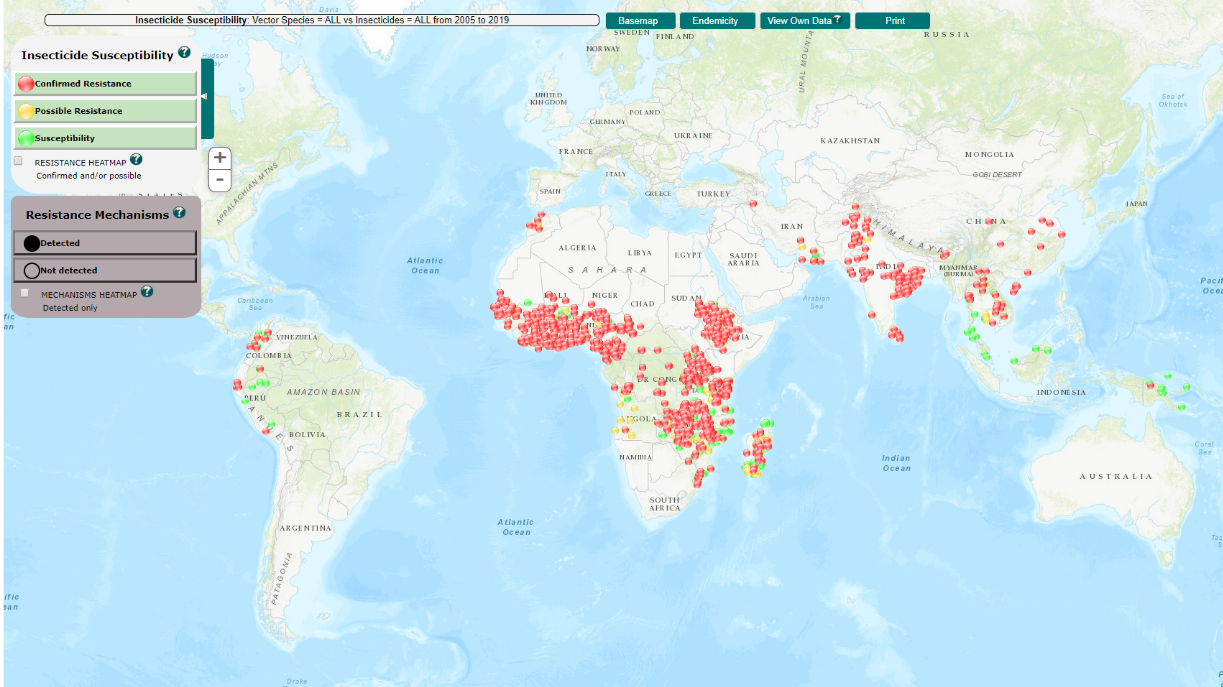 This has led to serious concern that the recent gains achieved by bed nets may only be short-lived, and that resistant mosquitoes will drive malaria deaths back up to the pre-bed net era - when nearly a million people were dying each year. New methods for killing mosquitoes are desperately needed.

One promising solution is drugs known as systemic insecticides that render our blood toxic to mosquitoes. As these drugs are well tolerated by us but fatal to mosquitoes, humans can be safely treated and the mosquito dies shortly after biting them. This novel method of killing mosquitoes was  demonstrated first at LSHTM ten years ago using ivermectin – a drug already known for its use in treating river blindness.

Over the past few years, several trials have been conducted across Africa, each showing a positive impact on health of combining traditional methods of mosquito control, such as bed nets and house spraying, with mass treatment with ivermectin.

While promising, there is concern that overdependence on a single compound will eventually result in the rapid spread of resistance in malaria mosquitoes, as it did in the past with pyrethroids. Alternatives are required – we must build up a bank of various systemic insecticides for mass drug administration that could significantly delay the effects of resistance, resulting in a more sustainable strategy.

This is particularly critical in light of the increasing reports of mosquitoes altering their behaviour to avoid current control mainstays such as bed nets and house spray by biting people outdoors. We must stay one step ahead of them. A recent new study by LSHTM could be crucial.

We identified two new candidate compounds that could be used as systemic insecticides against malaria – isoxazolines and spinosyns – by reviewing the literature on veterinary and human anti-parasitic compounds with known effect on arthropods. By simulating a range of different malaria transmission settings, we were able to show that these compounds have the potential to kill enough malaria mosquitoes to reduce malaria incidence significantly.

The model showed that both were promising candidates for mass drug administration, predicting that, with 70%–80% drug coverage, malaria prevalence could be halved compared to what is achievable with bed nets alone.

Developing novel strategies for malaria control is imperative as indicated by the most recent sustainable development goals report which describes how, after more than a decade of steady advances in bed nets reducing malaria, progress has stalled. It is a matter of increasing urgency that these candidates are taken forward to further test both their mosquito-killing impacts and their safety for humans.