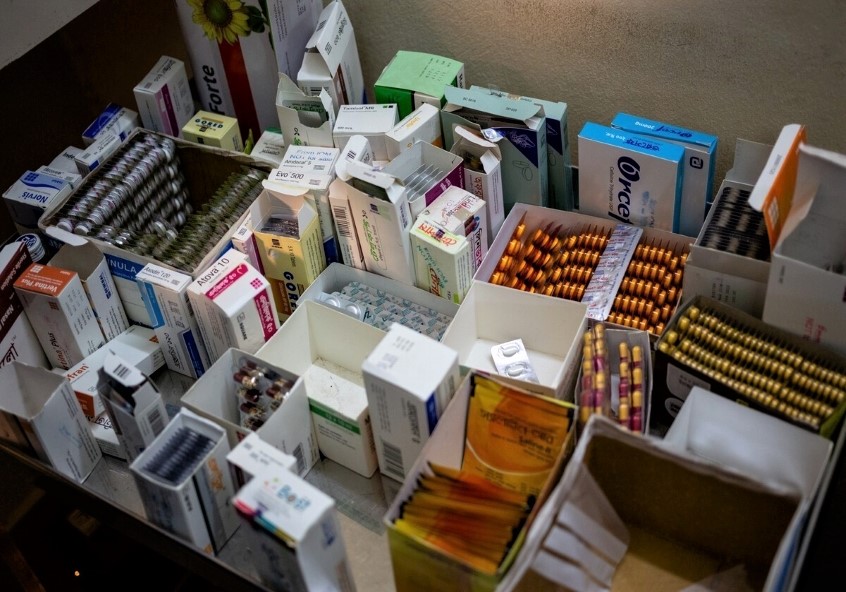 How do antibiotics work?

Antibiotics are made from naturally occurring chemicals that stop bacteria growing, either by slowing down their normal functions or by killing them directly. We use antibiotics when we need to treat serious bacterial infections, like urinary tract infections, skin infections or meningitis.

Antibiotics can be taken as tablets, as liquids for children or through a drip in severe infections, but they need to be taken regularly over a short space of time to ensure the bacteria causing the infection are eradicated. There are many different types of antibiotics and so depending on the infection that needs to be treated, doctors will give different drugs or combinations of drugs to best target the specific infection. Antibiotics do not work against viruses, like the common cold, influenza or COVID-19, but there are some antiviral agents that can be used in severe disease.

How do antibiotics support the immune system?

In people who have a weak immune system, either due to an inherited condition or due to medical treatments, for example long-term steroids or chemotherapy for cancer, then they are more at risk of infections and less able to fight them, then antibiotics are crucial in their fight against bacterial infections.

Why do antibiotics upset my stomach?

Our bodies are covered with good bacteria, also known as our microbiome, which consists of trillions of bacteria on our skin, in our mouth and gut. They are part of our normal and healthy existence. As antibiotics specifically slow the growth and kill bacteria, when we take antibiotics to treat a specific infection, many of the good bacteria in our gut also get killed in the cross-fire. This disrupts the normal functioning of the gut and so diarrhoea is a common but non-serious side effect of antibiotic treatment. After the course of antibiotics is finished, the bacteria in the gut regrow and gut function should go back to normal soon after. Sometimes eating yoghurt or probiotics, which are full of healthy bacteria, can help rebalance the gut bacteria.

Why should I be concerned about antimicrobial resistance (AMR)?

Antimicrobial resistance (AMR) occurs when bacteria, viruses, fungi and parasites develop adaptations to avoid being killed by medicines, making infections harder to treat. When we take antibiotics for a urinary tract infection, for example, the antibiotics are killing the bacteria in our urinary tract that caused the infection, but all the other bacteria in our bodies (in our gut, on our skin, etc) are also being exposed to these antibiotics too, and some will adapt to save themselves. This means that if these skin or gut bacteria cause an infection in future, it will be harder to treat it as some antibiotics will not work anymore.

A real-world example is that if a person develops sepsis (i.e., bacterial infection of the blood), it is very important they receive an effective antibiotic quickly, ideally within the first hour. Doctors have to make an educated guess what antibiotic to give, while they wait for tests to confirm exactly which bacteria are causing the infection and the best choice of antibiotics to use. The more common antibiotic resistance is, the harder it will become to make that educated guess, with the chance of a healthy recovery becoming smaller. This is the reality in many parts of the world, where antibiotic resistance is the norm, not the exception.

What can I do to prevent antimicrobial resistance?

Every single time bacteria are exposed to antibiotics, there is a chance they will develop resistance. So it is essential to only use antibiotics when they are really necessary. If you are concerned you have an infection, it is important to seek medical attention, so that the doctors can assess your symptoms, perform tests if needed and make an informed decision as to whether they think your infection is caused by a bacteria and if so the best antibiotics to treat it. Sharing antibiotics with family/friends or buying antibiotics over the counter (as is possible in some countries) should be avoided, as they may not work, may cause side effects, and may cause the bacteria to become more resistant and harder to treat.

Another exposure to antibiotics is through farming, where animals going into the food chain are given antibiotics to promote growth or keep them healthy. Use of antibiotics here can also lead to resistant bacteria getting into our bodies, that can be hard to treat if they cause an infection. This is why in some places, like the EU and UK, the antibiotics we rely on to treat humans can no longer be used in animals.

Doctors and veterinarians must be prudent in our prescription of antibiotics, ensuring they have performed a thorough history and examination, and suitable tests to accurately diagnose infections. With the results they should prescribe appropriate, narrow spectrum antibiotics (to limit the impact on good skin and gut bacteria), for the shortest duration needed (to reduce the chance of resistance).