London School of Hygiene & Tropical Medicine https://lshtm.ac.uk/themes/custom/lshtm/images/lshtm-logo-black.png Friday 23 February 2018
The newly released federal budget cripples the United States’ ability to prepare and respond to public health threats. The Trump administration must have forgotten why America created the Global Health Security Agenda in the first place. So, I will remind them. 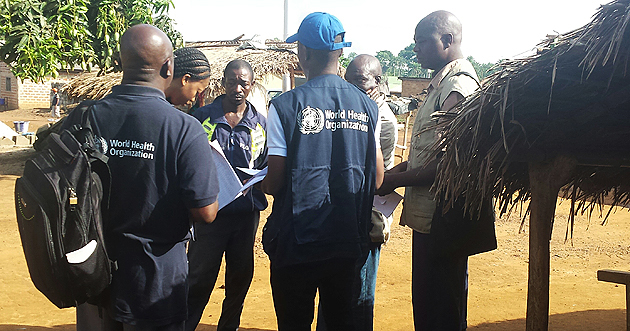 The West African Ebola outbreak of 2014-16 was a terrifying, murderous rampage that ticked almost every box on the ‘bad’ column, yet surprisingly enough, it ticked some ‘good’ boxes, too. It taught the world how truly interconnected our health is and that we must do a better job in protecting health globally so that we can better protect health locally.

That realization led to the creation of the Global Health Security Agenda (GHSA), a five-year multilateral initiative created in 2014 to improve all countries’ abilities to prevent, detect and respond to public health threats.

Now, just as a consensus approach was being finalised to strengthen this wall (if you will) of global health security against future pandemics, the Trump administration announced that after September 2019, the Center for Global Health’s budget will be slashed by almost half, and will reduce 80% of its efforts in strengthening health systems in low-income countries to detect and stop disease outbreaks.

This will mean a sharp reduction in the number of countries that the US supports.  Even more dismayingly, the countries staying on the list include richer countries or countries that are already large recipients of aid, such as India and Nigeria.  Smaller and lower-income countries that already have comparatively small foreign aid support were ostensibly left off this list – prompting even the most trusting idealist to suspect that this policy change is more political than an evidence-based thoughtful decision towards the stated goal of protecting Americans.

If we choose the way of the Trump administration, then we choose to ignore the lessons of the Ebola outbreak, and how it killed more than 11,000 people and spread to 15 countries, including the US. Two of the three countries that saw the most devastation are not even included on the post-2019 priority country list. Removing funds to strengthen health systems will topple local health services in these countries, leading to further economic disparity.

Unravelling the progress made to prevent future health pandemics will be detrimental to rich and poor countries alike. To find and tackle deadly pathogens and prevent the next epidemic, we must build up our frontline health worker capacity and abilities— everywhere. It took the Spanish flu, bubonic plague, the AIDS epidemic, Ebola and countless epidemics to figure this out.

If the Trump administration forces the CDC to retract their expertise and money from the most fragile countries just because of a political agenda, then they are knowingly allowing the weakest links in the chain of global health security to snap—causing a huge hole in our disease surveillance and massive vulnerabilities in our defence against deadly pathogens.

Numerous studies and reports have shown that it is folly to ignore national health systems if we want to strengthen health security worldwide. And so, while stronger emergency mechanisms have emerged post-Ebola, world public health leaders have called for more investment in non-emergency health systems that will detect disease increases much earlier.

Programmes like the Joint External Evaluation to assess and improve national health systems, led by the United States Agency for International Development (USAID); and the United Kingdom Department for International Development (UK-DFID)’s soon to be revealed Tackling Deadly Diseases in Africa Programme, highlight the smart focus on improving cross-cutting services in all countries that will have a significant impact on detecting diseases before they become epidemics.

These common sense improvements include increasing the number of skilled health workers and modernizing health records and reporting systems. The US financial contribution to these efforts was crucial in ensuring that this wave of shared sustainable initiatives was put in place. If the US rescinds its commitments then much of this work will be forced to stop. Generally, many of Trump’s policies are centred on eliminating perpetual dependency of other countries on the US. Surely it would be wise, long-term, to continue supporting countries to get them on their feet faster? Where would Germany be today if we had just cut its support after World War II?

Partisan politics may make sense to respective “bases” when the debate is about tax cuts or budget ceilings, but there should be a unified understanding that deadly pathogens do not care if the Republicans or Democrats are in power.

US scientific experts, politicians, and citizens must stand against cuts to the CDC and the US contribution to global health security.  We must remember that these cuts will directly affect each person, and especially each child— whether they are in the United States or in Zimbabwe.  Let’s not let politics trump good sense.