These case studies highlight the variety of ways in which recipients of ISSF Fellowships and Pump Priming Grants have used these awards to further their research, leading to outcomes such as new collaborations, research funding, skills development and career advancement. 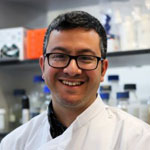 Jon sought to exploit bacterial oligosaccharyltransferases for the next generation of vaccines through his fellowship. Further to carrying out research, Jon pursued commercial activities over the course of his award, applying for four patents during 2016 and co-founding ArcVax Ltd with Professor Brendan Wren in November 2016. Jon obtained further BBSRC grant funding as PI and co-I during his fellowship, and was awarded a BBSRC/RSE Enterprise Fellowship in July 2017 focussing on the development of ArcVax. 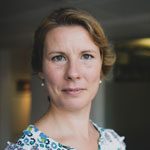 The aims of Clare’s fellowship were to initiate and pursue methodological advancements for evaluation research inspired by social science perspectives. The fellowship enabled Clare to extend her work beyond the field of malaria to that of antimicrobial resistance. This work supported a successful application for a Wellcome Seed Award in Humanities and Social Sciences in this area, and the subsequent award of the ESRC Anti-Microbials in Society (AMIS) Hub. Clare was promoted to Associate Professor in 2014 and co-founded the LSHTM Antimicrobial Resistance Centre in 2016. 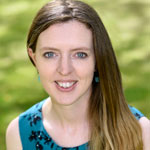 Katie’s pump priming grant allowed her to take time out from the project on which she was employed at the time to focus on a new research direction investigating eclipse phase HIV infection dynamics. The award funded 1.5 months of dedicate time for preliminary data acquisition and analysis, as well as international collaborator visits. Katie went on to submit a series of mid-career fellowship applications and was awarded a prestigious ERC Starting Grant in July 2017. 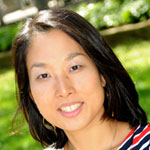 The pump priming grant enabled Kazuyo to conduct an examination of sexual behaviours among young people in Japan, in collaboration with Nagasaki University. The award, which was undertaken part-time over a period of 10 months, funded a research visit to Japan and a complementary training programme. The award contributed to strengthening the strategic institutional partnership between LSHTM and Nagasaki University, and Kazuyo’s collaborators were awarded a subsequent grant to continue this work.