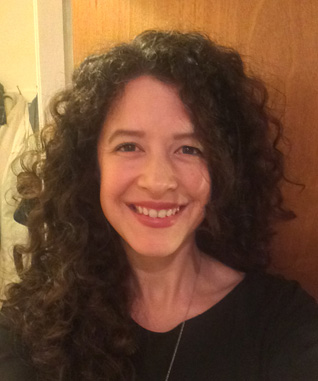 Prior to joining the MSc Demography & Health at the London School of Hygiene & Tropical Medicine, I completed a Master’s from SOAS in violence, conflict and development, after an international career working for Save the Children in child protection and sexual violence. I also worked in the UK for a charity called Brook. There, I worked in service and operational management in sexual health for young people.

When I decided to join the MSc I was considering a career change. Although I loved working in health, I didn’t feel that my skills were best suited to operational management and I was really keen to develop my technical and analytical skills. I felt that there was evidence missing from work that was being done in the sector in the UK, and I wanted to be part of finding that missing evidence.

"I never thought that I would do a PhD before I came to LSHTM. Coming here made me think “Oh, I can do that!” "

I chose to study the Master’s part-time, and during the first year of my course, I was still working at Brook. I went down to three days per week but was then offered a part-time analyst position at NHS England, which was exactly what I was looking for. I actually got the job before I finished the Master’s! That was really positive – I got to work 2.5 days a week in NHS England analysing mental health data and on the other 2.5 days I was in school.

After graduating, I went full-time and was promoted soon after to senior analyst; I am now working at a national level. I get to use many of the skills I learned on the MSc on a day-to-day basis and the ways in which I learned to think at LSHTM have really helped me. I recently had the opportunity to apply for a PhD working on the epidemiology of suicide and self-harm after leaving psychiatric in-patient care at the University of Manchester. This is an area that we look at in the NHS, and that I’m really interested in, so I’m going to be moving to Manchester. I never thought that I would do a PhD before I came to LSHTM. Coming here made me think “Oh, I can do that!”

Want to read more about studying at LSHTM?

Hear more from our students, gain insights into other MSc programmes and find out what life at LSHTM is really like.