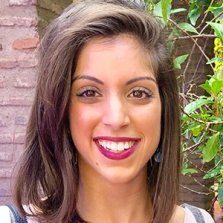 I received my B.A. in Global Development Studies (GDS) and History, with a minor in African Studies, from the University of Virginia. My undergraduate thesis was centered on HIV in South Africa. Prior to attending LSHTM, I spent 4 years working on a USAID-funded global HIV project with John Snow, Inc. (JSI), a public health consulting firm based in Washington, D.C.

What I enjoyed most about studying at LSHTM

Being surrounded by such a diverse student population was what made the program at LSHTM so valuable and inspiring. In many ways, I learned more from the talents and experiences every person brought with them than from the classes themselves (although the classes were important too! ;)). I also really enjoyed being in the Health Promotion stream – the classes were a lot smaller, which meant I was able to get more support and guidance from my professors!

Since graduating I have been...

I moved to Kuala Lumpur, Malaysia and have been working as a Regional Senior Program Manager to launch an mHealth app across Southeast Asia.

I spent a lot of time, and spoke to many different mentors, when trying to decide between studying at LSHTM or getting an MPH in the U.S. I would be happy to help advise anyone who feels they are also in a similar situation!