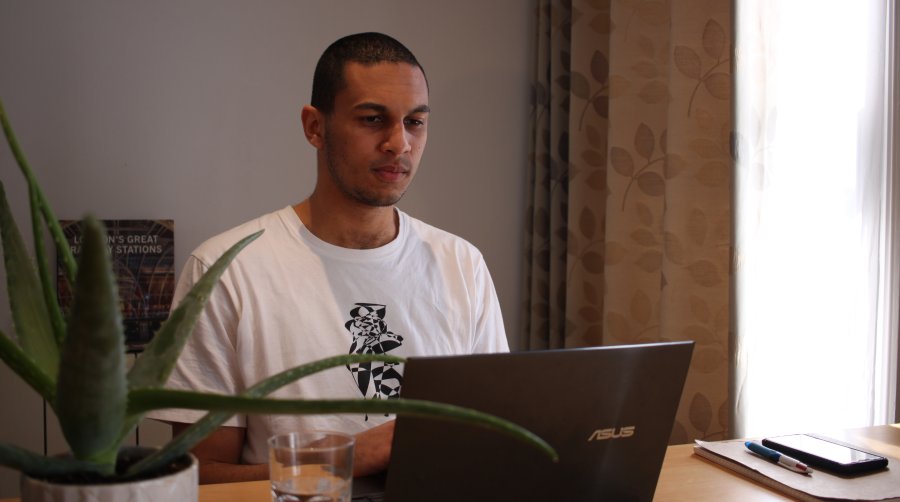 I've come from a pure maths background, studying mathematics at the University of Bath, and before this year I would have definitely considered myself a mathematician rather than a statistician. I always knew I was mathematically minded but I had no idea what I wanted my career to look like. Like a lot of students, I studied through a pandemic. I was already interested in the medical applications of maths and stats but after seeing the concepts I was learning about being reported in the news and talked about by politicians and government officials I knew I wanted my career to be in this field. After taking a medical statistics module as part of my degree I spoke to my lecturer, Jonathan Bartlett, a former lecturer at LSHTM, about becoming a medical statistician. He suggested LSHTM, I applied, I was accepted and here I am today.

The programme so far...

I’ve loved my master's so far. I've built and expanded upon concepts I’d briefly met during my degree and learned to apply them in new situations. I've been surprised at how much I've learnt from the other students on my course, there's a mix of us from different backgrounds and we all approach problems from different perspectives and I've loved being exposed to different methods of thinking and problem solving.

I have found the mix of online and in-person teaching really helpful. This year we've been watching recorded lectures and going into the School for in-person practicals. I think it's good to be able to pause lectures and keep up with the material and also be able to turn up to the School and work through the practicals with coursemates and asking the tutors as many questions as we want. I love research and this master's first and foremost is helping me to become a better researcher, teaching me to structure my work and my thought process and to question and check my assumptions.

My summer project title is 'Cancer stage at diagnosis and comorbidity amongst patients diagnosed with diffuse large B-cell lymphoma in England'. I’m really excited to get involved in some cancer research and this type of analysis is along the same lines as the work I’ll be doing for the company I’m joining in October.

I started looking for work around late December and into January. There were broadly three types of employers I saw looking for postgraduates with a master's in medical statistics: universities, big pharmaceutical companies and clinical research organisations (CROs). I applied to roughly 10 jobs, and within three months I'd received three job offers and had the luxury of choosing the job that was the best fit for me. I'll be joining Numerus, a small and exciting CRO specialising in the analysis of uncontrolled, real-world data. I was told before enrolling on the course that many students were being offered jobs by February but I was still surprised at how many jobs there were out there and how valuable my skill set had become since starting the master's. I suppose the good news for those of us on the course is that there aren't enough well-qualified medical statisticians across the industry.

To anyone thinking of applying for the course I'd say go for it! The staff are lovely and very approachable. The programme, although intense, I've found super interesting and all the material taught is stuff you could be doing throughout your career. And perhaps most importantly there are plenty of jobs at the end of it. If medical statistics is your thing then this course will enable you to have a career in a field that genuinely interests you.