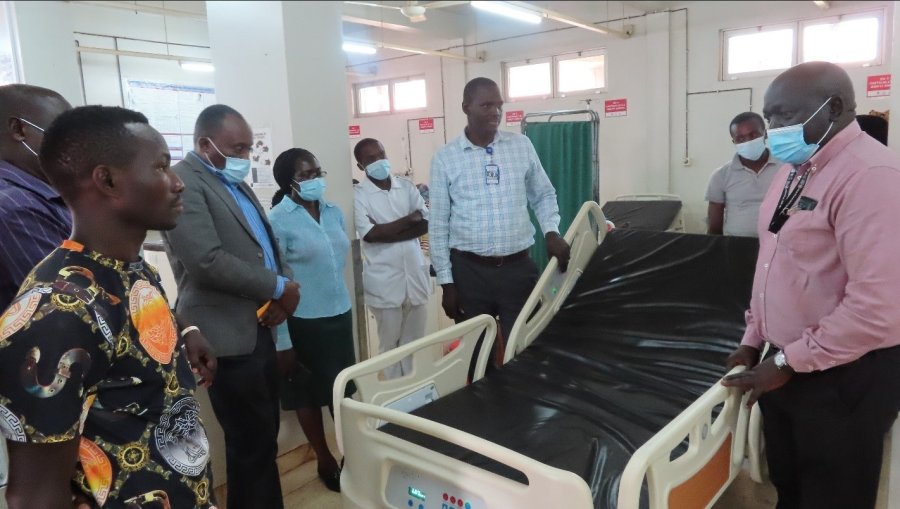 Tuberculous meningitis (TBM) diagnosis and outcome studies at the Unit have shown the condition to be the second most common cause of adult meningitis in sub-Saharan Africa, accounting for one to five percent of the 10.4 million tuberculosis (TB) cases reported worldwide in 2016. With a reported mortality rate of 19–28% in HIV-uninfected persons and 40–67% in HIV-infected patients, the sector still lags behind in attaining the global target of 90% reduction in TB-related deaths and 80% reduction in TB incidence rate by 2030 in World Health Organisation’s ‘End TB Strategy’. This therefore calls for continuous innovative interventions to improve on TBM care worldwide.

Masaka district in south western Uganda was named the third most TB-affected district in the country in a 2011 district health report. Now the base for a new TBM treatment efficacy study by the MRC/UVRI and LSHTM Uganda Research Unit, 20 local participants have so far been enrolled to test the pharmacokinetics and tolerability of Linezolid, a new drug in the context of TB meningitis, at a specialized research facility set up by the Unit at Masaka Regional Referral Hospital.

While the new orally administered drug is credited as an effective alternative treatment in China for its exceptional ability to reach the brain and blood stream, preliminary study findings have uncovered gaps in health facility capacity to provide accurate drug prescriptions in cases where critically ill patients with compromised mobility are unable to use conventional weighing scales. As prescriptions are dependent on patient weight, such patient groups have been found to be at high risk of under or over dosage by medical personnel.

According to Dr. Maria Assumpta, a study physician, the absence of specialized equipment in the past has weakened the effectiveness of treatment regimens for critically ill TBM patients at the facility.

“Recently, a patient's weight was overestimated, resulting in drug-induced liver injury. Since on admission he couldn't stand on the weighing scale, the clinician estimated and gave him medications that were too strong for him. When he regained the strength to stand on the weighing scale after two weeks of dosing, results showed that the medications he had been receiving were double what he was intended to receive”.

“The bed will not only assist us in accurately dosing medicine to patients but also assist in performing various techniques required in the event that patients require cardiopulmonary resuscitation. These may be required on some occasions as most of the patients enrolled are very sick”.

With funding from the University of California, San Francisco, the two-year partnership between researchers from the MRC/UVRI and LSHTM Uganda Research Unit and the University of California, San Francisco entitled the ‘Pharmacokinetics and Tolerability of Adjunctive Linezolid for the Treatment of Tuberculous Meningitis (ALTER) study,’ aims to engage 60 local participants from Masaka district in an open label randomized phase 2 clinical trial evaluating the safety and efficacy of Linezolid, a new TB Meningitis drug.