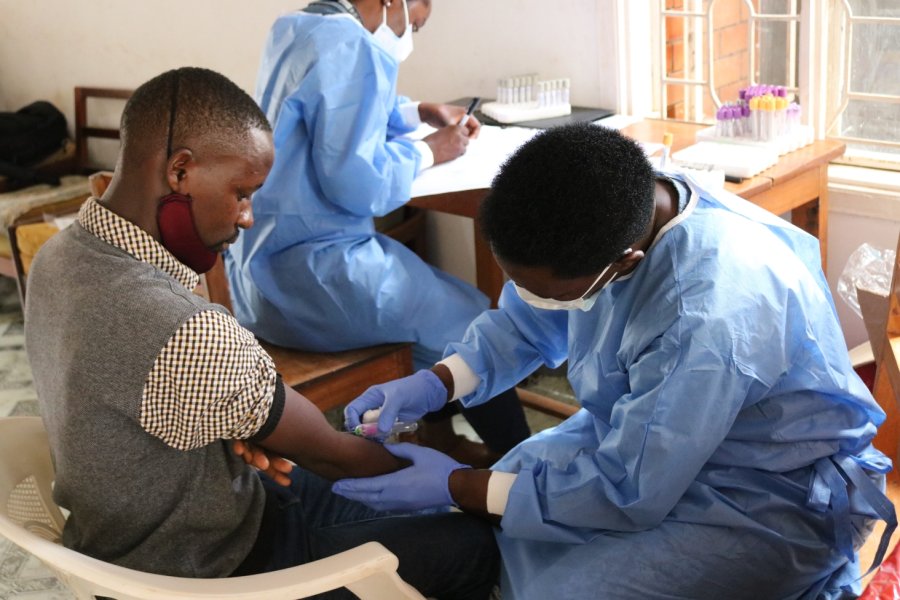 A recent study conducted in seven tertiary hospitals in Uganda has revealed that a third of adult patients with a recent diagnosis of diabetes were of normal body mass index (BMI). The Uganda Diabetes Phenotype (UDIP) research was a collaborative study between scientists based at the MRC/UVRI and LSHTM Uganda Research Unit, Entebbe, the London School of Hygiene and Tropical Medicine, UK, and the University of Exeter, UK, that investigated how diabetes manifests in an adult Ugandan population.

Supervised by Prof  Moffat Nyirenda, Prof. Liam Smeeth of LSHTM, Assoc Prof Angus Jones and Prof Andrew Hattersley of the University of Exeter, the study that examined 500 patients revealed that diabetes among lean individuals was more common in men and was predominantly associated with reduced secretion of insulin by the pancreas. Based on these study findings, the researchers hypothesise that the reduced insulin secretion by the pancreas could either be a consequence of the influence of environmental factors like tropical infections and malnutrition before birth and/or in early childhood or particular genetic factors that directly affect the development and functioning of the pancreas.

According to Dr. Davis Kibirige, a scientist in the NCD Phenotype Programme, the findings demonstrate that the manifestation of type 2 diabetes among the adult Ugandan population markedly differs from what has been described in Caucasian populations in high-income countries, where insulin resistance and obesity predominate. Based on such differences, the study recommends that it is not clinically reasonable to treat type 2 diabetes based on American or European diabetes treatment guidelines because there is no clinical evidence that the recommended therapies are effective among the African population.

This, therefore, underscores the need to undertake local research to investigate which oral diabetes drugs would be the most effective in managing type 2 diabetes among Ugandans and across the African population. This would positively inform treatment guidelines for type 2 diabetes in Africa.