Haiti is a very good example of the multitude environmental and epidemiological factors, combined with a strong political will, that can lead to elimination. Whilst it is an island nation, which should stand it in better stead, endemic malaria is still a constant threat.

Based on the island of Hispaniola, sharing with neighbour Dominican Republic, Haiti is a nation of 11.2 million people and gained independence from French colonial rule in 1804. Dominican Republic was ruled by the Spanish until 1844 and this led to very different systems, populations, and cultures, which in turn have impacted the malaria transmission on the island. If Hispaniola is declared free of malaria, the Caribbean region would also be malaria-free - so what is hindering this last remaining outpost?

Haiti almost achieved elimination in the 1960s through a combination of spraying an insecticide called DDT (dichloro-diphenyl-trichloroethane) and mass drug administration, when the global eradication programme was in full swing. Cases declined to 21 cases in the Dominican Republic and less than 1% prevalence in Haiti in 1968. However, insufficient financing to sustain the intervention programs, among other factors, meant that the gains were not sustained with malaria resurging throughout the 1970s.

Since the catastrophic earthquake in 2010, there was a worry that malaria would be on the rise again with infrastructure and primary healthcare facilities damaged or destroyed. However, in the aftermath, with heavy investments in health systems, there was an opportunity to engage more carefully in several aspects of the malaria programme to approach elimination. Coordination with the Centre for Disease Control (CDC) and Pan American Health Organization (PAHO) led to the introduction of rapid diagnostic tests (RDTs) across the country. Having previously relied on microscopy to record cases, more accurate data was now available and RDT use was scaled up in 2014 – revolutionising how data can be used and representing the dominant diagnostic test in the country. It is difficult to compare previous levels of transmission and prevalence to pre-RDT, given the change and availability of malaria testing.

Chloroquine is the first-line treatment of Plasmodium falciparum malaria in Haiti, which remains efficacious against the parasite in only a few other places in the world. The malaria-endemic countries in the Caribbean and Central America are fortunate to be able to use an inexpensive, safe drug for treatment, as opposed to more expensive artemisinin combination therapies (ACTs) required in all other parts of the world. 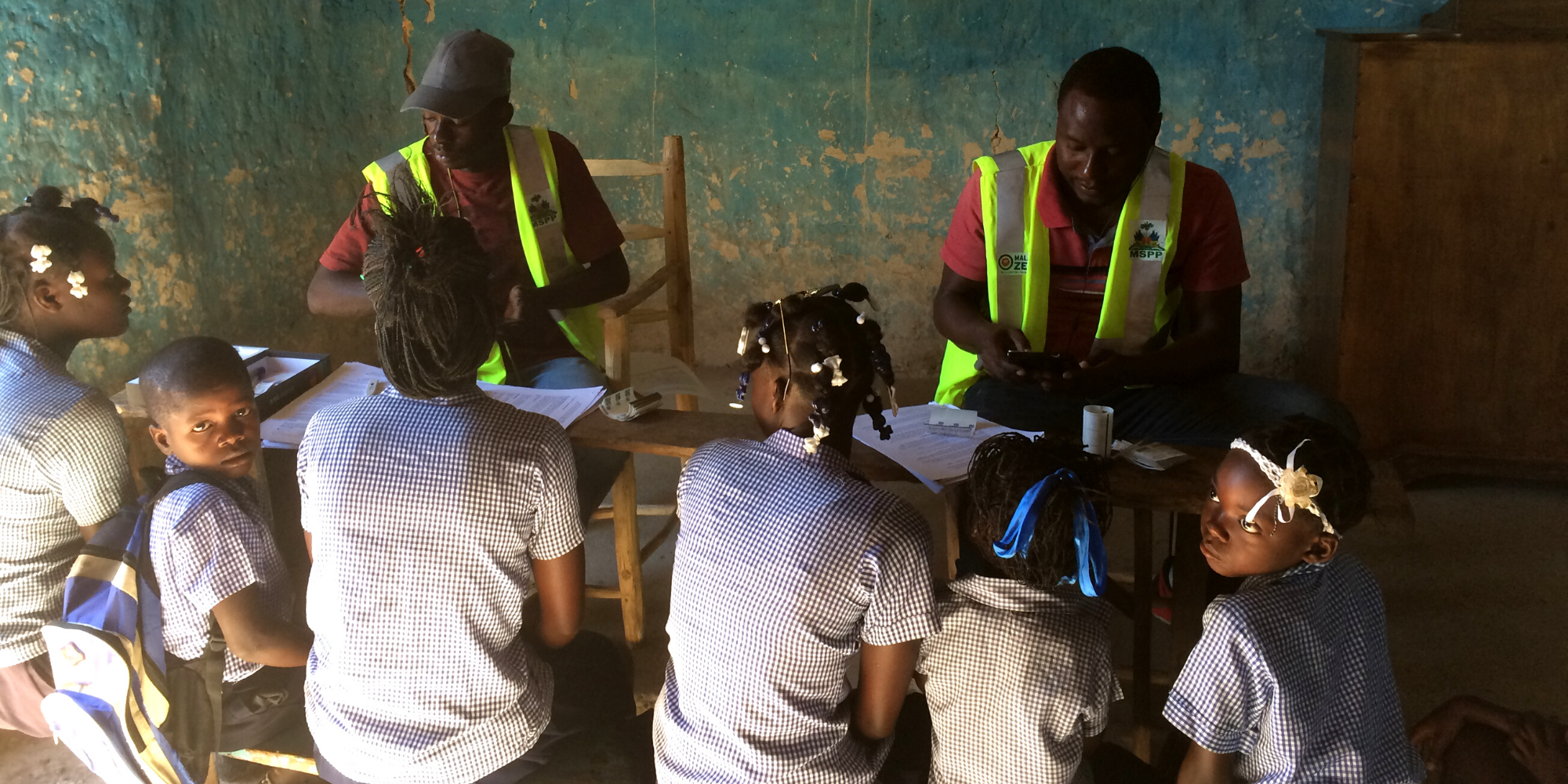 Malaria in Haiti is mainly isolated to a few specific areas, most notably Grand’Anse in the south western corner, where the majority of cases are recorded. This province is very rural, surrounded by mountains and often only accessible by boat. It also happens to be the area repeatedly affected by hurricanes, which are increasing in frequency and intensity.

One of the primary challenges is care-seeking behaviour. Many Haitians carry a strong belief in traditional healers, so-called 'Voudou', and use this as first-line treatment before ‘western medicine’ in the form of prophylaxis. This creates a significant delay to care in receiving effective treatment for uncomplicated malaria, often reported to increase the risk of developing severe malaria. Further, healthcare fragmentation has caused preferential use of facilities – whether this is due to perceived quality of care, availability of commodities and trained staff, as well as the 'access' charge rates. It costs to see a doctor but should be free to take an RDT and receive treatment in public healthcare facilities, whilst in private clinics everything comes at a cost with hidden fees adding to the financial burden.

Any good elimination programme relies on data and surveillance to implement interventions in foci – this is a big problem in Haiti. Often people seek care in the capital, Port-au-Prince, or larger urban centres, which gives the false impression that cases are higher there. Research is combatting this by increasing the catchment of visitors in models, and obtaining information on the location of residence of the patient, but care-seeking continues to drive where cases are recorded. This is coupled with gaps in data due to inaccessibility to facilities in some areas.

Natural Hazards
Haiti is situated in the path of hurricanes that track across the Caribbean every year and any coastal settlements in their path usually bear the brunt. These periodic disasters can lead to destruction of infrastructure, including electricity and cell towers, health facilities and housing. Temporary housing is quickly built from materials such as tarpaulin donated via emergency relief but can persist for some time afterwards. Housing with tarpaulin walls is unsuitable for indoor residual spraying (IRS) and around 30% of houses were eligible for IRS in recent targeted spraying campaign implemented in Grand’Anse. As climate change impacts the frequency and severity of tropical storms, category 4 and 5 hurricanes are now becoming routine so malaria elimination strategies must continue to adapt accordingly.

Demography
Contrary to other malaria-endemic countries, most cases in Haiti are in males, both older children adults which are harder to target with routine medication than younger children. More research is needed but this is likely due to being outside at night when the primary vector is active.

How can elimination be achieved?

Firstly, local ownership of programmes. This would ensure quick access to malaria testing and treatment, therefore targeting the ‘human parasite reservoir’; the people which carry malaria parasites thus maintaining the transmission cycle when they get bitten by a mosquito. Humans are the sole reservoir of the malaria parasite so the main options for eliminating the malaria parasite is to target it in the people who are infected, or the mosquitoes where it is developing waiting for its’ next human host.

The primary vector in Haiti, Anopheles albimanus, is very inefficient compared to its African counterparts An. gambiae ss. and An. arabiensis. In entomological studies, An. albimanus has shown inconsistent behaviour (mainly found outside, some found inside), they enjoy human blood and animal blood, and are found in different types of water bodies. In short, the mosquitoes are hard to pin down – so, if you can reduce parasites among the human population, you threaten the system.

Anopheles albimanus it is one of the main vectors of malaria in Central America, northern South America and the Caribbean. On the Atlantic coast it is found from Texas to Venezuela, on most of the Caribbean islands and on the Pacific coast, from Mexico to northern Peru.

Read more about this vector 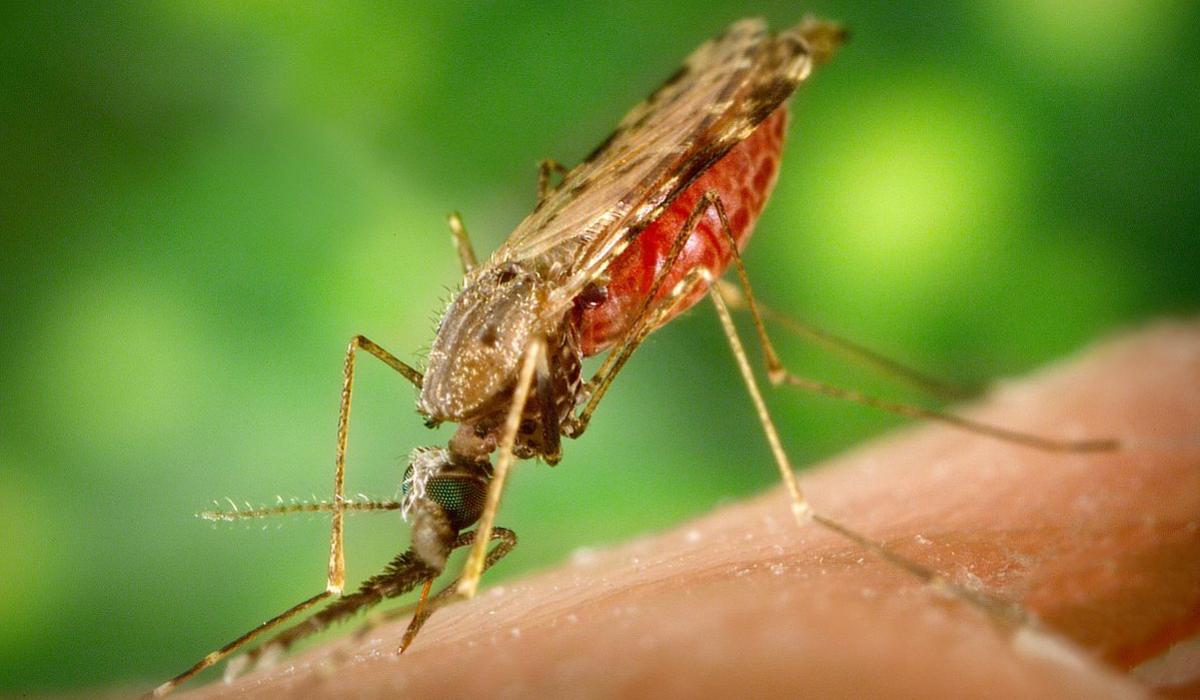 In a bid to make programmes more inclusive, community health workers (CHW) were approved to test and treat for malaria in 2016. The more hands-on deck, the better! CHWs play an integral role in ensuring first-line treatment is not delayed and are embedded in the communities they work with, providing an option for communities who may find it difficult to travel to health facilities. If CHWs and a robust primary healthcare system are in place – elimination is within reach.

Finally, whilst IRS is not the solution like it is in West Africa - due to inaccessible malarious areas and unsuitable housing - together nets and IRS could help elimination efforts. In combination with easy access to testing and treatment at the health facility or in the community, and continued political and community commitment, malaria can be eliminated in Haiti.