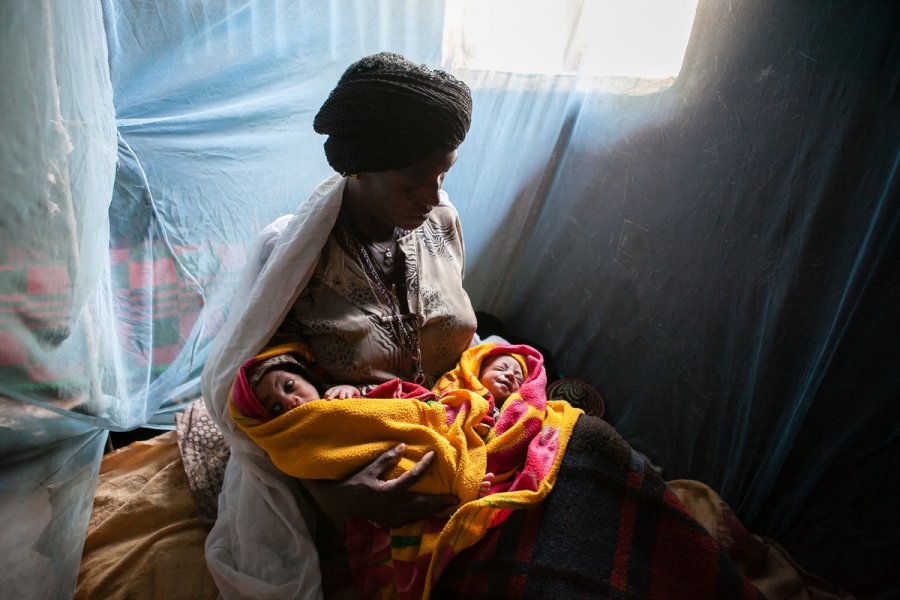 Over the past 20 years, members of the Malaria Centre at the London School of Hygiene & Tropical Medicine have been at the forefront of tackling the unique public health challenge of malaria infection during pregnancy.  Research today builds on knowledge that extends back at least as far as Hippocrates, when he observed that pregnant women were vulnerable to life-threatening fevers.1 Alphonse Laveran, aided by crude microscopy in the late 19th Century, furthered our understanding today about the vulnerabilities of pregnant women to malaria infection when he reported that women who experienced symptoms associated with Plasmodium falciparum infection had higher placental parasite densities than mothers who had been free of malarial symptoms throughout their pregnancies.2  We now know that P. falciparum, the most pernicious of malaria species that infects humans, actually behaves uniquely in pregnant women.  Erythrocytes that have been parasitised may bind to and accumulate in placental tissues.  This means that present-day diagnostic tests relying merely on a pin-prick of blood from peripheral circulation may fail to detect maternal infection and compromised placental function attributable to malaria.

In 1986, the World Health Organization (WHO) first recommended the provision of chemoprophylaxis to pregnant women living in malaria-endemic areas.  During antenatal visits, women were given sachets of either chloroquine or pyrimethamine for weekly self-administration.3 However, compliance with these two regimens proved difficult,4,5 and the spread of P. falciparum resistance to chloroquine and, separately, to pyrimethamine undermined their protective effect.4-6 A new approach was needed.

In 1993, Malawi became the first country to adopt a national strategy of directly-observed chemoprevention using sulphadoxine-pyrimethamine (SP) among pregnant women during scheduled antenatal care visits from the second trimester to delivery.7 This was designed to overcome the challenge of compliance and to be more efficacious.  A clinical trial8 in Kenya9 and operational experience10 from Malawi11 was sufficient for the WHO to recommend intermittent preventive treatment of malaria in pregnancy (IPTp) using SP. As designed, the intervention protects against asymptomatic parasitaemia, peripheral and placental infection that may be present at the time of dosing while, separately, shielding against future malaria infections that may occur after dosing and before the next antenatal care visit.12 At present, 36 countries worldwide that have an IPTp-SP policy, 35 of which are in sub-Saharan Africa13 and researchers of the Malaria Centre have spearheaded efforts to scale up coverage.14

While trying to expand the uptake of IPTp-SP, Malaria Centre researchers have also found that several parasite mutations associated with decreased SP sensitivity vary geographically in sub-Saharan Africa by type and prevalence. Epigenetic analyses suggested there were three foci in East Africa where parasite populations acquired the additional mutation of Pfdhps A581G to become ‘super resistant’15 to SP.

In the face of growing parasite resistance to SP, clinical trials to identify alternatives to SP for use in IPTp were led by researchers from the Malaria Centre, and evaluated screen-and-treat approaches with the aim of replacing IPTp altogether.16 More efficacious antimalarial treatments have either been too poorly tolerated as IPTp or, surprisingly, failed to demonstrate superiority against SP when considering overall adverse pregnancy outcomes.  A puzzling outcome, as SP is clearly sub-optimal in clearing malaria infections.

Evidence from Malaria Centre researchers helped to explain what might be happening.  Meta-regression analysis of IPTp-SP trials showed there was no threshold of malaria transmission intensity below which two or more doses of IPTp-SP no longer protects against the incidence of low birthweight.17 The absence of a cut off suggests that IPTp-SP contributes to more than just protecting against malaria.  New evidence indicates that SP is indeed protective against adverse pregnancy outcomes among women with curable sexually transmitted and reproductive tract infections (STIs/RTIs) as well as malaria.18 While it is unlikely that sulphadoxine has curative effects on STIs/RTIs,  it is possible that its broad spectrum antimicrobial potency  helps reducing bacterial and parasitic loads in expecting mothers. This may not only allow them to manage their infections better, but also reduce circulation of maternal inflammatory triggers, leading to protection against preterm birth and low birthweight.

Despite this encouraging evidence about IPTp-SP, the intervention remains sub-optimal against malaria infections and is not indicated for the prevention or treatment of STIs/RTIs.  Malaria Centre researchers are now investigating combination treatments with the hope of offering better protection against the dual burden of malaria and curable STIs/RTIs in pregnancy, a critical public health issue. Indeed, the prevalence of curable STIs/RTIs – when considered collectively – is likely higher than malaria infection,19 and recent evidence from Zambia suggests that malaria and curable STI/RTI co-infection is more common than malaria or curable STIs/RTIs alone.20