Anniversary feature #7 | Spatial Mapping of Malaria for Control and Elimination 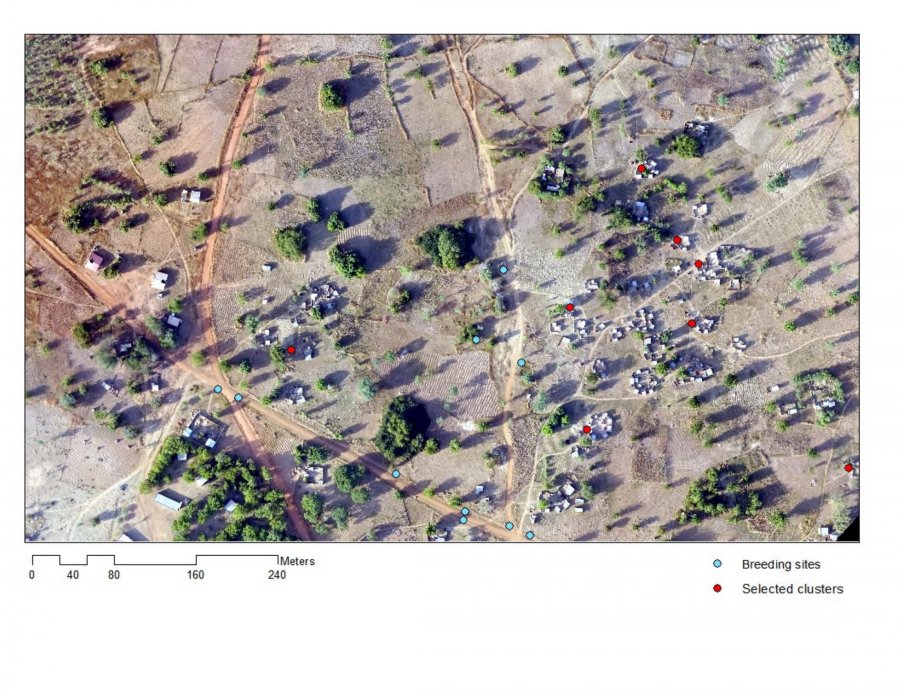 The spatial distribution of malaria varies at both the macro and micro scales, largely driven by the environmental conditions where Anopheles mosquitoes can breed and survive long enough to transmit the malaria parasite. Mapping the spatial distribution of malaria has been a feature of some malaria control programs since at least the late 1800s. With advances in geo-referenced data and analytical techniques, there is now an increased emphasis on understanding the distribution of malaria and incorporating this as part of surveillance activities.1 Use of spatial mapping for malaria control and elimination has become more prominent in activities within the Malaria Centre, with maps being used to assist decision-making as well as to better understand malaria epidemiology. This in turn informs malaria control and elimination strategies.

Using maps for decision-making is a central theme in the multi-country LINK program.2 In collaboration with many partners, the aim of this LSHTM-based program, working with the Malaria Atlas Project3 and 12 country partners, is to identify, gather and analyze data on where malaria transmission is occurring as an evidence-base for targeting of resources. Use of maps is a key visual aid to inform decision-making. A similar approach is being undertaken by the Health GeoLab Collaborative,4 working in 30 countries in Asia and the Pacific region. The objective of this project is to integrate a geo-referenced health surveillance system. This means spatially and temporally defined data will be available for all patients attending health facilities, enabling maps to be built in real time to inform control and elimination activities and track progress over time for malaria and other health priorities.

Researchers at the Malaria Centre have also focused on using spatial tools to better understand the spatial heterogeneity in malaria burden. Use of remote sensing and satellite imagery  has enabled the tracking of transmission of P. knowlesi as changes in forest cover occur in Malaysia5 and the successful identification of mosquito breeding sites in Burkina Faso (Figure 1). Spatial risk factors for malaria transmission at the local scale including distance to water (including rivers and fish-ponds) have also been identified using environmental covariates in the Kenyan Highlands.6

Malaria transmission is expected to become more focal at lower endemicities: within high risk individuals ‘hotpops’, or spatially delineated areas or ‘hotspots’. Hotspots have been observed at all spatial scales and in most endemic settings.7 The concept of ‘hotspots’ was proposed as a potential approach for targeting the areas maintaining malaria transmission.8This has contributed to the use of spatially targeted interventions including reactive case detection and focally deployed interventions. However, defining such hotspots or foci with current tools is difficult and results in inconsistent areas being labelled ‘hot’.9 Furthermore, recent work conducted with the MRC laboratories in The Gambia, using spatial-temporal analysis across 2 years, suggests that the most logical unit of predictable transmission is within the household.10The results of the spatial mapping work conducted by Malaria Centre members and others is currently informing several elimination programs in Haiti, the Greater Mekong Sub-region and others to implement targeted interventions. Spatial mapping tools are ultimately giving us a better idea of where the malaria parasites are in the community and how they are sustained in populations to ensure more evidence-based decision-making for targeting resource can take place.