Five-year programme of research and evaluation funded by the UK Department for International Development (DFID).

The South Asia Work in Freedom Transnational Evaluation (SWiFT) is a five-year programme of research and evaluation funded by the UK Department of International Development (DFID). SWiFT assesses, evaluates and informs the International Labour Organisation’s DFID-funded “Work in Freedom” multi-country intervention to minimise women’s vulnerability to labour trafficking in South Asia and the Middle East.

Read What role can empowerment play in preventing exploitation of migrants? by Dr Kiss.

There has been considerable investment in programmes to reduce labour trafficking and address its consequences. However, there is little evidence to inform the design and implementation of interventions.

SWiFT is timely and unique, as it is the first evaluation that follows a large-scale, multi-country trafficking intervention from conception to implementation, using a mixed methods approaches. The work provides a rigorous assessment of the WiF programme logic, assumptions, and activities. Findings will:

The WiF project is designed and led by the ILO, working in partnership with locally based organisations. WiF’s empowerment and information strategies aim to prevent labour trafficking by enhancing women’s autonomy and by generating wider awareness and adoption of ‘safe migration’ practices and assertion of migrant workers’ rights. Project components include:

SWiFT evaluates the first of these components in Bangladesh, India and Nepal, working with the local organisations:

Prof Cathy Zimmerman (co-PI). Prof Zimmerman is a founding staff member of the Gender Violence & Health Centre at LSHTM. She is a behavioural and social scientist leading research on migration and health, specifically focussing on human trafficking, mobile populations and gender-based violence.

Dr Ligia Kiss (co-PI). Dr Kiss is trained in social sciences and anthropology, with a MPhil and PhD on Preventive Medicine. Her work at LSHTM includes research and intervention evaluation in Latin America, Asia and Africa, with a focus on trafficking in persons, violence, and migration and health.

Tanya Abramsky (researcher). Tanya is an epidemiologist working within the Social and Mathematical Epidemiology group at LSHTM. Her research focuses on violence against women, its causes, consequences and means of prevention.

Christine McLanachan (project manager). Christine is the CEO of Strive Consortium which investigates the social norms and inequalities that drive HIV.

Professor Bayard Roberts (senior research advisor). Prof Bayard is the Director of the Centre for Global Chronic Conditions and undertakes research at LSHTM addressing health determinants, policies and systems of countries experiencing major social change such as those affected by armed conflict and forced migration.

Naomi Stewart (communications officer). Naomi does project-based communications for LSHTM. Her interests are in science communication and science policy, focusing on the nexus between public, policy, and research.

The Gender Violence and Health Centre (GHVC) is based at the London School of Hygiene and Tropical Medicine in London. Researchers from this team are leading the SWiFT project in collaboration with specialist research institutes in Bangladesh, India, and Nepal.

GHVC “works with partners around the world to conduct action-oriented research to better understand the extent, causes and consequences of interpersonal violence, and to identify how prevention and health-service programmes can reduce violence, in order to improve public health and well-being.”

They are “devoted to promoting social justice and internationally recognized human and labour rights, pursuing its founding mission that social justice is essential to universal and lasting peace.”

The Department for International Development  (DFID) and UKAID funds SWiFT and WiF.

Their mandate is “to lead the UK’s work to end extreme poverty. They tackle the global challenges of our time including poverty and disease, mass migration, insecurity and conflict. Their work is building a safer, healthier, more prosperous world for people in developing countries and in the UK too.”

This ‘feminization’ of Bangladeshi international migration has generated interest in the gender dimensions of labour migration and vulnerability to trafficking. Assumptions that women’s mobility necessarily involves coercion have resulted in more nuanced analyses of their labour migration.

In Bangladesh, SWiFT seeks to answer:

Research is focused in Narayangani, one of seven districts with high rates of women undertaking cross-border migration. Here, the ILO and local partner OKUP are implementing the WiF intervention in five upazilas (sub-districts). SWiFT evaluation sites include rural, peri-urban and urban contexts to enable comparison.

2. Discourse analysis of policy, advocacy and media texts on women’s migration and labour trafficking in Bangladesh. This aims to identify how contemporary representations of women’s labour migration and women labour migrants in Bangladesh may enable or constrain future uptake and extension of the WiF programme throughout the country.

SWIFT Bangladesh Brief No.1 - Routes to employment in the middle east - May 2017

Drishti – an independent research institute based in Dhaka, Bangladesh 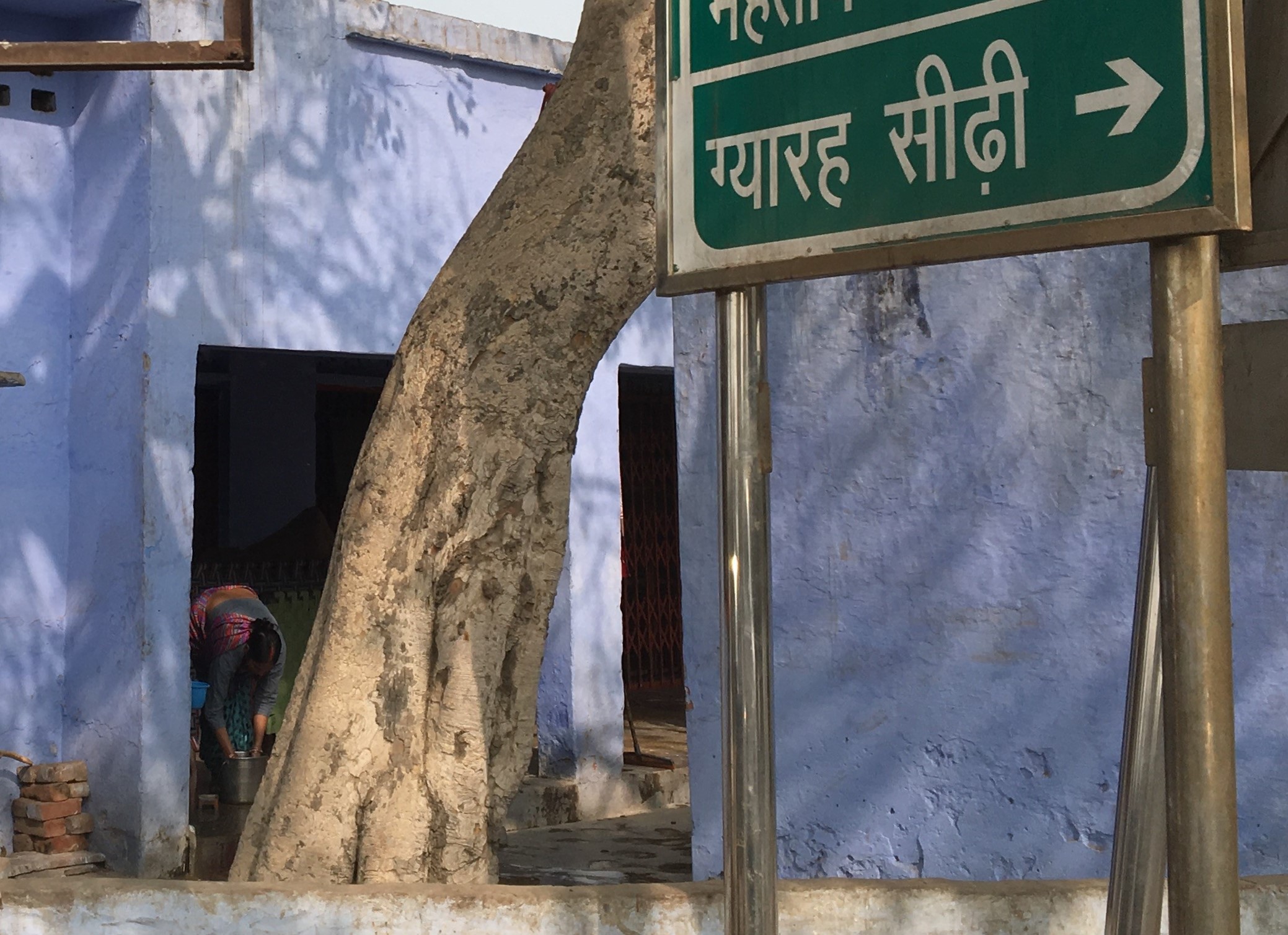 The WiF programme is active in several states in east and south India, focusing on labour mobility within India’s national borders, or ‘internal migration’. Conservative estimates suggest 400 million Indian citizens (30% of the total population) are internal migrants. An estimated 80% of these are women.

Internal migrant workers are vulnerable to entrapment and exploitation but for many, the income is essential for meeting basic needs. Earnings permit modest advancement and accumulation for some, and even a rare opportunity for autonomy. WiF therefore aims to reduce women migrant workers’ vulnerability to labour trafficking while acknowledging the necessity and even the attraction of internal migration.

WiF activities in east India focus on paid domestic work. This highly feminized sector has grown rapidly and is now the largest employer of women in urban India and the second largest in rural India. Workforce composition has shifted a lot, with multiple-employer, non-residential ‘live-out’ arrangements replacing more classic single-employer ‘live-in’ ones.

SWiFT seeks to understand how and why migrant workers’ vulnerability to trafficking and exploitation are affected by general factors such as informal labour, under-employment, over indebtedness, sub-contracting and out-sourcing and discrimination by gender and caste. It also seeks evidence on how and why some migrant workers elude or overcome these factors while others, similarly positioned, become entrapped in forced labour?

SWiFT research is focused on the Ganjam district of Odisha State in East India. Odisha has relatively high and growing rates of seasonal and longer-term labour migration. With neighbouring states Jharkhand and Chhattisgarh, Odisha has become a hub for the recruitment of paid domestic workers.

1. A cross-sectional representative sample survey of 1,255 households and 2,473 individuals in 20 villages across Ganjam District of Odisha at a single time-point. Households and individuals were randomly sampled, and data analysed to assess the applicability of WiF ‘vulnerability-reducing’ measures and to identify factors likely to amplify or constrain WiF impact.

SWIFT India Brief No.2 - Exit scenarios among live in domestic workers - May 2017

Centre for Women’s Development Studies (CWDS) – an autonomous research centre based in Delhi.

The WiF programme is in five districts in Nepal and targets women interested in migrating for work in the domestic or garment sectors in the Gulf States (Saudi Arabia, Kuwait, Oman, Qatar, Bahrain, and United Arab Emirates). The open border between Nepal and India means that Nepali women working in India are largely unaccounted for.

In 2006/07, women constituted only 0.2% of those granted labour permits to work abroad. By 2013/14, this proportion had risen to 3.1%. However, women constitute about 13% of the country’s absentee population and although this figure includes students and those travelling with husbands, irregular or unofficial migration is considered a primary reason for the discrepancy.

With periodic restrictions on female migration in Nepal, women may be trafficked or smuggled via a third country. To address human trafficking, the Government of Nepal introduced the Foreign Employment and Anti-Trafficking Law and bilateral agreements with destination countries.

SWiFT is designed to inform the WiF programme and other trafficking prevention programmes on:

In Nepal, SWiFT seeks to answer if WiF’s rationale and assumptions are valid and widely applicable.

SWiFT is conducted in three of the five WiF districts: Chitwan, Rupandehi and Morang.

SWIFT Nepal Brief No.2 - Lessons from prospective migrant women - May 2017

Article [2017]: Mak, J., Abramsky, T., Sijapati, B., Kiss, L., Zimmerman, C. (2017) What is the prevalence of and associations with forced labour experiences among male migrants from Dolakha, Nepal? Findings from a cross-sectional study of returnee migrants. BMJ Open (7).

Centre for the Study of Labour and Mobility (CESLAM) – a research unit within Social Science Baha, a not-for-profit research organisation in Kathmandu.