The National Programme for Improving Primary Care Access and Quality (PMAQ), was introduced in 2011 with the aim of reducing inequalities in quality of care at the primary care level across family health teams. PMAQ makes financial payments to municipalities based on their performance. The municipality has autonomy in determining how to structure incentives for their teams, and how to allocate payments across teams.

The EQUIPMAQ project investigates how the national programme has affected socioeconomic inequalities in the financing and delivery of primary care. We are a multi-disciplinary team of researchers based in the United Kingdom (LSHTM, Imperial College London, and Manchester University) and Brazil (Federal Universities of Brasilia, Pernambuco and Paraiba and the Oswaldo Cruz Foundation in Brasilia and Pernambuco).

The project began in April 2018, runs till the end of 2021, and is funded by a Medical Research Council, Newton Fund, and CONFAP grant to support  Health Systems Research in Brazil.

Learn more about us
Research

The EQUIPMAQ project consists of four work packages that seek to investigate whether PMAQ has affected inequalities in the distribution of primary care funding and the performance of family health teams, and to understand the incentive designs adopted by municipalities across the country. The multi-disciplinary team of researchers is using large administrative datasets alongside qualitative case studies to unpack how PMAQ works.

Find out more about our research
EQUI-PMAQ welcome paragraph
Paragraph 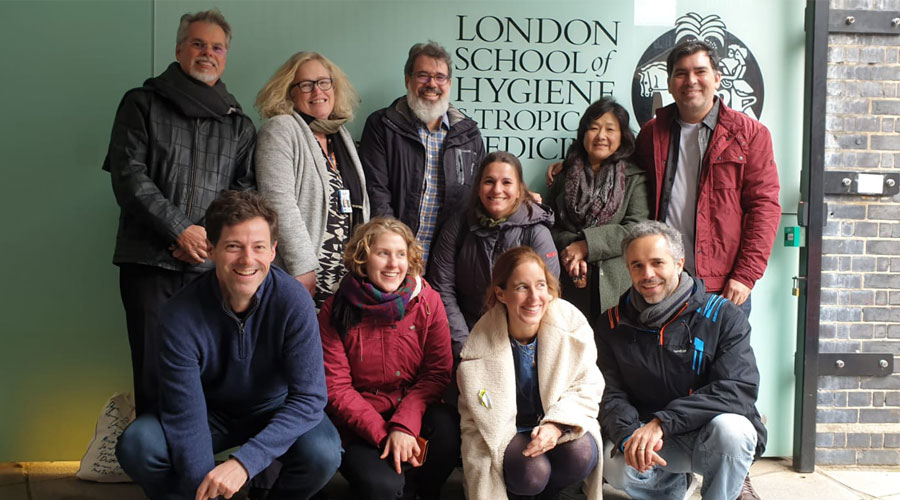 Pay for performance (P4P) schemes provide financial rewards based on the achievement of pre-specified healthcare performance indicators. They have been implemented in numerous countries around the world to raise the quality of health services and improve patient health. Although the design of P4P schemes matters for their success, we know very little about how different incentive designs affect performance and inequalities in outcomes. Furthermore, research on P4P has tended to focus on average programme effects at the population level. However, P4P may have distributional effects across providers, either reducing socioeconomic inequalities in quality of care by motivating worse performers in poorer areas to catch up, or increasing inequalities when providers serving richer populations are better able to respond to the financial incentives.

The Government of Brazil introduced the National Programme for Improving Primary Care Access and Quality (PMAQ) in 2011. It makes financial payments to municipalities based on their performance. The programme was explicitly designed, initially at least, to address inequalities by adjusting the financial rewards given to family health teams. Health policy is highly decentralised in Brazil. Municipalities therefore have autonomy in determining how to structure incentives for their teams, and how to allocate payments across teams.

We are investigating how Brazil’s national P4P scheme for improving primary care access and quality has affected socioeconomic inequalities in the financing and delivery of primary care and the extent to which different incentive designs matter. The project has four key objectives:

The Brazilian experience provides a unique opportunity to explore these questions. Municipalities have autonomy in the design and delivery of incentives to primary care providers in their area. There is extensive administrative and survey data available on local area socioeconomic status, health financing flows, and quality of care. The scheme is the largest in the world, with substantial inequality in health outcomes across the country.

The project brings together a multi-disciplinary team of health system researchers, health economists, epidemiologists, social scientists, medical anthropologists and public health professionals from nine universities in the United Kingdom and Brazil. We are working in close partnership with the Ministry of Health and the National Council of Municipal Health Secretaries in Brazil.

The EQUIPMAQ project has four main objectives (click on each one for more information):

1. To develop a typology of incentive designs adopted by municipalities across the country and investigate the factors underpinning these design choices

A key feature of the PMAQ scheme is the autonomy it gives to municipalities to decide how funds are used. At the start of each cycle, municipalities establish the mechanism for allocating pay-outs across teams within their municipality. In many cases this is established in municipal law. The municipalities can decide whether to distribute resources in kind (training activities, additional drugs and supplies, staff, equipment) or as bonuses to teams. Municipalities can decide whether to distribute pay-outs in relation to team performance (encouraging the best or worst performers) and if so, whether these are in relation to absolute targets or degree of improvement. They can also decide whether to adjust pay-outs to favour teams from more deprived/remote areas. As a result, from the team perspective, the way municipalities choose to disburse funds (the incentive design) is expected to shape their behaviour and performance.

Under this objective, we are reviewing the design features adopted by each municipality to develop a typology of PMAQ incentive designs that is informed by theory and evidence from behavioural economics and psychology. We are drawing on data from two sources. The first source of data on design comes from the third round of a national external evaluation in which health managers in more than 5,500 municipaliteis were asked a set of questions on the use of PMAQ funds to incentivise family health team performance. The second source of data is a survey we designed and administered in a subsample of more than 800 municipalities, gathering similar but more in-depth information on design.

2. To investigate whether PMAQ affects inequalities in the distribution of primary care funding

We are investigating how the level of health sector funding available to family health teams has changed with the introduction of PMAQ and whether the financial incentive programme affects inequalities in the distribution of funding. We are also examining whether PMAQ funding displaces or is additional to other primary care funding. We draw on administrative data that captures monthly disbursement of federal PMAQ and non-PMAQ funds to each municipality.

3. To examine socioeconomic inequalities in the performance of family health teams following the introduction of the programme, and with respect to variations in scheme design

For this longitudinal study, we are analysing data on the quality of care delivered by family health teams participating in PMAQ over three rounds of implementation: round 1 (November 2011, to March 2013), round 2 (April 2013, to September 2015), and round 3 (October 2015, to December 2019). The main study outcome is the percentage of the maximum performance score obtainable by family health teams (the PMAQ score), based on several hundred (ranging from 598 to 914) indicators of health-care delivery. Using census data on household income of local areas, we are examining the PMAQ score by income group. We use regression analysis to examine the association between PMAQ scores and the income of each local area across implementation rounds, and an analysis of variance to assess geographical variation in PMAQ score.

4. To undertake case studies in 24 municipalities in Permbauco and Paraiba states to explore the factors shaping design choices, and the implementation of PMAQ and mechanisms of impact at the municipal and team levels

We are conducting a comparative case study of municipalities. We selected contrasting cases across pre-defined criteria (e.g. performance outcomes/level of bonus received; choice of incentive design; geographical context and socio-economic status) and conduct 10 case studies for municipalities in Pernambuco and 10 municipalities in Paraiba state.  The case studies involve a series of in-depth interviews with stakeholders at the municipality level, at the team level (sampling 3 teams per municipality), and a selection of providers from other primary care facilities and hospitals. The study team have done 15 interviews per municipality, exploring with respondents the rationale for adopting different incentive designs at municipality level and consequences of these choices. We are also examining how PMAQ affects overall levels of health sector funding and financial flows within the system, and other health system functions, such as staffing levels, governance arrangements at municipal and team levels and the procurement of drugs.

Pay for performance in primary care: the contribution of the Programme for Improving Access and Quality of Primary Care (PMAQ) on avoidable hospitalisations in Brazil, 2009-2018

Socioeconomic inequalities in the quality of primary care under Brazil’s national pay-for-performance programme: a longitudinal study of family health teams

How are pay-for-performance schemes in healthcare designed in low- and middle-income countries? Typology and systematic literature review

Delivering maternal and childcare at primary healthcare level: The role of PMAQ as a pay for performance strategy in Brazil