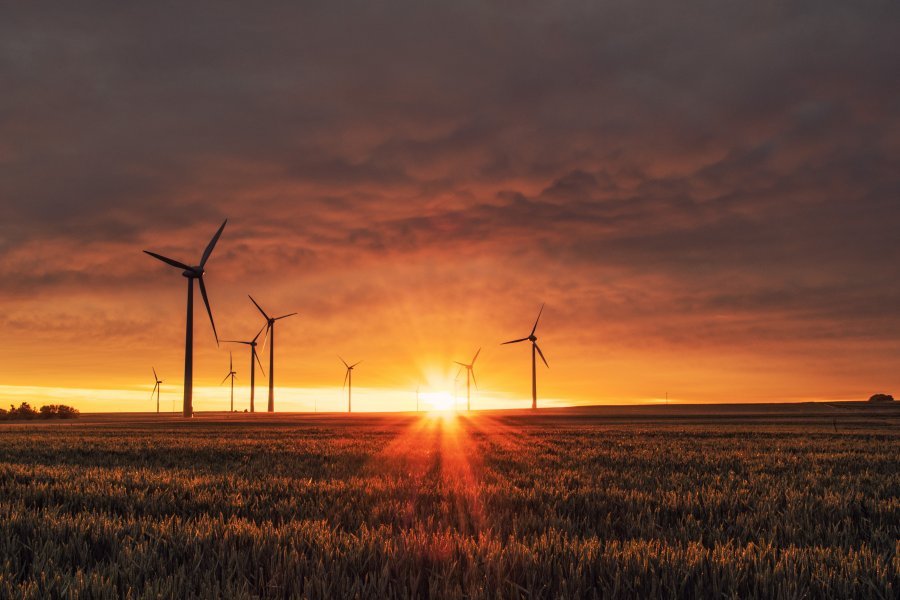 Thousands of heat-related child deaths could be prevented if temperature increases are limited to the Paris Agreement’s 1.5ºC target through to 2050, according to new research published in Environmental Research Letters.

However, heat-related child deaths could double in sub-Saharan Africa by mid-century if high emissions continue.

A study, which was carried out by a team of international scientists led by the University of Leeds in collaboration with researchers at the London School of Hygiene & Tropical Medicine (LSHTM), estimated the impact of climate change on annual heat-related deaths of children under five years old in sub-Saharan Africa, from 1995-2050.

The findings show that since roughly 2009, heat-related child mortality has been at least double what it would have been without climate change.

The heat mortality increase from climate change caused by human activities and population growth outweighed reductions in heat-related death due to improvements associated with development, such as improved healthcare and sanitation measures.

The researchers stress the need for urgent climate change mitigation and adaptation measures that are focused on the health of children.

Under a high emission scenario, where society makes no concerted efforts to cut carbon emissions, heat-related child mortality is projected to double by 2049 compared to 2005-2014, and could reach upper estimates of 38,000 child deaths per year in 2049.

However, under a low emission scenario, approximately 4,000-6,000 heat-related child deaths per year could be avoided in Africa. This would require rapid cuts to carbon emissions across sectors and would be in line with the Paris target of limiting global warming to 1.5ºC.

A medium emission scenario – the middle-of-the-road scenario between the needed urgent emission cuts and no cuts at all – would still see 2,000-3,000 deaths prevented per year.

Dr Shakoor Hajat, Associate Professor at LSHTM and study author, said: “There is currently limited understanding of how child and infant mortality risks change with varying degrees of warming due to the lack of physiological and epidemiological studies on heat stress in children, particularly in countries with sparse health data.

“More research is urgently needed to understand how extreme heat affects the health of children and which interventions can effectively manage and mitigate heat impacts on vulnerable populations and save thousands of children from dying unnecessarily.”

Study co-author Dr Cathryn Birch from the University of Leeds said: “Temperatures are already increasing in Africa. Since 1980, temperatures have risen between 0.2 and 0.4°C per decade and as temperatures continue to increase due to climate change, so will heat-related deaths.

“Young children are especially vulnerable to the effects of heat exposure. They have limited ability to thermoregulate and high temperatures can increase disease transmission and outbreaks. This research details the very real consequences of allowing carbon emissions to continue unchecked. Our results underscore the need for more ambitious mitigation measures to protect vulnerable populations and the need for proactive and effective adaptation.”

Previous research has already shown that climate change negatively affects human health through exposure to extreme weather and climate events, including the direct effect of high temperatures on heat stress, and the indirect effect of temperature on infectious disease and food safety and security.

Children in low-income settings with high temperatures are particularly vulnerable to heat due to pre-existing issues of infection and undernutrition, poor healthcare systems, and dwellings that do not provide sufficient protection from the heat.

However, due to the limited availability of health and environmental data, there has been little research in low and middle-income countries, particularly in relation to the effects on children.

Therefore, the team first estimated heat-related child mortality due to anthropogenic climate change in Africa between 1995 and 2020. They used observed population growth and the overall reduction in child mortality rate due to factors such as improvements in health services and disease control to estimate the fraction of mortality caused by heat extremes.

A comparative risk assessment was then conducted to project the numbers of heat-related child deaths that may occur in future decades up to 2050 under low, medium, and high emissions scenarios.

As there is very limited epidemiologic information available on the relationship between temperature and mortality in children in African countries, the team used previous studies in two countries, Ghana and Kenya, to represent high and low bounds of heat-related mortality burdens for the continent. This work, therefore, provides indicative estimates of impacts.

While the team acknowledge the limitations from basing estimates for Africa on studies in only two locations, they believe providing an indicative first estimate showing the scale of the issue is an important step in drawing attention to the problem of heat-related mortality in children under climate change, and the need for further research in this area.

Dr Sarah Chapman, lead author from the University of Leeds, said: “Studies in other regions with tropical and sub-tropical climates have also shown the serious impact of high temperatures on child mortality; therefore climate change is likely to have impacted heat-related child mortality burdens in other parts of the world, particularly south Asia and South America.

“Our results highlight the urgent need for health policy to focus on heat-related child mortality. This is a serious present-day issue, which will only become more pressing as the climate warms.”